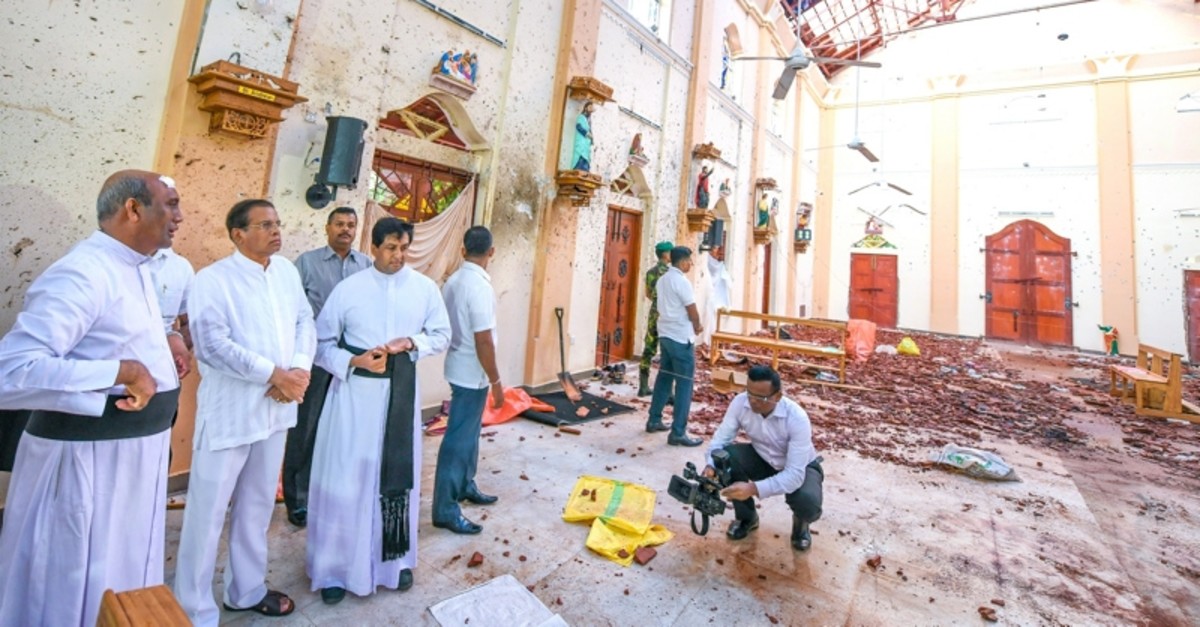 The death toll from multiple bombings which struck Christians worshipping in three churches and people at three luxury hotels rose to 359 on Wednesday. The dead include two Turkish nationals, whose bodies were returned to Turkey on Tuesday so that funerals could be held.

Foreign Minister Mevlüt Çavuşoğlu said Wednesday that Turkey stands together with Sri Lanka in its fight against terror.

"We are shocked by the heinous terrorist attacks targeting innocent people at churches and hotels, claiming lives of more than 300 people and injuring many more on 21 April 2019 in Sri Lanka," Çavuşoğlu wrote to the Sri Lankan Embassy in Ankara.

"We are also grieving for our two citizens who are among the casualties," Çavuşoğlu added.

Çavuşoğlu reiterated Ankara's condemnation of the attacks in the "strongest terms," conveying condolences to the families and Sri Lankan government.

Replying on Twitter, Sri Lanka's mission expressed its thanks to Çavuşoğlu and Turkey for its "overwhelming support and solidarity" in the aftermath of the Easter Sunday attacks.

Sri Lanka's government on Wednesday acknowledged "major" lapses over its failure to prevent the horrific Easter attacks, despite prior intelligence warnings.

Sirisena, who is also defense and law and order minister, pledged Tuesday to make "major changes in the leadership of the security forces in the next 24 hours."

"The restructuring of the security forces and the police will be completed within a week," he said.

He also called an "all party conference" with the country's political parties for Thursday, and will meet with religious leaders too.

Police have so far arrested 58 people, all Sri Lankans, and security remains heavy, with bomb squads carrying out several controlled explosions of suspect packages on Wednesday.

The Daesh terror group claimed responsibility for the attacks on Tuesday. Authorities remain unsure of its involvement, though many suspect experienced foreign militants were advising, funding or guiding the attackers.