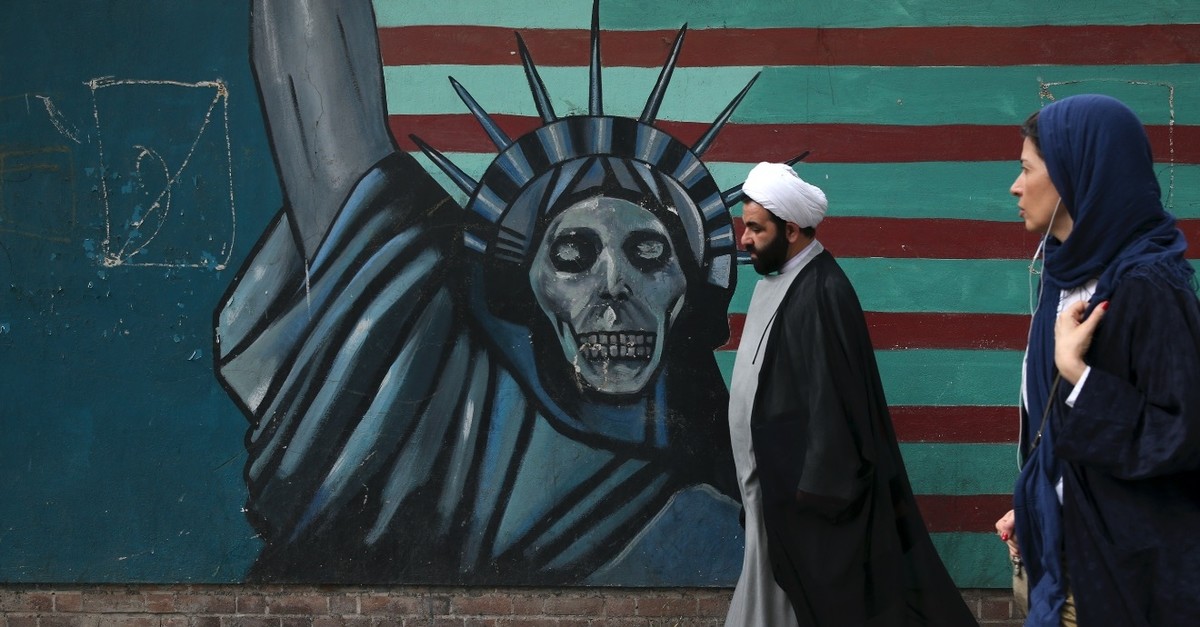 Diplomacy seems like the only way for Turkey to reduce the regional impact of U.S. sanctions on Iran and protect its national interests

Amid Washington's increasing pressure on countries previously exempt from Washington's sanctions on Iran, Ankara persistently states that growing tension may spark destabilization in the region while pondering options to minimize the negative effects of the expiring exemption. U.S. President Donald Trump administration's uncompromising attitude on Iran, including the designation of Iran's Revolutionary Guard as a terrorist organization and the decision to end sanctions waivers on Iranian oil imports for eight countries, will likely prompt intense Turkish diplomacy on the issue. Being one of the previously exempted countries, Turkey immediately reacted to the U.S. decision and Foreign Minister Mevlüt Çavuşoğlu issued stern messages to Washington Monday.

One of the reasons whipping up Ankara's reaction was addressing the United Arab Emirates (UAE) and Saudi Arabia as possible alternatives to Iran for oil purchases. Çavuşoğlu stressed that forcing Turkey to resort to alternatives is an "encroaching" attitude, and also politically and ethically wrong. "Now, the U.S. has taken unilateral action and is asking other countries to pay for this decision," he said.

The Trump administration said Monday that it will no longer exempt any countries from U.S. sanctions if they continue to buy Iranian oil, stepping up pressure on Iran in a move that primarily affects the five remaining major importers: China and India, and U.S. treaty allies Japan, South Korea and Turkey. The decision means sanctions waivers for these five nations won't be renewed when they expire on May 2.

Çavuşoğlu indicated that the U.S. is trying to kill two birds with one stone with its recent policy. "The U.S. has escalated tension against Iran with Israeli support and increases the oil exports of its cohorts," he said.

These developments should also be evaluated in the light of two intelligence operatives' arrests in Istanbul on Monday, who confessed to spying on Arab nationals on behalf of the United Arab Emirates (UAE), one of whom is suspected of having connections to the murder of dissident Saudi journalist Jamal Khashoggi. Moreover, addressing the UAE as an alternative for oil purchases, a country that has been harboring a hostile attitude toward Turkey in recent years, sparked indignation on the Turkish side.

Speaking to Daily Sabah on the possible effects of the U.S. decision, Hakkı Uygur, the deputy chair of the Center for Iranian Studies (İRAM) in Ankara, said the move significantly increased the possibility of new clashes in the region as it may lead to the bankruptcy of Iran's economy and trigger a situation similar to Iraq in the '90s or today's Venezuela.

Stressing that Iran has no equivalent instruments against the Trump administration, Uygur said those who previously bought the lie of "weapons of mass destruction" before the Iraqi intervention could be persuaded with similar narration. "On the other hand, Iran can sustain its economy through Turkey and Russia, but eventually it has to give concessions to Washington. The Trump administration won't give up until it gets compromises on stopping the development of ballistic missiles and the enrichment of uranium," Uygur said.

Trump made the decision as part of the his administration's "maximum pressure" campaign on Iran that aims to eliminate all of its revenue from oil exports that the U.S. says funds destabilizing activity throughout the Middle East and beyond. With this decision, no more sanctions waivers will be granted, choking off Iranian income that had been more than $50 billion a year.

"Turkey's oil imports will be significantly reduced and the two countries' relations will hit a serious low on various fields, including tourism and trade," Uygur said, emphasizing that the sanctions on Iran will remain a secondary issue in bilateral relations. "If the U.S. will take steps against the Gülenist Terror Group (FETÖ), S-400 missile systems, F-35 jet fighters and PKK-affiliated People's Protection Units (YPG) in Syria, Turkey may soften its tone against the sanctions," he said.

Crude oil imports of Turkey from Iran have been on the decline since May 2018, when U.S. sanctions against Iran were announced, followed by a complete reset in November. According to information compiled from Energy Market Regulatory Authority (EMRA) data, Turkey stopped oil purchases from Iran in November last year and met its crude oil needs from Iraq, Kazakhstan, the Russian Federation, Kuwait, Nigeria, Saudi Arabia and Azerbaijan, respectively. Imports, which had a monthly average of over 1 million tons, decreased to 285,000 tons in June 2018. Even though this amount increased again to 800,000 tons in July, it gradually decreased, followed by a complete reset in November.

On the other hand, evaluating Turkey's attitude against U.S. sanctions, Iran's ambassador to Ankara, Mohammed Farazmand, said Turkey is not only protecting the interests of Iranian people but also serves the national interests of its own country. "Because the two countries have mutual national interests," he said in a reception of Iranian Armed Forces Day in Ankara on Monday.

Overall, the developments around the sanctions and their possible repercussions will be intensively monitored by Ankara, while relations with Washington will likely accelerate in terms of ongoing bilateral issues. Meanwhile, President Recep Tayyip Erdoğan's latest statement during the National Sovereignty and Children's Day reception on Tuesday, which was pointing out an upcoming talk with Trump, could be taken into the consideration in this sense.