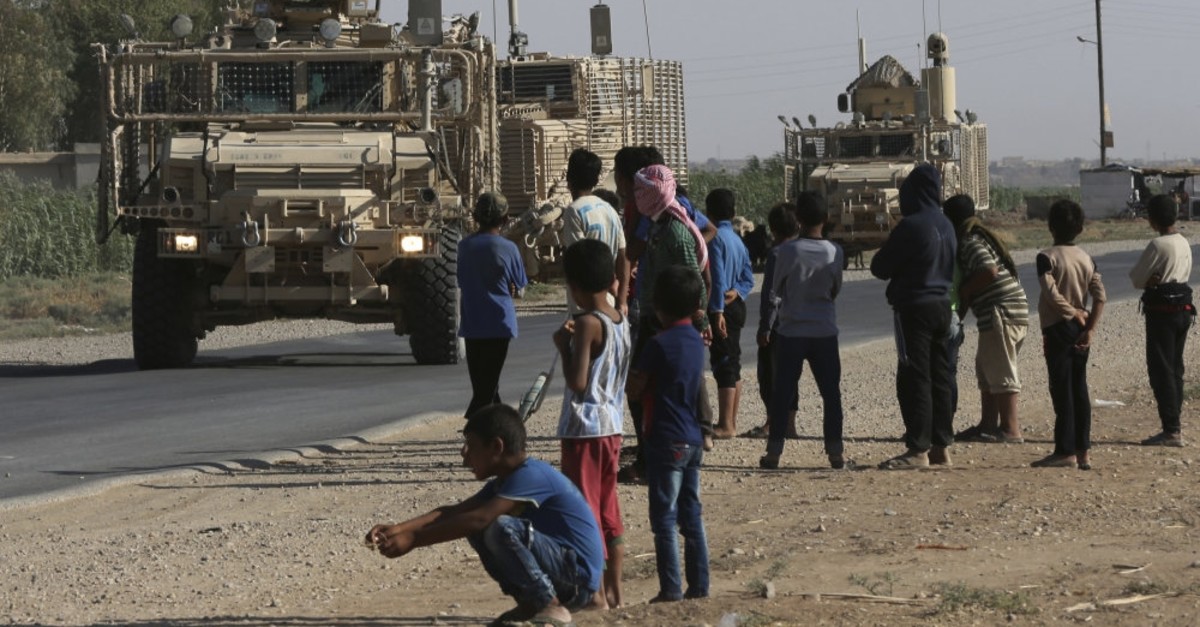 Turkey and the U.S. are discussing the possibility of joint patrols in the area east of the Euphrates in northern Syria, the region where the long-awaited safe zone is supposed to be established

The U.S. and Turkey are reportedly negotiating a plan to jointly patrol a 32-kilometer deep safe zone in northern Syria along the Turkish-Syrian border; however, Ankara continues to be wary of Washington's promises.

Citing officials from both countries, The Washington Post stated on Thursday that following failure to garner support from its allies for a post-withdrawal policy to fight Daesh, U.S. President Donald Trump's administration is now looking to negotiate with Ankara for a jointly patrolled safe zone, a move contradicting media reports and some U.S. officials' remarks suggesting that the safe zone may be secured by coalition forces or local security.

"There are still differences of significance but will on both sides to find solutions," a senior U.S. government official told the newspaper, saying that the White House would prefer a narrower zone than the planned one.

The article also added that the joint patrols will be an additional task for U.S. patrols, which are expected to decrease by more than half their current number, 2,000, in the war-torn country.

In December last year, Trump announced that Washington would pull its troops out of Syria, saying that Daesh was defeated. The withdrawal decision was quickly interpreted as a sign of the end of U.S. support for the PKK-affiliated People's Protection Units (YPG), which Turkey sees as a terrorist organization. Yet, in the face of mounting hints that the country will maintain its support for the terrorist organization and contradictory statements from officials on the pullout process, President Recep Tayyip Erdoğan and Trump began discussing setting up a 32-kilometer safe zone to ease Turkey's security concerns.

In relation to the issue, Foreign Ministry spokesman Hami Aksoy yesterday stressed that negotiations are ongoing, and the allies have met three times since February, the last one being on March 22 within the framework of the Safe Zone Task Force negotiations.

He emphasized that, "Turkey will never give up on the three components required for the safe zone: Its depth, control and the nonexistence of the YPG within the zone."

Pointing out that the withdrawal process of the White House continues to remain unclear with no clear information on its scope nor its schedule, Aksoy underline that for these reasons, it can be deduced that the U.S. is not planning to pull out from Syria completely.

"Washington re-adopted its threatening tone, which we found unacceptable and useless, and the U.S. should understand this," he added.

Accordingly, Turkey has continued to strengthen its military build-up near the Syrian border to prepare for every possible scenario by sending three military convoys, including military personnel and ammunition, to the area.

Ankara-Washington relations have been at odds due to the latter's support for the terrorist organization as Turkey argues that using one terrorist group to fight another is illogical. Turkey sees the YPG as an extension of the PKK, which has claimed the lives of more than 40,000 people in a 30-year terror campaign. The U.S., however, while listing the PKK as a terrorist group, opted to continue its military support for the terrorist organization by providing truckloads of military supplies and training under the pretext of fighting Daesh, despite the warnings of its NATO ally.

Noting that the establishment of a constitutional committee will accelerate this process, Aksoy highlighted that the committee should be balanced to be considered legitimate in the eyes of the international community.

As a part of finding a political solution to the conflict, three guarantor countries, Turkey, Russia and Iran, launched the Astana process with the aim of bringing all warring parties in the Syrian conflict to the table to facilitate U.N.-sponsored peace talks in Geneva. The Astana talks aim to establish an U.N.-backed constitutional committee in Syria to find a political solution to the conflict. The planned constitutional committee will be tasked with carving out Syria's post-war constitution, which is seen as a stepping stone to elections in the war-torn country.

The committee will include 150 members, a 50-member delegation from the regime and a 50-member delegation from the opposition. However, little progress has been made since the participants in the Syrian National Dialogue Congress agreed to form the committee on Jan. 30, 2018. The Syrian regime has repeatedly objected to the 50 members of the committee representing civil society, experts, independents, tribal leaders and women.