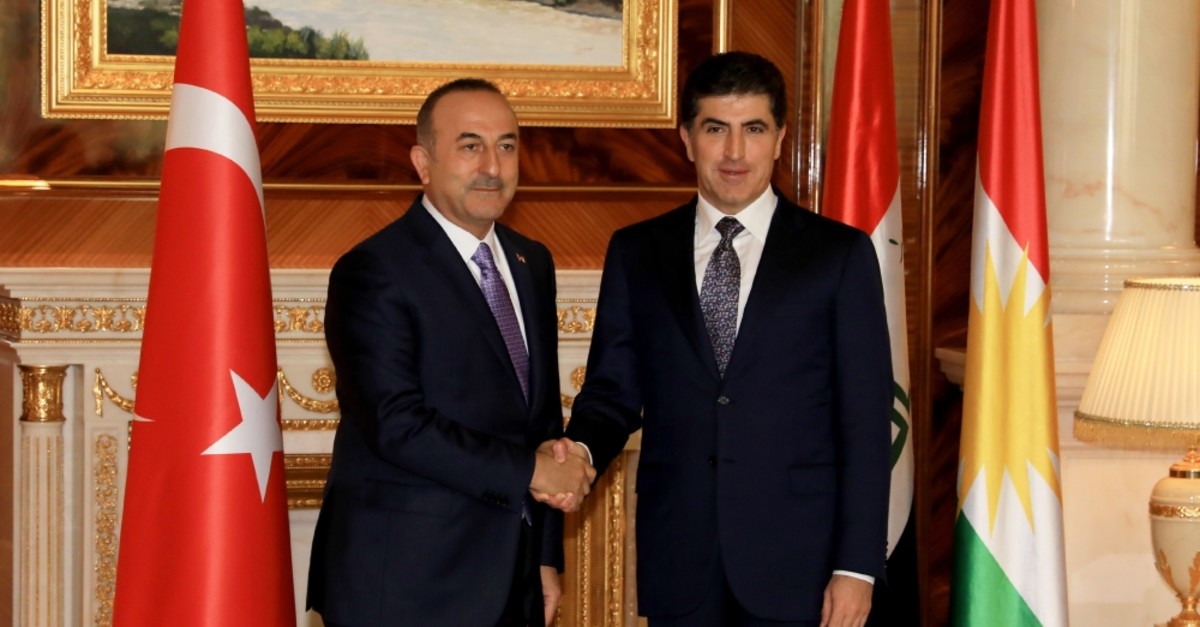 Foreign Minister Mevlüt Çavuşoğlu arrived in Irbil to meet top Kurdistan Regional Government (KRG) officials, bringing an end to a two-year standoff following an illegal independence referendum in northern Iraq's semi-autonomous Kurdish region. The foreign minister and his delegation met KRG Prime Minister Nechirvan Barzani behind closed doors at the prime minister's residence in Irbil. Çavuşoğlu also had a meeting with the head of the Kurdish Regional Security Council Masrour Barzani. The KRG held a controversial referendum in 2017 to gain independence from Iraq which strained its ties with countries in the region. The illegitimate referendum was heavily criticized by most regional and international actors, many warning that it would distract from Iraq's ongoing fight against terrorism and further destabilize the already volatile region.

Çavuşoğlu also had a meeting with representatives of the Iraqi Turkmen Front in Irbil. "Our Turkmen brothers, who are [the] third largest ethnic group in Iraq and the second largest in KRG, should be represented," Çavuşoğlu said.

Iraqi Turkmen, also known as Iraqi Turks, are a Turkic-speaking minority whose total population is estimated at some 3 million. The Turkmen Front occupies two out of 328 seats in the Iraqi Parliament.