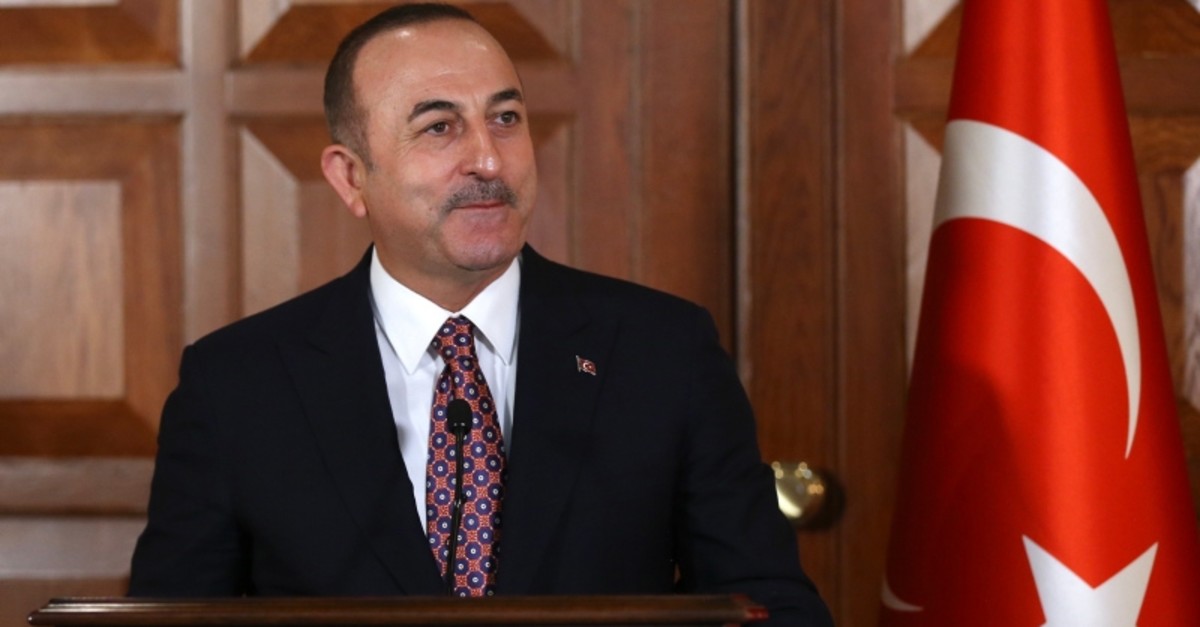 Foreign Minister Mevlu00fct u00c7avuu015fou011flu holds a joint press conference with his Paraguayan counterpart at Turkish Foreign Ministry in Ankara, on May 2, 2019. (AA Photo)
by Daily Sabah with AA May 02, 2019 3:14 pm

The crisis in Venezuela can be solved through dialogue and working together, not sending in troops or overthrowing the government, Foreign Minister Mevlüt Çavuşoğlu said on Thursday.

"Turkey is opposed to military intervention and coups. Problems can be solved through dialogue and cooperation," Çavuşoğlu told a joint news conference with his Paraguayan counterpart Luis Alberto Castiglioni in Turkey's capital Ankara.

"Those who are in an effort to appoint a postmodern colonial governor to Venezuela where the president was appointed by elections and where the people rule should know that only democratic elections can determine how a country is governed," he tweeted.

Çavuşoğlu emphasized that even countries that have cut diplomatic ties with the Venezuelan government are opposing the military intervention. "A military coup or foreign intervention will spill the blood of Venezuelan people. All countries share this opinion. In this regard, an external force for a government change will only drag Venezuela into chaos, or even into a civil war. It will be not only a calamity for Venezuela but for all the region," he said.

Speaking on the latest developments in Sudan and Libya, the foreign minister emphasized that Turkey will continue to side with the Sudanese people, criticizing Libyan strongman Khalifa Haftar for launching an offensive amid a peace process in the war-torn country. "We don't accept Hafter's attack on Tripoli. He said that he is fighting against terrorism but terrorist organizations [also] are attacking the Government of National Accord," Çavuşoğlu said.

Dozens were killed when Haftar's forces launched an assault to capture Tripoli last month and thousands of others have been displaced in areas where fighting between Haftar's self-styled army and the government forces escalated. Libya has remained dogged by turmoil since 2011 when a NATO-backed uprising led to the ouster and death of former President Moammar Gadhafi after more than four decades in power.