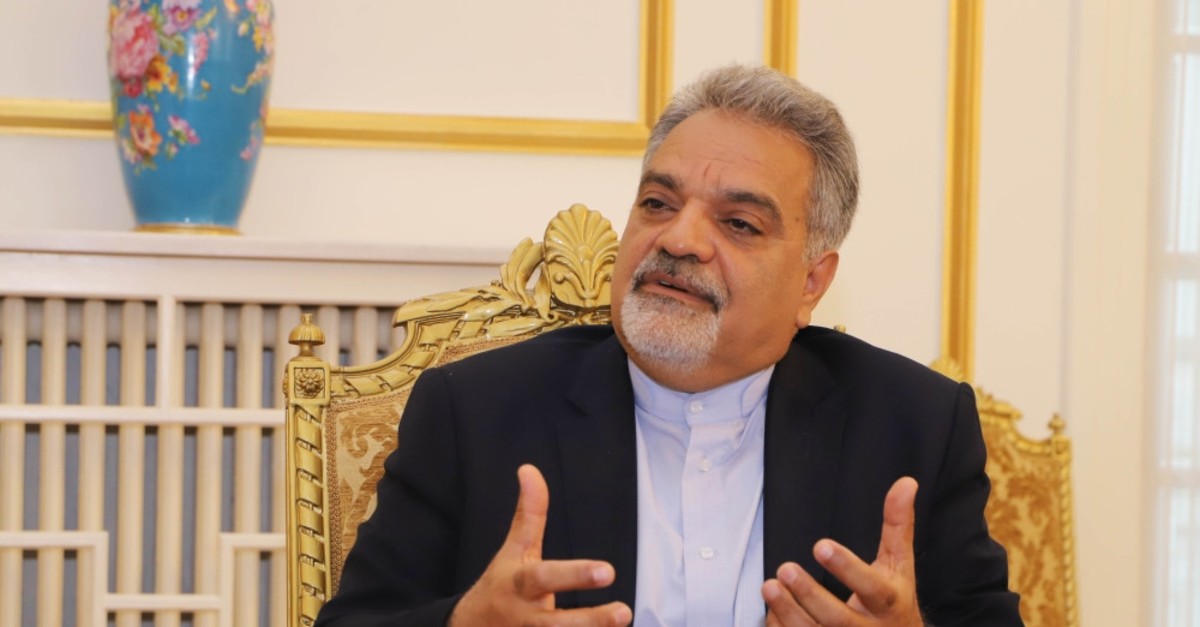 There is no gap between Iran and Turkey over regional issues, including Syria, said Iranian Ambassador to Turkey Mohammed Farazmand

Washington is not only punishing Iran but every country that has commercial ties with it by violating the Joint Comprehensive Plan of Action (JCPOA), Iranian Ambassador to Turkey Mohammed Farazmand said, adding that the international community should stand against this unilateral move. "The U.S. made some unfair arrangements and reintroduced sanctions, which are unlawful according to international law and U.N. resolutions. These actions are not only against Iran, but also against Europe, neighboring countries and the international community," Farazmand said in an exclusive interview with Daily Sabah. Last May, the U.S. withdrew from the landmark nuclear deal, which was signed in 2015 between Iran and the P5+1 group of nations – the five permanent members of the U.N. Security Council plus Germany.

The Donald Trump administration also said last week that it will no longer exempt eight countries from U.S. sanctions if they continue to buy Iranian oil, stepping up pressure on Iran in a move that primarily affects the five remaining major importers: China, India, Japan, South Korea and Turkey.

Stressing that it is no secret that some regional countries, including Saudi Arabia, have tried to replace Tehran's role in the energy market, Farazmand said the U.S. is marketing these exporters' oil to the customers of Iran. 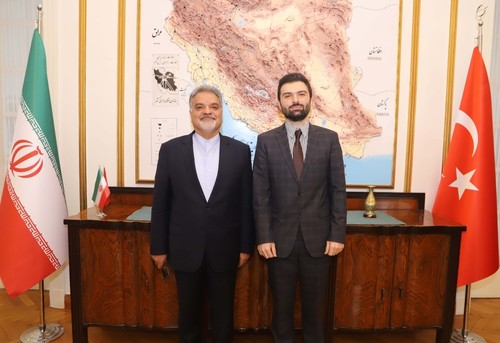 One of the customers expected to switch over to oil suppliers in Saudi Arabia and United Arab Emirates (UAE) was Turkey. However, Ankara reacted strongly to Washington's attempts. Foreign Minister Mevlüt Çavuşoğlu stressed in late April that forcing Turkey to resort to alternatives is an "encroaching" attitude, and also politically and ethically wrong. "Now, the U.S. has taken unilateral action and is asking other countries to pay for this decision," he said. Some pundits have drawn attention to technical aspects of Turkish refineries that make it unable to change its suppliers.

Touching on the unilateral actions of Washington in recent years, Farazmand said there will be no end to the arbitrary moves of the U.S. and necessary steps should be taken by regional countries to defend their national interests.

"Trump doesn't like whatever the Obama administration did. The JCPOA is one of the deals Trump canceled. He also made unilateral decisions on Jerusalem, the Golan Heights, the IRGC [Iranian Revolutionary Guard Corps], et cetera. If we don't stop this unilateralism, the future of the region will be dark," the Iranian envoy said.

Speaking on the Astana process initiated by the three guarantor countries – Turkey, Iran and Russia – to find a permanent solution to the eight-year Syrian civil war, the Iranian envoy emphasized that great progress has been made toward de-escalation in Syria through bilateral and trilateral negotiations and mechanisms between the three countries.

The first meeting of the Astana process was held in Turkey in January 2017 to bring all warring parties in the Syrian conflict to the table. The latest round, the 12th Astana talks, was held in the Kazakh capital on April 25-26. Earlier this week, the U.N. peace envoy for Syria, Geir Pedersen, said warring sides diminished divergences during the Astana peace talks, which plans to form a committee to draft a new constitution for post-war Syria in the coming months.

Farazmand said there have been routine meetings between officials from interior ministries to discuss steps on regional issues, including the fight against terrorism, adding that the two countries understand each other's concerns.

"There is no gap between Iran and Turkey over the regional cases, including Syria, its national sovereignty and territorial integrity," he said.

Reiterating the target of $30 billion in bilateral trade set by President Recep Tayyip Erdoğan and Iranian President Hassan Rouhani, Farazmand said there has been increasing activity in border gates signaling that the two countries are a step closer to the commerce goal.

In February, Turkey completed the modernization of Kapıköy Customs Gate located in the Saray district of eastern Van province with a near TL 100 million investment to further contribute to trade with Iran and regional tourism.

Farazmand said the level of touristic exchange between the two countries is around 2 million, with more Iranians coming to Turkey.

"I want to introduce my country more to Turkish brothers. Also, there have been some efforts of tourist agencies in this regard. We have a 6 million tourist exchange with Iraq, and I hope that we reach this number with Turkey too," the Iranian envoy added.

He also underlined that there are also some intergovernmental efforts being made to extend the railway between the two capitals to further boost tourism.