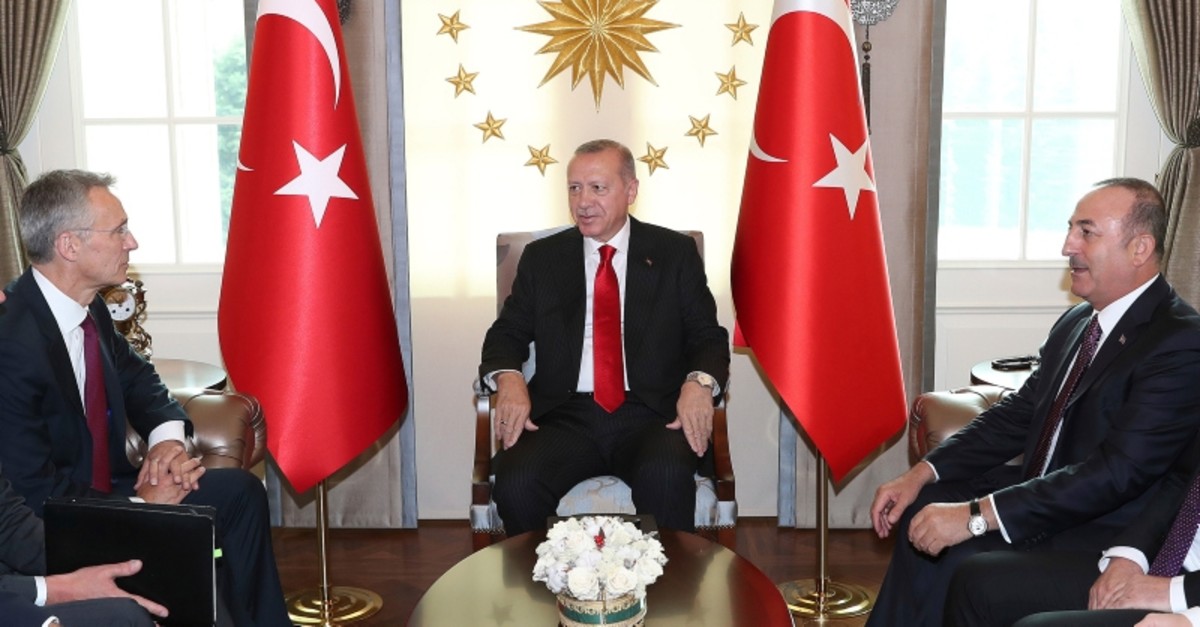 Ankara's sole expectation from its NATO allies is that they act in accordance with the spirit of the alliance, particularly against terrorist groups threatening Turkey, President Recep Tayyip Erdoğan said Monday at the NATO meeting of the North Atlantic Council with the Mediterranean Dialogue (MD) partners in Ankara.

Erdoğan underlined that Turkey was the only NATO country to engage in direct combat with Daesh terrorists in Syria.

"In Idlib, which was on the verge of a great humanitarian catastrophe, we took the initiative to ensure peace. We thereby prevented the deaths of hundreds of thousands of innocent Syrians and prevented irregular migration flow which would have shaken Europe deeply," Erdoğan said.

"We have ensured the return of 320,000 Syrian refugees to the safe zones we freed of terror," he added.

"We expect our friends in NATO to act only in accordance with the spirit of the alliance and to hold the alliance's founding values," the president said, referencing the fight against terror groups which threaten Turkey's security.

These terror groups include the PKK's Syrian affiliate the People's Protection Units (YPG), with which the United States has partnered in its fight against Daesh, supplying the terror group with weapons and support.

The Gülenist Terror Group (FETÖ), responsible for the failed July 15, 2016 coup attempt, poses a continuing threat to Turkey's security. Ankara also accuses FETÖ of being behind a long-running campaign to overthrow the state through the infiltration of the police, military and judiciary.

"FETÖ continues its destructive activities abroad without interruption," Erdoğan said. "Unfortunately, some of our allies offer opportunities to the ringleaders of this terrorist organization to escape justice."

He also mentioned the defense of Turkey's rights under international law in the Eastern Mediterranean, where Turkey has begun offshore drilling in its rightful area off the island of Cyprus.

The president stressed that Turkey disapproves of attempts to flare the discussion of issues impinging upon Turkey's sovereignty, such as Ankara's purchase of an S-400 air missile defense system from Russia.

"Within the framework of the NATO alliance, steps taken in order to arbitrate our national security must be evaluated in their own course," he said.

NATO Secretary-General Jens Stoltenberg is visiting Turkey on Monday and Tuesday. He chaired the meeting of the North Atlantic Council with the MD partners in the capital Ankara on Monday. He will also hold bilateral meetings with senior Turkish government officials on a variety of topics, including Turkey's purchase of the S-400s.