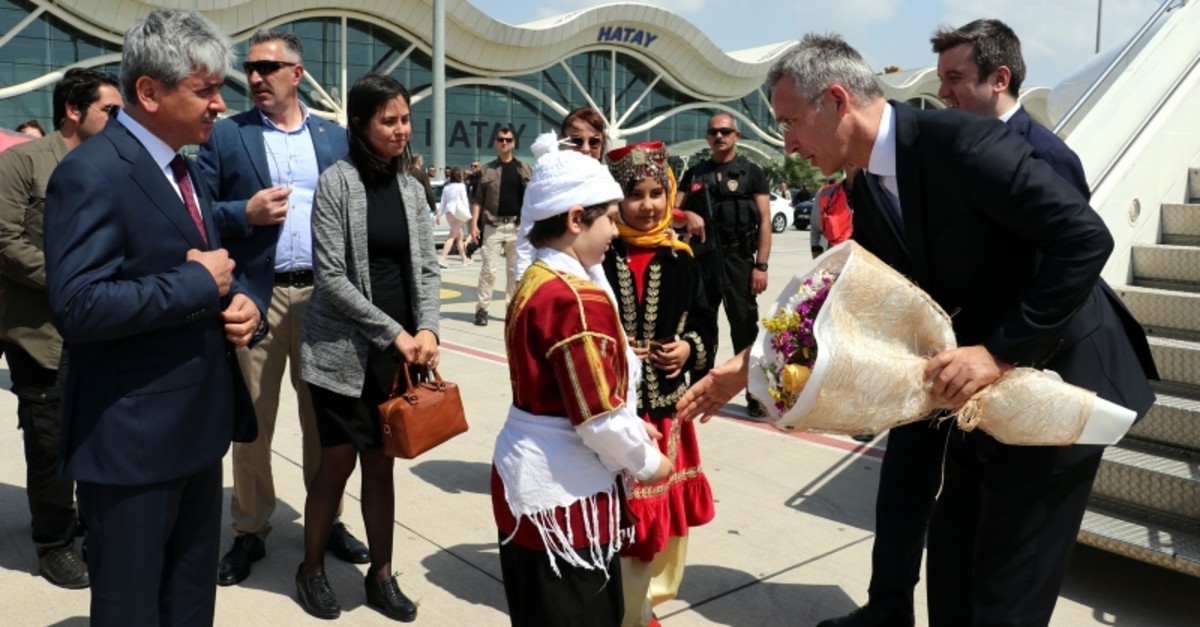 NATO Secretary-General Jens Stoltenberg visited Tuesday southern Turkey's Hatay, a city near the Syrian-Turkish border, to participate in a presentation on regional threats against the country.

The meeting also discussed post-operation infrastructure works in the territories liberated by Turkey's Operation Olive Branch and Operation Euphrates Shield as well as the support provided for refugees who want to return home.

Turkey is the only NATO state that has had close combat with a terrorist organization that posed a threat to the whole world. Previously, Turkey conducted two offensives in northern Syria: Operation Euphrates Shield and Operation Olive Branch.

The first, Operation Euphrates Shield, was launched by Ankara in Aug. 2016 to clear its borders of Daesh terrorists. The second, Operation Olive Branch, was launched in Jan. 2016 to prevent the PKK-affiliated People's Protection Units (YPG) ultimate plan of establishing an autonomous region in northern Syria by connecting so-called cantons of Afrin to Kobani and Jazeera.

Following the operations, Turkey has also been involved in rebuilding infrastructure and health and educational institutions in the towns. Schools are being renovated and a hospital is being built. Turkey has also helped locals build olive oil facilities in the town where agriculture is the main source of income for residents. Thanks to the success of both operations and post-operation developments in the liberated areas, the number of refugees returning to their hometowns has increased in recent months, reaching more than 320,000. 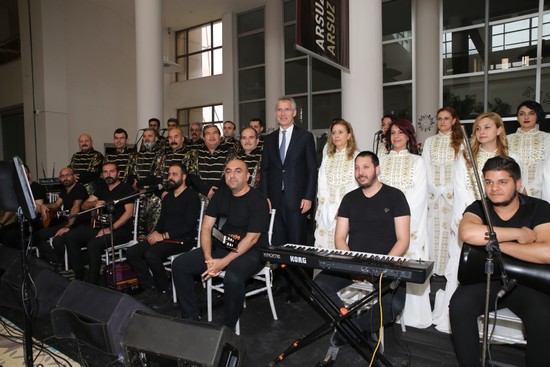 Following the meeting, Stoltenberg and the accompanying delegation visited the Cave Church of Saint Peter, known as the world's first cathedral, and the Archaeology Museum of Hatay, where a performance was displayed by the Antakya Civilizations Choir formed by members from three Abrahamic religions and six different sects. Stoltenberg sang the Norwegian song "Du Ska Fa En Dag" along with the choir. 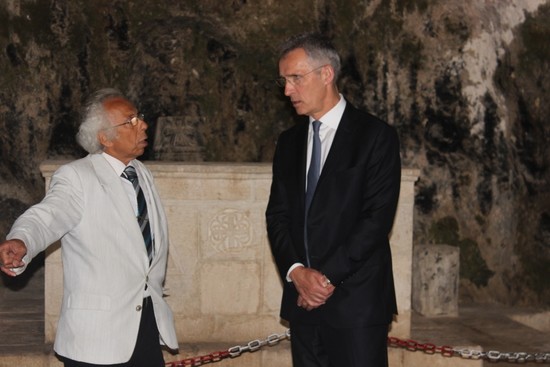 According to UNESCO's website, the church dates to the years 38-39 A.D. and was dedicated to the first pope, St. Peter (Pierre). In 2011, it was added to UNESCO's Tentative World Heritage List. The church, which has a common name like hundreds of Christian churches in the world, is actually believed to be the first Christian church built by the said disciple of Jesus Christ. The name "Christian" was also first used during a meeting of the congregation here, according to popular belief. St. Peter himself preached Christianity in Antioch where modern-day Hatay is located. It was not preserved in the original state but the Christian community kept the hillside cave church mostly intact with multiple restorations. It was declared a pilgrimage site in 1963 by Pope Paul VI.

The church is located on the foothills of Mount Starius (Starion), locally known as Mount Habib al-Nejjar, a Muslim martyr believed to have lived in the same era with Jesus Christ. A mosque dedicated to Habib al-Nejjar and believed to be containing his tomb is among the landmarks of Antakya.

Following Stoltenberg's visit, Kıran and Doğan opened Tuesday the representative office of the Ministry of Foreign Affairs also next to the historic mosque. Kıran said the office will closely monitor the process regarding migrants and the situation in Syria.

Antakya, also known by the name Antioch, was established by Seleucus I Nicator, one of Alexander the Great's generals, in the fourth century B.C. It is known to be the first place where the followers of Jesus were referred to as Christians and among the oldest continuously inhabited cities in the world. The region, known as Hatay Province after joining Turkey with a referendum in 1939, has a diverse population with Arab Alawites, Orthodox Greek and Arabs, and Armenians being main minority groups.