Turkey denounces US remarks on Istanbul elections, says YSK's decision must be respected 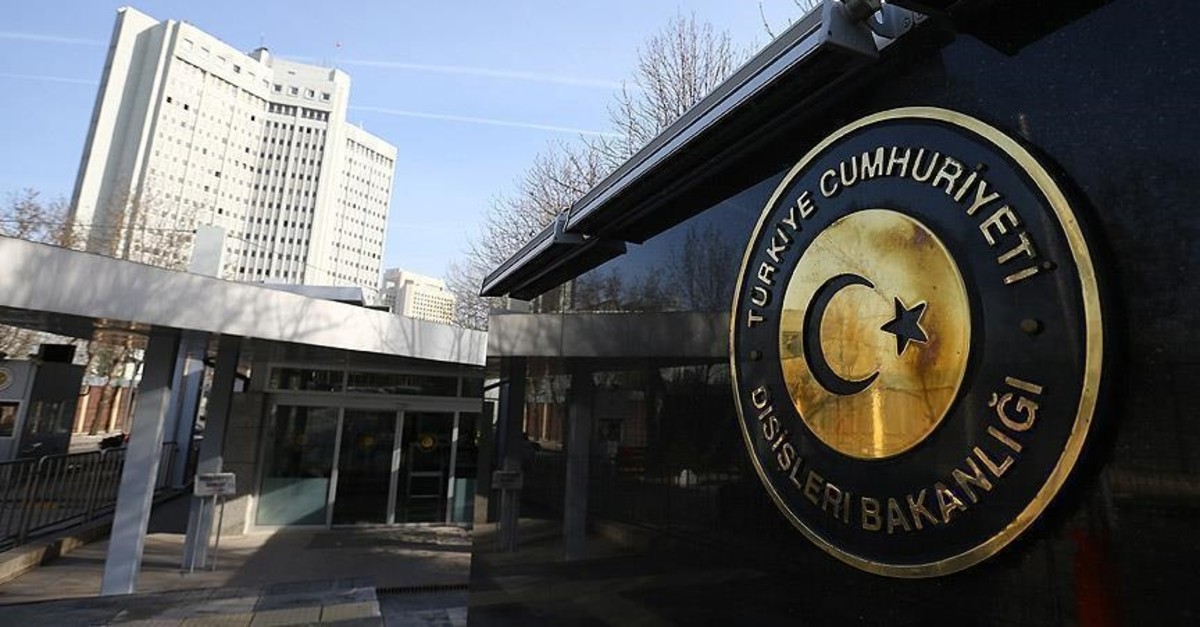 The Turkish Foreign Ministry criticized Thursday remarks by the U.S. on the annulment of mayoral elections in Istanbul, saying that everybody must respect the decision of Turkey's top election body.

In a statement, the ministry underlined that the Supreme Election Council's (YSK) decision was due to unlawful elements detected in the whole process and was independent of the election outcome.

The ministry also pointed out that similar incidents had occurred in the U.S. as well as other countries in the past, and all had been resolved within the principles of democracy.

The ministry was reacting to U.S. Secretary of State Mike Pompeo's comments Wednesday, expressing the U.S. expects the election process to continue in accordance with democratic values since it would benefit all.

Underlining the expectation for the polls to be handled in a free, fair and transparent environment, the U.S. said that a healthy Turkish democracy would serve the benefit of not only Turkey but also all of its allies, including the U.S. The statement emphasized that democratic elections would assist an atmosphere that is a stable, wealthy and trustworthy alliance.

The Turkish Foreign Ministry's statement also comes after the YSK on Wednesday lashed out at the "unacceptable" criticism of its decision to re-run the Istanbul mayoral vote on grounds that some polling officials and staff during the March 31 election were not civil servants as required by law.

"It is unacceptable to personally target and discredit the judges because of the decision they made," was quoted as saying by Anadolu Agency.

The board "will continue to do its duty despite pressure, slander, insult and threats," it added. The statement came after main opposition Republican People's Party (CHP) Chairman Kemal Kılıçdaroğlu described YSK judges voted in favor of annulment of Istanbul elections as a "gang."

Elections in Istanbul, where the Republican People's Party (CHP) candidate Ekrem İmamoğlu was awarded the certificate of the election with only a 13,729-vote difference, were followed by lengthy discussions and objections by parties demanding a do-over election due to irregularities and unlawfulness.

After the elections, the Justice and Development Party (AK Party) submitted an extraordinary objection to the YSK for Istanbul Metropolitan Municipality (IBB), Maltepe Municipality and Büyükçekmece Municipality two weeks ago to cancel and redo the Istanbul municipal election.

The YSK ruled in favor of the renewal of Istanbul mayoral elections but rejected other appeals. The renewed election will be held on June 23.