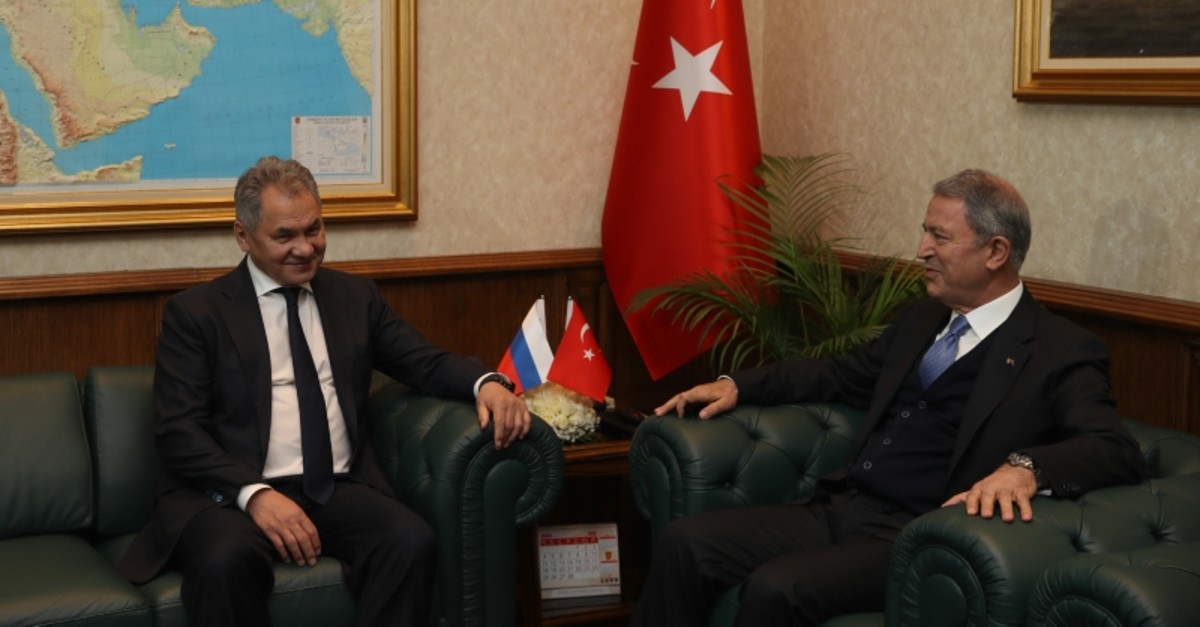 The defense ministers of Turkey and Russia held a phone call on Monday to discuss latest developments in opposition-held Idlib, a northwestern Syrian province, according to an official statement.

"Minister of National Defense Hulusi Akar discussed over the phone with his Russian counterpart Sergei Shoigu regional security issues, especially the latest developments in Idlib province of Syria and measures to be taken to reduce the tension in the area, within the scope of the agreement signed in Sochi," a statement issued by Turkey's Defense Ministry said.

At least 167 civilians have lost their lives in Idlib since April 25, with more than 415 civilians injured, according to civil defense sources.

Some 1.5 million people currently reside in Idlib. Half of them are displaced from other parts of the civil war-torn country.

The regime, however, has consistently broken the terms of the cease-fire, launching frequent attacks inside the de-escalation zone.

Syria has been locked in a vicious civil war since early 2011, when the Bashar Assad regime cracked down on pro-democracy protests.