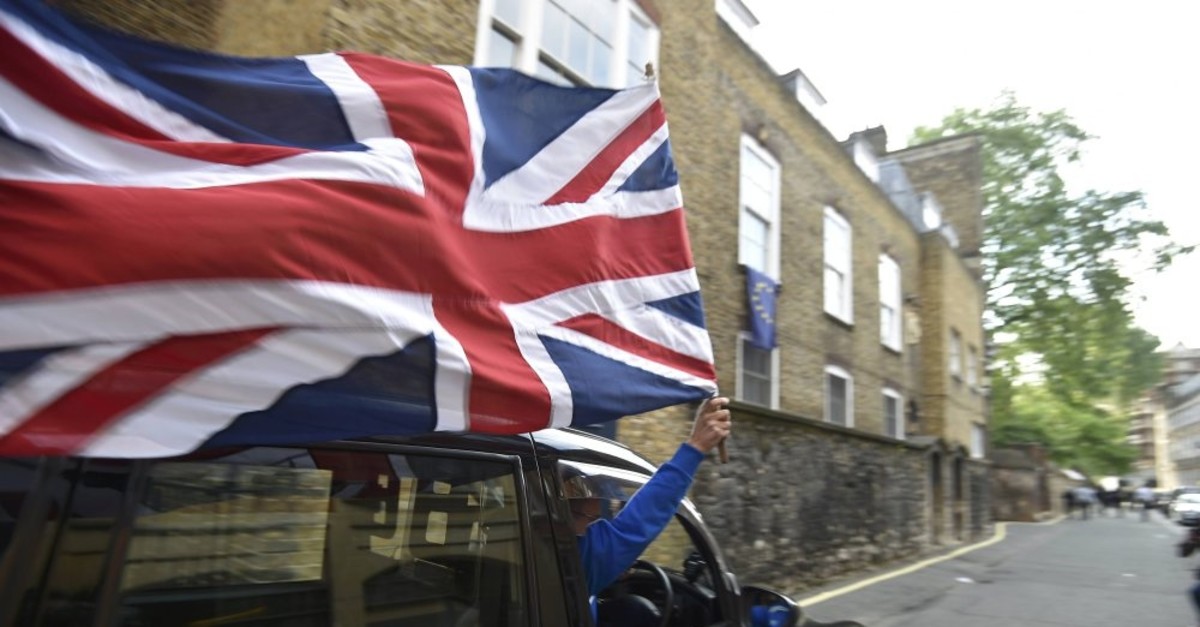 Brexit will not only be beneficial for the U.K., but for Turkey-U.K. relations as well since it will encourage reforms in the customs union

Brexit will boost the economic and political relations between Turkey and the U.K., and also provide an opportunity for Turkey to update its customs union deal with the EU in favor of Turkey's interests, experts say. Turkey-U.K. relations will develop further following the completion of Brexit, according to Neva Sadıkoğlu-Nováky, a British candidate of Turkish descent running in the upcoming European Parliament (EP) elections.

Sadıkoğlu-Nováky is a ruling Conservative Party member and the only British politician of Turkish origin running for an EP seat in this week's elections. She told Anadolu Agency (AA) that Brexit will pave way for a possible reform in the customs union agreement between Turkey and the U.K.

Speaking to Daily Sabah, economist Taha Meli Arvas said it is possible that Turkey and the U.K. could renegotiate bilateral trade deals in which both countries can improve their trade relations while increasing overall trade outside the current customs union framework.

"There are goods that Turkey can't currently export to the U.K. and vice-versa that both countries would be better equipped to do so under a renegotiated trade deal," said Arvas, adding that this is what Brexit supporters have been campaigning for all along.

Speaking about the negative use of Turkey and Turkish citizens in the Brexit campaign prior to the 2016 referendum, Sadıkoğlu-Nováky said she believed that "our focus should be the future instead of the Brexit referendum campaign which took place three years ago." The "leave" campaign had used Turkey's possible EU membership as a threat to the U.K. and unjustifiably said more than 80 million Turks would pour into the country if the U.K. remained a member, in a claim widely rejected as groundless.

During the referendum campaign, the group campaigning to leave the EU used anti-Turkish slogans to win xenophobic votes. The "leave" campaign absurdly argued that if the U.K. remained a member state and in the case of Turkey's membership in the bloc, "That 80 million Turks would come to the U.K." It was a misleading slogan that went unchallenged by the campaign and advertisement watchdogs in the U.K.

"The rising votes of the U.K. Independence Party (UKIP) and far-right parties makes me sad. This is a matter of concern. However, the reason for their rising vote share now is their firm stance on the Brexit. Their rise is not related to Islamophobia but their demand to depart from the EU," she said.

Underlining that the far-right defends the departure from the EU at all costs, Sadıkoğlu-Nováky said: "The Conservative Party attaches importance to a Brexit that would protect citizens' rights and economic interests."

She added that it is easier to be a young female Turkish politician in the U.K. than being one in the EU.

"So far, the Turkish community in the U.K., unfortunately, has not been very active in the Conservative Party and have not gotten very involved in politics in general. That's why there has not yet been an MP from the Turkish community. I hope that this will change in the coming years. But I would like to emphasize that my Turkish identity has never been a negative factor in the British political arena," she said. "Those of Turkish ethnic background in the U.K. make valuable contributions to the economy and society of this country. British citizens of Turkish ethnic background such as myself are a bridge between the two countries," she added.

Sadıkoğlu-Nováky was born in Turkey but grew up in the U.K. She will enter the election as a candidate from the southeast election region that consists of the counties of Berkshire, Buckinghamshire, East Sussex, Hampshire, the Isle of Wight, Kent, Oxfordshire, Surrey and West Sussex.

Approximately 374 million EU citizens will go to polls between May 23 and 26 to elect new members of the European Parliament.

The U.K. is joining the election as the Brexit process could not be completed in time. A Brexit extension has been granted to the U.K. until the end of October by the EU after the previous deadlines of March 31 and April 12 passed without a deal to depart the bloc.