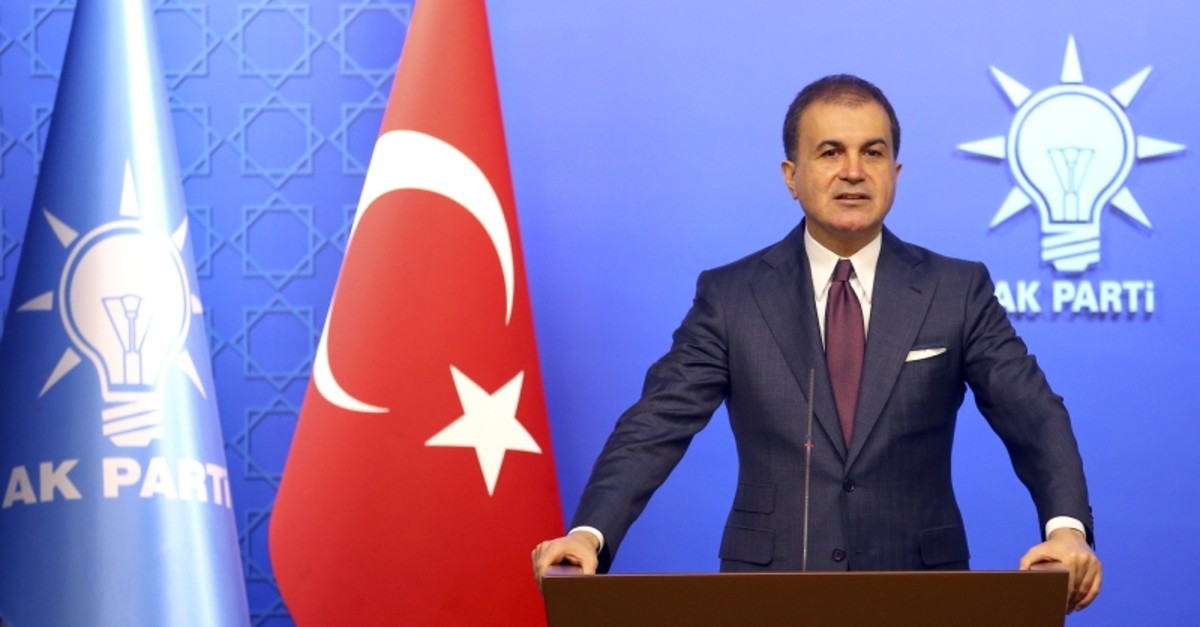 The far-right -- acting like a united group with a common agenda -- is posing great danger to Europe, spokesman for Turkey's ruling Justice and Development Party (AK Party) said Wednesday.

The agenda of European far-right groups starts with enmity toward President Recep Tayyip Erdoğan and spreads to Islam and Turkey, Ömer Çelik told reporters in capital Ankara, referring to European Parliament elections to be held later this week.

Speaking about the ongoing tensions over the drilling in the eastern Mediterranean, he said Ankara will respond to all provocations in the area as well as to protect the rights and interests of Turkey and Turkish Cypriot.

Cyprus was divided into a Turkish Cypriot state in the north and a Greek Cypriot administration in the south after a 1974 military coup was followed by violence against the island's Turks and Turkey's intervention as a guarantor power.

The status of the island remains unresolved in spite of a series of negotiations over the years.

The ruling party official also touched upon the ongoing conflict between the U.S. and Iran, stressing the issue creates "over-capacity" tensions for the region.

The issue had already increased the ongoing tensions in Yemen, Iraq and Afghanistan, Çelik underlined, adding that this is also "extremely dangerous".

U.S. President Donald Trump's administration reimposed sanctions on Iranian oil exports in November after he pulled out of the 2015 Iran nuclear deal between Tehran, Washington and five world powers.

Washington announced last month that it would end sanctions waivers granted to countries that were still buying Iranian oil.

The moves are a part of Trump's "maximum pressure" campaign to curb sales of Iranian oil, denying what Washington said was the country's main source of revenue.