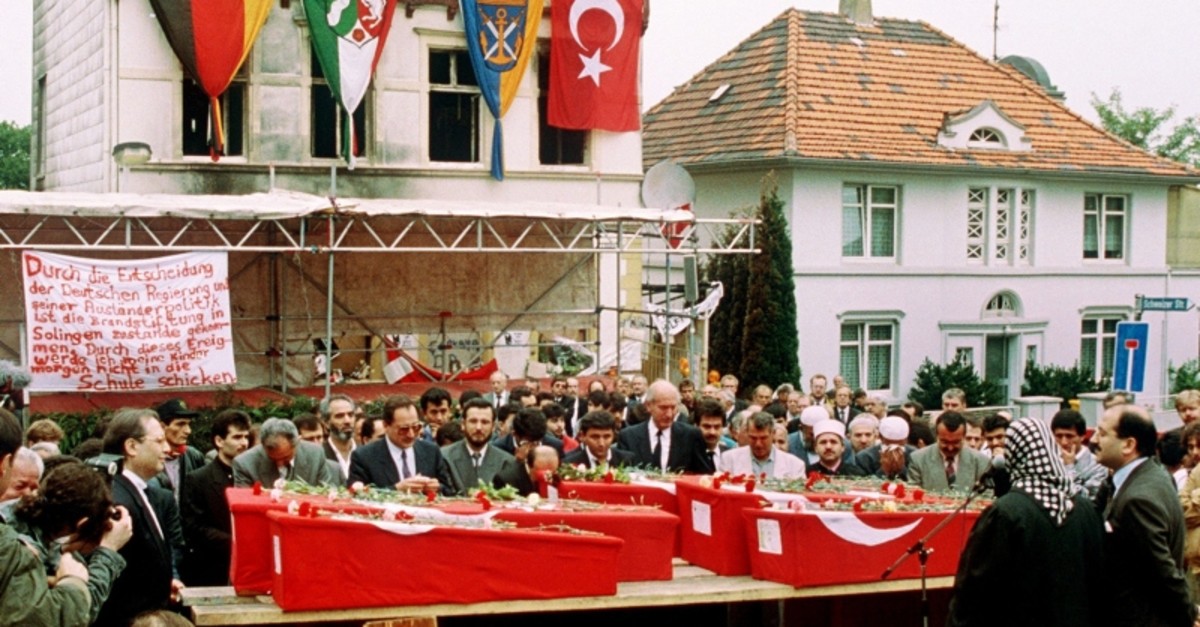 The Foreign Ministry commemorated the victims of the 1993 racist arson attack in Germany that killed five members of a Turkish family on its 26th anniversary on Wednesday, highlighting the importance of preventing soaring anti-Islam sentiment and xenophobia in the country.

"We commemorate with respect and mercy our five citizens who were massacred as a result of the arson attack perpetrated against their house by a group of xenophobes and racists in Solingen, Germany, on May 29, 1993. It is essential to continue relentlessly with the fight against Islamophobia and racism in Europe. We wish such an incident will never happen anywhere else in the world," a ministry statement said.

On May 29, 1993, four people aged between 16 and 23 set ablaze the house of the Genç family in the German city of Solingen in North Rhine-Westphalia, killing five people and injuring 14 others.

Three assailants were sentenced to 10 years in jail, while the other convict was handed down a 15-year term.

"It is of utmost important to draw the necessary lessons from this tragedy, stand together against the menace of racism and take effective measures against xenophobia to prevent the recurrence of such attacks," the statement added.

The statement also called on politicians and media representatives to adopt unifying language rather than a marginalizing and discriminating approach and discourse, and to promote social unity in line with the principle of living together in peace and harmony.

The statement also called for social unity with the help of politicians and the media to battle rising Islamophobia and racism in Europe. It stressed the need to learn lessons from this tragedy and take effective measures to prevent future attacks.

The anniversary came days after anti-immigrant and extremist far-right parties made sizeable gains in European elections, including in Germany.

The Foreign Ministry also praised the decision by Germany's state of Northern Rhine-Westphalia to establish a medal named after one of the attack's survivors -- the Mevlüde Genç Medal -- for people who contribute to tolerance and intercultural reconciliation.

The "Jungs e.V.," an association based in Duisburg fighting against racism and targeting youth, was the recipient of the first award, which was presented Tuesday in an event attended by NRW Prime Minister Armin Laschet, former German President Christian Wulff and Turkey's Düsseldorf Consul General Şule Gürel along with many ministers and lawmakers. Members of the Genç family were also present at the ceremony but Mevlüde Genç could not attend since she was in Turkey. 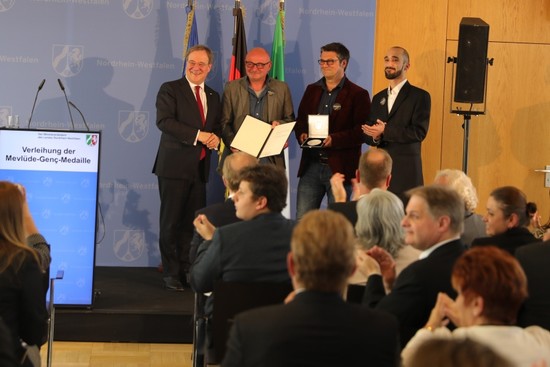 In his speech, Laschet warned of ongoing attacks with xenophobic and racist motives, reaching 1,432 in 2018 alone.

Wulff hailed Mevlüde Genç, who lost two daughters, two granddaughters and a nephew in the attack, as a hero for her tolerant stance.

Though the Solingen tragedy put the xenophobia Turks faced in Germany on the map, the existence of far-right threats against Turks was swept under the rug for years to follow, as the National Socialist Underground (NSU) murders point out.

The NSU killed eight Turks, a Greek citizen and a German police officer and carried out a bomb attack in a Turkish neighborhood between 2000 and 2007, but their crimes were only discovered, accidentally, after two gang members committed suicide in 2011.

After a five-year trial, a Munich court in July 2018 handed a life sentence to main suspect Beate Zschaepe, and gave lighter sentences to four other neo-Nazis, but families of the victims expressed disappointment with the verdict and said the trial had left many key questions unanswered.

Turks in Germany, largely descending from the country's "guest workers" who arrived to aid the post-World War II development boom, often complain of racist attacks and lack of follow-up in police investigations on such incidents.

Germany has witnessed growing anti-Islam and anti-migrant sentiments in recent years triggered by far-right parties, which have exploited fears over the refugee crisis and terrorism. Police recorded 813 hate crimes against Muslims last year. At least 54 Muslims were injured in the attacks, which were carried out mostly by far-right extremists.

Speaking to Anadolu Agency (AA), Mustafa Yeneroğlu, a senior lawmaker in the ruling Justice and Development Party (AK Party), also marked the 26th anniversary of a racist arson attack on Tuesday. Yeneroğlu, a member of the Parliamentary Assembly of the Council of Europe, said the attack was a milestone that showed the dangers of racism.

He added that the fight against increasing racism should have begun at that time in the country. "Racism is today one of the most important issues in Germany," Yeneroğlu said, stressing that it had gained strength to surpass its levels in the 1990s.

"If corporate racism had been fought after the lessons of the Solingen and Moelln disasters, the NSU murders could have been prevented."

On Nov. 23, 1992, Turkish citizens Bahide Arslan and her two granddaughters Yeliz Arslan and Ayşe Yılmaz died after firebombs were thrown into their home by neo-Nazis in the German town of Moelln. Nine others were injured in the attack, which sparked fears among the Turkish immigrant community.

Yeneroğlu said Germany's most important reality was that it was a country of migrants, noting that one of every four people was of migrant descent in the country.

"The legislative, executive and judicial practices, which support this social reality and constitutional pluralism, will shape the future of the country," said Yeneroğlu.

He also said that fighting racism, Islamophobia and anti-Semitism will provide protection of the pluralist social order in Germany.

Germany has a 3 million-strong Turkish community, many of whom are second- and third-generation German-born citizens.