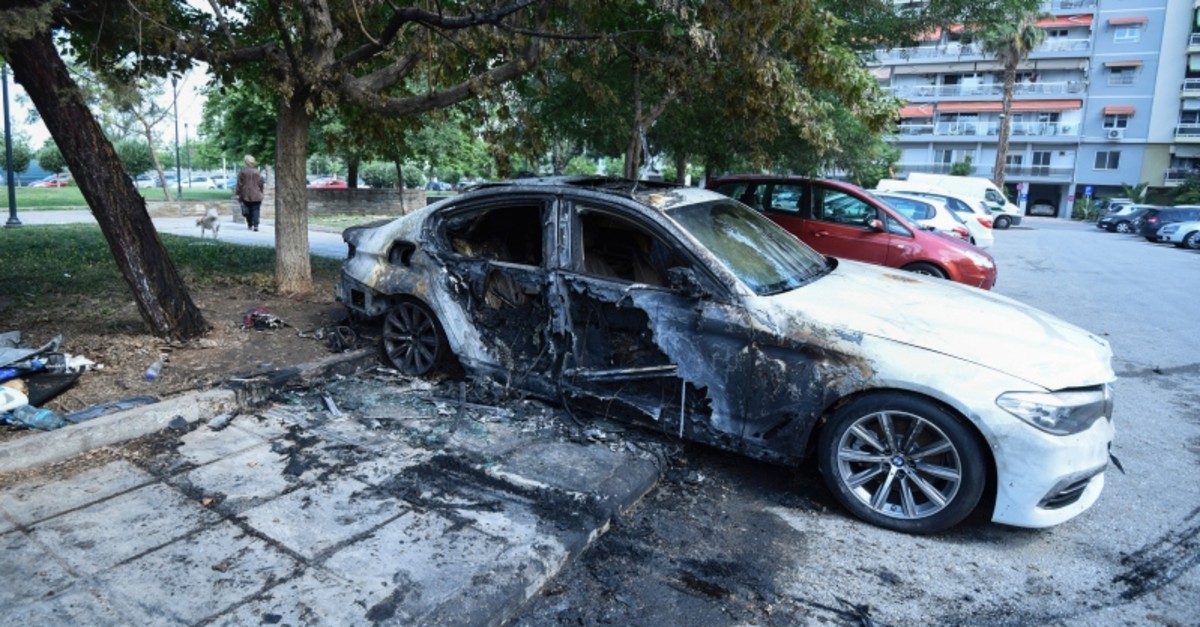 Arsonists targeted two vehicles owned by Turkish nationals, one of them a diplomat, in the northern Greek city of Thessaloniki, destroying the cars and damaging another four, Greek authorities said Monday.

Police said the arsonists struck in the pre-dawn hours of Monday, pouring flammable liquid over the two cars before torching them.

The car of Serkan Buralı, commercial attache of the Turkish consulate, was burned in front of his house.Arsonists targeted another car of a Turkish national working for an international organization.

Firefighters rushed to the scene but the vehicles were completely damaged. No casualties were reported.

Another four private cars parked nearby were severely damaged in the attack.

The Greek police and fire department have launched an investigation into the attacks.

The Greek Foreign Ministry condemned the attacks, describing them as "unacceptable and irresponsible" acts which "are contrary to the values and principles of Greek political civilization and will not achieve their aim."

The incident comes amid tension between Ankara and Athens over sovereign rights and international law in the Aegean and Eastern Mediterranean.