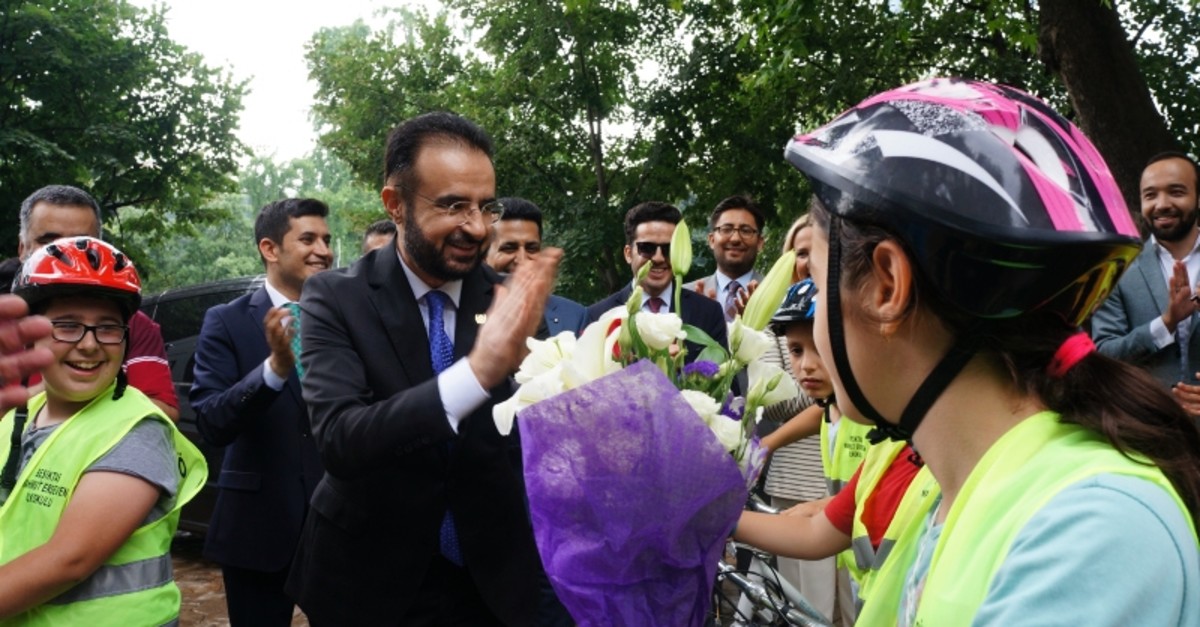 Ten Afghan bikers have completed a 4,118-kilometer-long tour from Afghanistan to Turkey to promote the friendly relationship between the two countries while addressing the importance of the historic Lapis Lazuli corridor.

"The Turkish-Afghan Friendship Cycling Tour", which kicked off in Afghanistan's third-largest city Herat to pass through Turkmenistan, Azerbaijan, and Georgia, ended Wednesday at World Peace Park in Istanbul's Beşiktaş district on the city's European side.

Zakaria Barakzai, Afghanistan's consul general in Istanbul, said that Turkish-Afghan relations have been based on friendship throughout history.

"Our relations are not purely based on economy. Our strong cultural ties can be traced far back," he noted.

Stressing the importance of the Lapis Lazuli trade corridor, initiated by Afghan President Ashraf Ghani as part of the ancient Silk Route, Barakzai noted that it will be of significant benefit to both countries and further solidify their friendship.

He added that traded goods that departed Afghanistan last year to consolidate this project and goal had reached Istanbul.

Lapis Lazuli is one of the projects initiated by the Afghan government to reinitiate the 2000-year-old trade road and one of the shortest routes for Afghanistan to reach the Black Sea and the Mediterranean via Turkmenistan, Azerbaijan and Georgia.

The route significantly reduces the time and cost of transferring exported goods from countries in the region and provides a link between Afghanistan and other South Asian countries with Central Asia, the Caucasus and Europe.