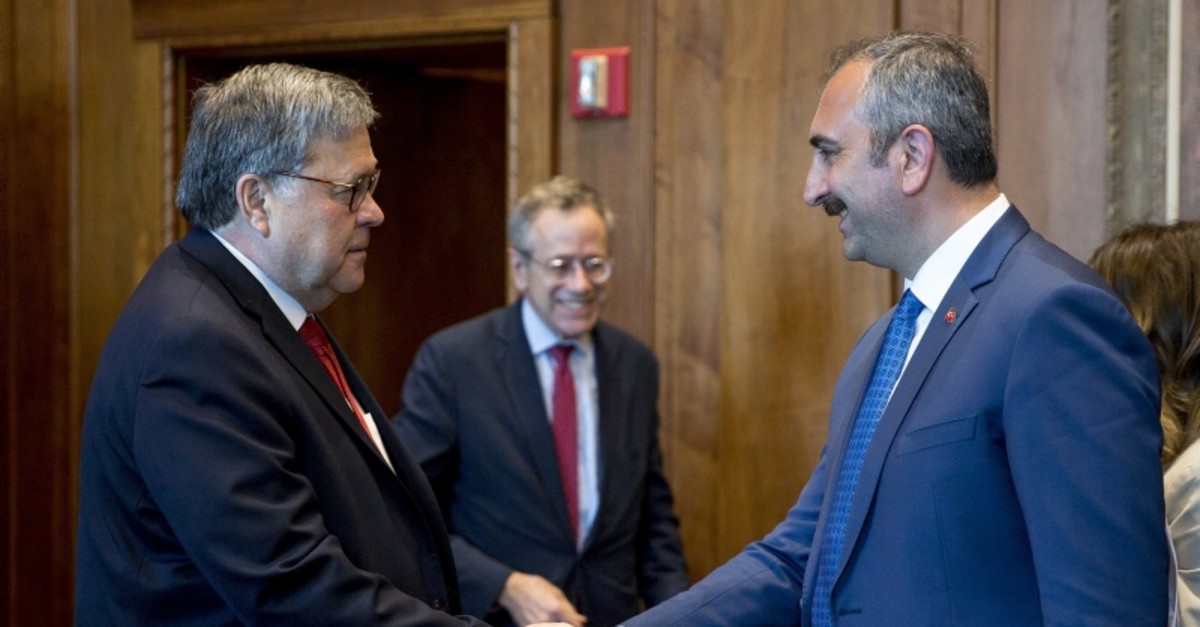 "It is not possible for us to accept the situation as there is still no progress on the issue," Gül told reporters after his meeting with U.S. Attorney General William Barr, adding that the extradition came up in the agenda during the ministers' meeting.

Gül said more documents on Gülen was submitted to the relevant authorities, and fresh evidence was shared with Barr.

"We want the extradition to take place and the demands of Turkish judicial authorities to be fulfilled," he said, adding that Turkey is closely monitoring the process.

Gülen, who arrived in the United States in 1999, currently lives in a luxurious retreat in Saylorsburg, Pennsylvania in self-imposed exile. He never leaves the well-guarded compound but often gives interviews to foreign media. Ankara formally requested Gülen's extradition on July 19, 2016 and has been pressing the U.S. ever since, sending hundreds of folders full of evidence implicating Gülen and FETÖ in the coup attempt. The issue has been raised in bilateral meetings between Turkish and American officials in phone calls, letters and other exchanges.

Turkey also sought a preventive arrest to keep Gülen in the U.S. after reports emerged that the terrorist leader was planning to flee to another country. While Ankara says evidence shows that Gülen's network formed a quasi-state within the Turkish government and attempted to topple it with the ultimate intent of taking over the state through a coup, the U.S. has been reluctant to extradite him, claiming that there is insufficient evidence to associate him with the July 15, 2016 coup attempt. The issue has created a deep rift in relations between the two countries.

Noting that Gülen's charter schools in the U.S. were also discussed during the meeting, Gül said U.S. authorities asked their Turkish interlocutors for extensive information a couple months ago and previously launched investigations that are still ongoing regarding the issue.

FETÖ operates 140 charter schools in 26 states in the U.S. The schools in the U.S., some of which have changed names over time, were opened in the late 1990s and in the beginning of the 2000s. Around 60,000 students attend the schools annually. These FETÖ schools are usually gathered under umbrella organizations and managed through foundations. As an example, 46 schools are named "Harmony" in Texas, 30 schools named "Concept" in and around Ohio; some others are called "Magnolia."

Gül said he and Barr had a "productive" meeting and that he had congratulated his American counterpart on his new post.

The meeting tackled boosting judicial cooperation between the two countries, he said on Twitter.

He told reporters that he hoped the meeting will "yield good results."