US letter on S-400s 'not in spirit of alliance,' Turkey says 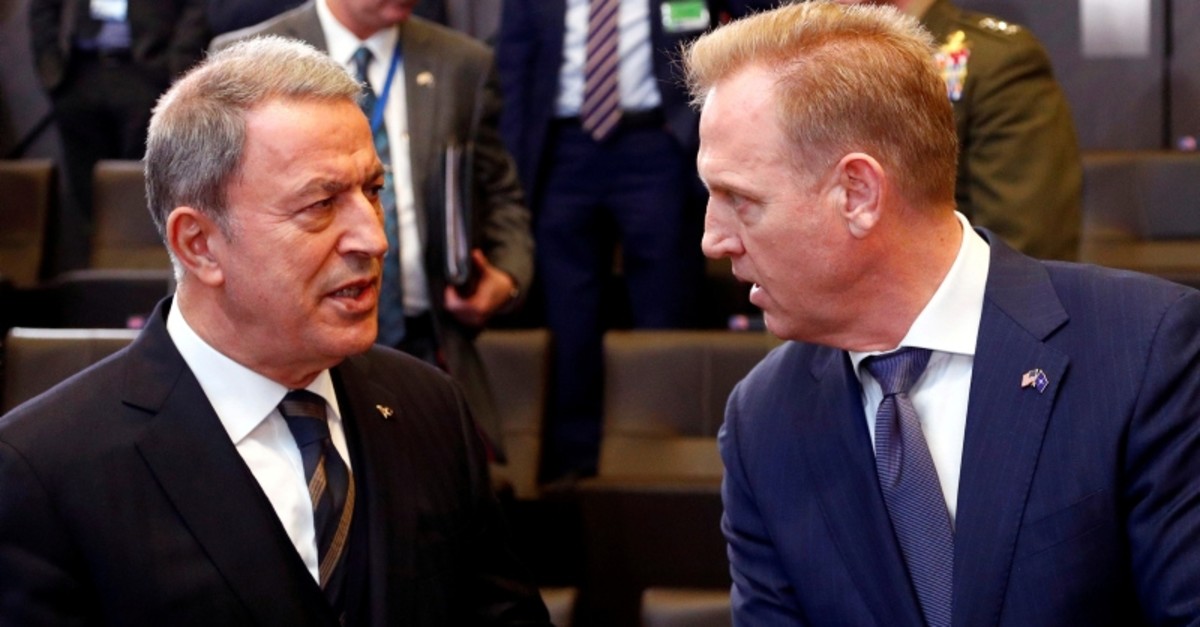 Defense Minister Hulusi Akar said Wednesday that a letter sent by U.S. Acting Defense Secretary Patrick Shanahan on the Russian S-400 missile defense system was "not in spirit of the alliance," adding that Turkey is preparing a response.

Shanahan's letter to his counterpart on Friday had outlined how Turkey would be pulled out of the F-35 fighter jet program, in which Turkey is one of the core partners and a prospective buyer, unless Ankara changes course from its plans to purchase the Russian-made S-400 missile defense system.

Akar told reporters in Gebele, Azerbaijan, that Turkey is preparing a response to the letter and that it would be sent to the U.S. in the coming days.

Akar reiterated that Turkey has always remained committed to its responsibility toward NATO and the U.S.

"To date, we have fulfilled all of our responsibilities without any delay or interruption toward the U.S. and NATO," he said.

Akar also said that he will speak to Shanahan over the phone on Thursday and meet at the NATO Defense Ministers Meeting in Brussels by the end of June.

Shanahan said Tuesday he and Akar would discuss Washington's spat with Ankara over its purchase of the S-400s and update each other on developments during the phone call.

"I'm hoping tomorrow for he and I to exchange views and get an update on what kind of progress we've made. That's really all I have to update you on," he told reporters.

His remarks came ahead of his meeting with Polish Defense Minister Mariusz Blaszczak at the Pentagon.

Shanahan said last week in a letter to Akar that the F-35 fighter jet training program for Turkish pilots would end July 31, giving the pilots enough time to complete their training. However, this action will cut things short.

"We've suspended some of the activities in terms of training. We haven't suspended any of the maintenance activity," he added.

But the Pentagon said Tuesday that the U.S. Air Force has halted ongoing training of Turkish pilots on the F-35 before the end date for "safety" concerns.

The actions are the latest in a series of moves by the U.S. to try to remove Turkey from the F-35 program amid a standoff with its NATO ally over the purchase of Russian S-400 system.

It has also repeatedly said it was ready to discuss Washington's concerns. It proposed forming a joint working group to Washington to assess whether the S-400s would pose a threat to NATO; however, the U.S. has not taken any steps to form the technical team.

Separately speaking in Moscow on Tuesday, Kremlin aide Yury Ushakov told reporters that the agreements reached between Russia and Turkey are being fulfilled on time in the given context.

Asked if the surface-to-air missiles will be delivered in July, he said, "Yes, that's what we plan."

Eyes will now be on the G20 summit in Osaka, Japan scheduled for June 28-29, where President Erdoğan is expected to meet U.S. President Donald Trump on the sidelines.