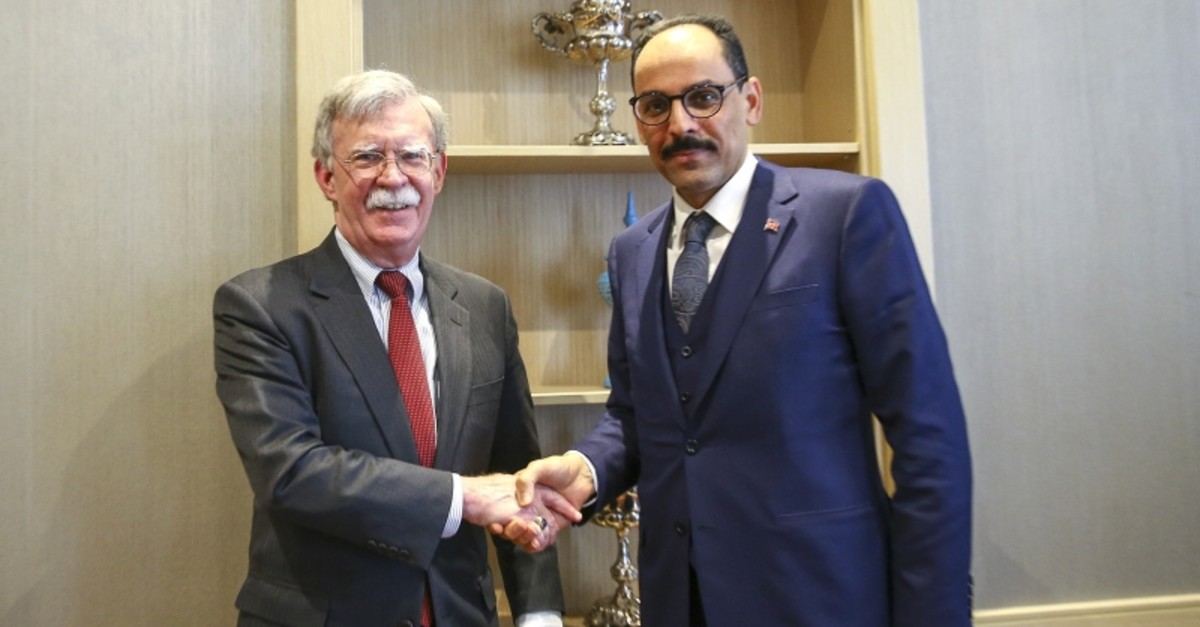 Kalın said the letter was contradictory to the courtesy of bilateral ties and the fact that it was leaked to the press as soon as it was sent showed a clear lack of "governmental seriousness."

"These sort of letters have a certain confidentiality to it, they don't get leaked to the public or to the press to pressure the recipient," he said.

Kalın said Ankara was in the process of reviewing the letter and a response was being prepared.

"Our negotiations will certainly continue. It is against the spirit of alliance to try to unjustly remove Turkey from the F-35 program," he said.

"The F-35s that rightfully belong to Turkey will absolutely arrive in Turkey," he added.

The spokesman also said President Recep Tayyip Erdoğan would meet with his U.S. counterpart Donald Trump if necessary and that he hoped Washington would turn back from its wrongful attitude without damaging the bilateral ties between the two countries.

The letter is the latest in a series of moves by the U.S. to try to remove Turkey from the F-35 program amid a standoff with its NATO ally over the purchase of Russian S-400 systems.

On Thursday, President Erdoğan said the efforts to dissuade Turkey from procuring the S-400s were pointless as Ankara had already completed the deal and the missile systems would be delivered in July.

"I'm not saying Turkey will buy S-400s, it already has. We have sealed the deal," Erdoğan said.

Ankara has also repeatedly said it was ready to discuss Washington's concerns and proposed forming a joint working group to assess whether the S-400s would pose a threat to NATO, however, the U.S. has not taken any steps to form the technical team.