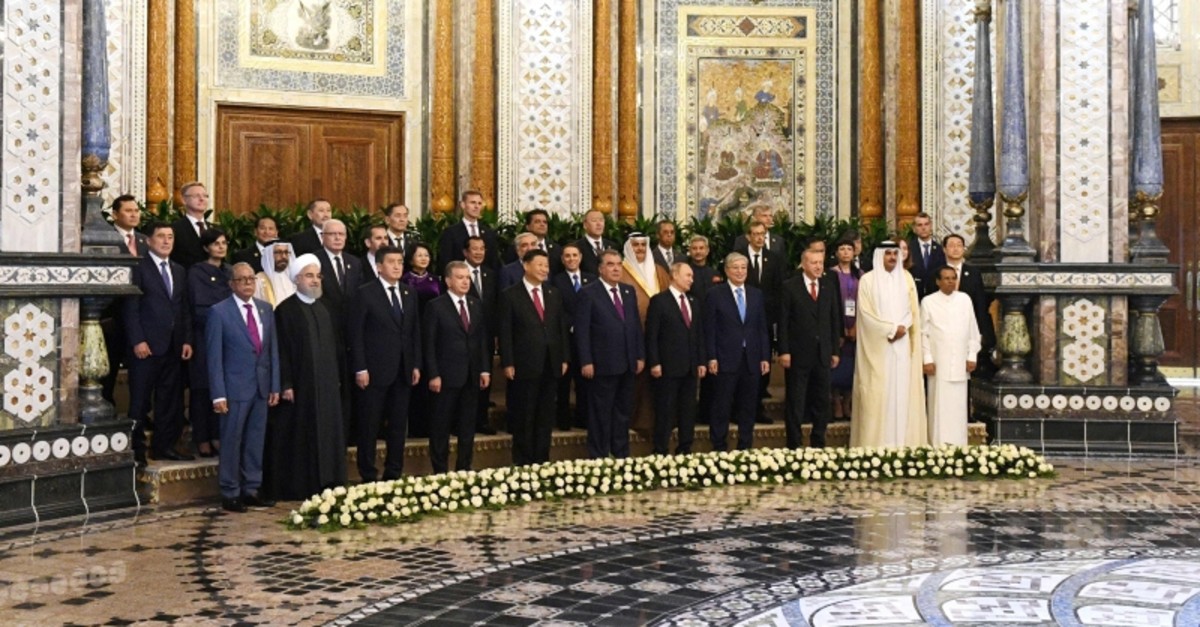 Member countries of an inter-governmental forum on Saturday voiced support for the principle of not meddling with countries' internal and foreign affairs.

The member countries attending the 5th Summit of Heads of State of the Conference on Interaction and Confidence Building Measures in Asia (CICA) in Dushanbe -- Tajikistan's capital-- has issued a declaration following the summit.

The CICA is a multi-national forum for promoting peace, security and stability in Asia, and the 5th summit was attended by the presidents of Turkey, Tajikistan, Iran, Azerbaijan, Uzbekistan, Kazakhstan, Kyrgyzstan, Turkmenistan, Bangladesh and Sri Lanka.

The leaders said every state has right to establish its own political system.

They also noted that the situation in the Middle East continued to be worrisome, and called on all parties to implement the U.N. resolutions in order to establish peace, security and stability in the region.

The leaders highlighted that they are firmly against any unilateral decision regarding the "holy city of Jerusalem" that would lead to changing its status quo.

On Afghanistan, the leaders also said in the declaration that the peace and negotiation process in the country should be inclusive under the Afghan leadership and ownership.

The sixth summit of the CICA Foreign Ministers is slated for 2020 and while the sixth heads of states summit will be held in 2022.