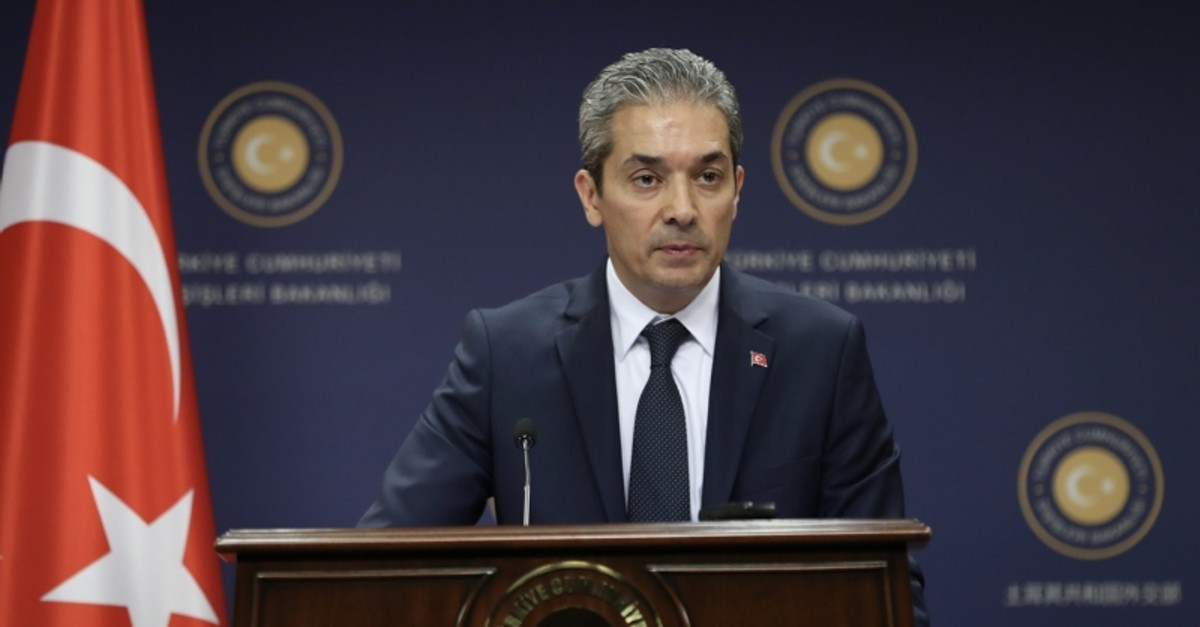 Foreign Ministry Spokesman Hami Aksoy (AA Photo)
by Anadolu Agency Jun 23, 2019 12:12 am
Turkey on Friday decried a decision by Greece that local religious leaders, known as muftis, among the Turkish minority living in the Western Thrace would henceforth be appointed by the state instead of being elected by the local people.

Underlining that this decree would eliminate the autonomy of the Mufti establishment in the country, he urged Greece to have intimate and comprehensive communication with the Turkish minority to resolve this problem in line with the Lausanne Treaty.

He said Greece must recognize the muftis elected by the minority and reverse its policy of imposing illegally appointed ones.

Aksoy also underlined that it was "worrying" that such intrusive and negative acts took place in an EU member state.

Today, about 150,000 ethnic Turkish people reside in Western Thrace with their status set by the Lausanne Peace Treaty of 1923 and their rights guaranteed by several bilateral and multilateral agreements.

The Turkish minority of Greece faces a variety of issues including state denial of ethnic identity, inadequate education provision and restrictions on freedom of religion, purchase of property and political representation.