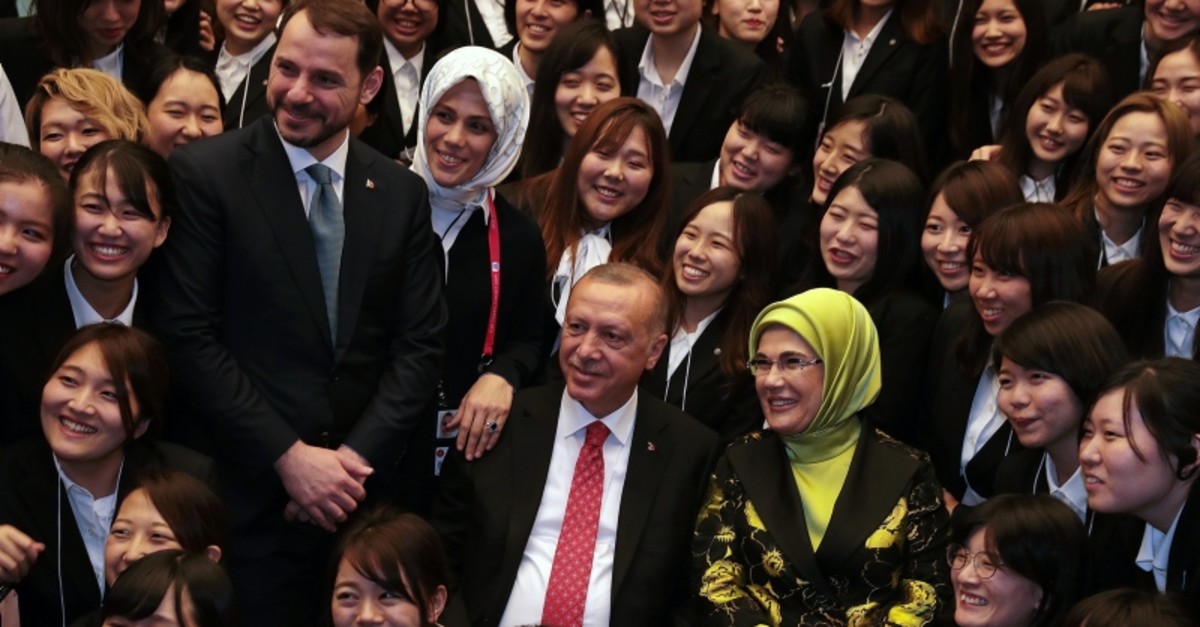 President Recep Tayyip Erdoğan on Thursday arrived in Japan to attend G-20 Summit in the port city of Osaka.

Shortly after arriving in the country, Erdoğan visited Mukogawa Women's University where he accepted an honorary doctorate degree and attended a tea drinking ceremony.

This year's summit will address the issues — including global economy, trade and investment, innovation, the environment and energy, employment, women's empowerment, development, and health.

In addition to attending the G20 summit, the President will discuss bilateral relations and regional issues at his meetings with fellow leaders, including U.S. President Donald Trump, Russian President Vladimir Putin.

Erdoğan will visit China following the conclusion of G20, where he will meet his Chinese counterpart Xi Jinping and exchange views on a range of issues to further strengthen bilateral relations.