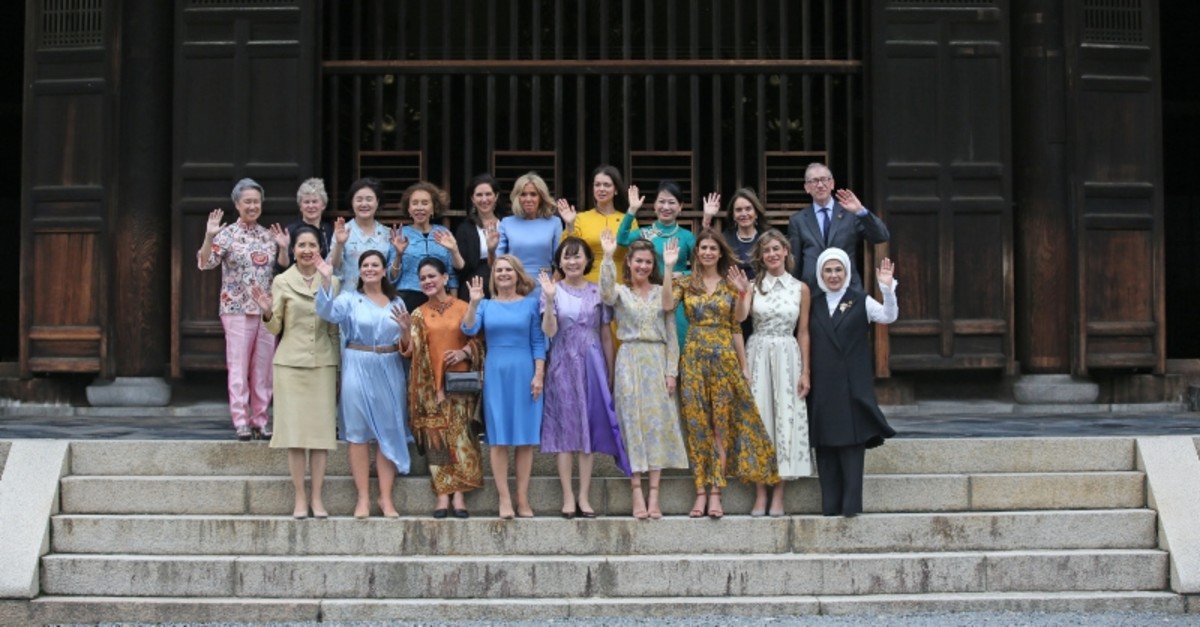 After greeting her guests with a traditional Japanese tea ceremony in the Zen Garden, Abe invited the partners to feed the fish in the pond and mingle. The intimate event was followed by a visit to Kyoto's famous Tofuku-ji Temple, complete with a welcome by a Buddhist monk and a tsuzumi (hand-drum) performance.

The wives and partners of world leaders then congregated for a photo opp at the steps of the temple. Included in the mix as the only 'first gentleman' was departing U.K. Prime Minister Theresa May's husband Philip May. The family photo brought to mind the NATO summit of 2017 in Brussels, where the husband of Luxembourg's first openly gay Prime Minister Bettel, Gautheir Destenay, appeared as the first male ever in a NATO spouse photo among a sea of first ladies.

U.S. First Lady Melania Trump, however, was noticeably absent from the cheery photo.

Erdoğan shared photos of their day and welcoming ceremony on her official Twitter acount. Attached as a caption to the four photos she said: "We met with the spouses of the heads of state at Kyoto's Tofuku-ji Temple, hosted by the First Lady of Japan Abe Akie as part of the G20 Summit official spousal program. I was delighted to visit one of the oldest temples in the country."

Although a schedule has not been released to the press, a boat tour of the host city and classical concerts are expected.