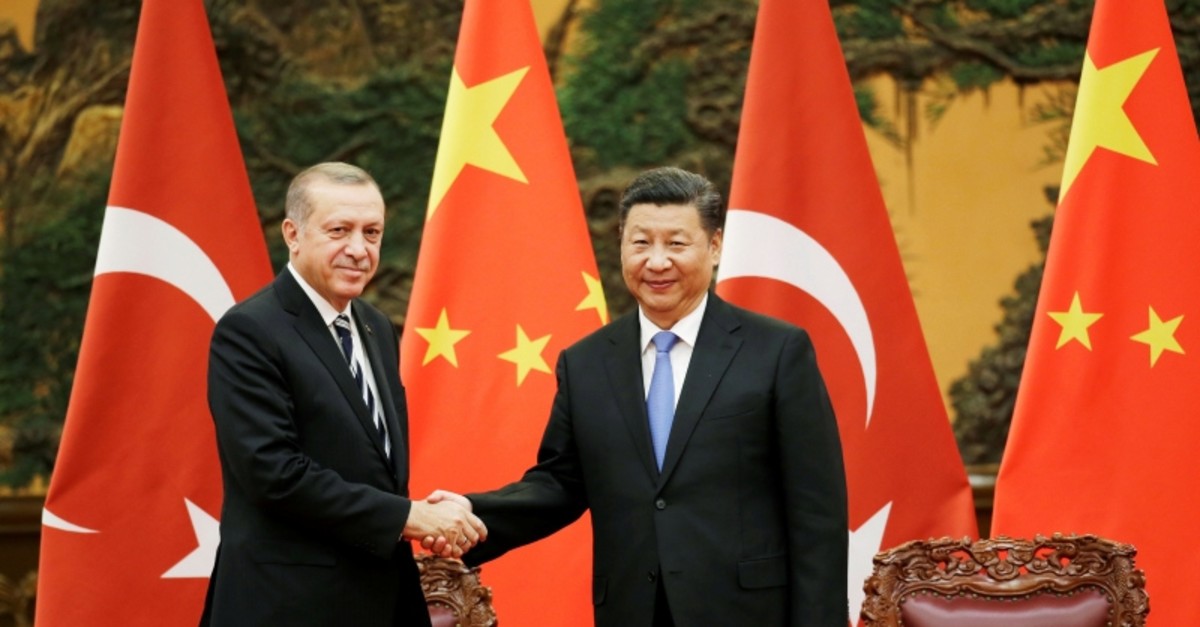 The Republic of Turkey is a strong supporter of the Belt and Road Initiative, President Recep Tayyip Erdoğan told Chinese daily the Global Times in an opinion piece published Monday.

"The centuries-old cooperation between our nations continues to grow stronger today thanks to the BRI under the leadership of Xi Jinping, China's president and my dear friend," Erdoğan said.

Saying that Turkey was one of the first countries to support the initiative, the president added that the country endorsed the project as early as 2013.

Praising the initiative, Erdoğan said that the BRI "has emerged as the greatest development project of the 21st century encompassing over 100 nations and international organizations, " adding that all the effort put into the project is "all in line with President Xi's vision."

Touching upon the "Middle Corridor," the president said that it is led by Turkey, and "lies at the heart of the BRI."

"It is an important component of the project, which links Turkey to Georgia and Azerbaijan via rail, crosses the Caspian Sea and reaches China through Turkmenistan and Kazakhstan. As part of this effort, we have recently launched the Baku-Tbilisi-Kars (BTK) Railroad Project," he added.

Erdoğan also touched upon Turkey's efforts to enhance the Middle Corridor with investments.

"Other investment projects, which we undertake as part of the Middle Corridor, include the Yavuz Sultan Selim Bridge over the Bosporus, the Eurasia Tunnel and Marmaray, the 1915 Bridge over the Dardanelles, highways, high-speed railways, logistics hubs and communication infrastructure," he said and added: "Those projects will directly contribute to the BRI's goal of connecting Beijing to London."

Erdoğan also said that Turkey wants to increase the trade volume with China even further.

"Among our goals is to double our bilateral trade volume with China to $50 billion and, subsequently, $100 billion on a more balanced and sustainable footing to serve the interests of both sides. I call on the Chinese business community to invest in Turkey - the crossroads of Asia and Europe, and the heart of the BRI," he said.

"Turkey shares China's vision when it comes to serving world peace, preserving global security and stability, promoting multilateralism, and upholding the principle of free trade. The world seeks a new, multipolar balance today," Erdoğan said, adding that the cooperation between the two countries is crucial.

"The need for a new international order, which will serve the interests of all humanity, is crystal clear. Turkey and China, the world's most ancient civilizations, have a responsibility to contribute to building this new system."

Meanwhile, Erdoğan said they aim to keep the high-level contacts with China alive at all levels and are reaping the frutis of such efforts.

"We have started to reap the fruits of increased bilateral visits. We have a concrete bilateral agenda on how to further advance cooperation," Erdoğan told the Chinese Xinhua News Agency.