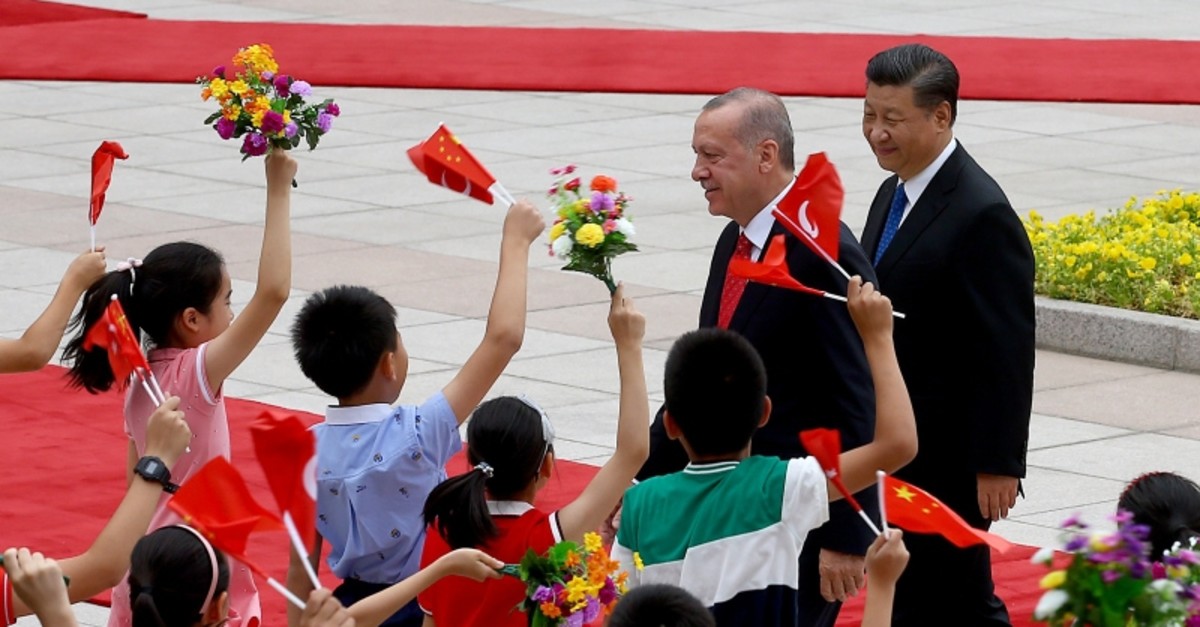 President Recep Tayyip Erdoğan highlighted the importance of enhanced bilateral relations as he was welcomed by his Chinese counterpart Xi Jinping in China's capital of Beijing on Tuesday.

"I believe that Turkey and China have great potential for strengthening cooperation," Erdoğan said following the meeting with Xi at Great Hall of the People that lasted 1 hour and 10 minutes.

Erdoğan said the two countries have enjoyed a thousand years of ties across ancient civilizations connected by Silk Road.

"This visit to China happens at a time of increased testing for global peace and stability. The strengthening of Turkey-China relations will also provide large and diverse contributions to regional and global stability," Erdoğan said.

He expressed thanks to China's president and people for their hospitality.

Xi said China and Turkey should "sincerely work toward upholding a multilateral world order with the United Nations at its core, a system based on international law, focusing on (the development of) science and technology."

Turkey is an important link in China's trillion-dollar "belt-and-road" initiative to build ports, highways, power plants and other infrastructure linking it to Europe, Africa and Asia.

Erdoğan ​is paying an official visit to China Tuesday following his participation in the Group of 20 Summit hosted by Japan over the weekend.