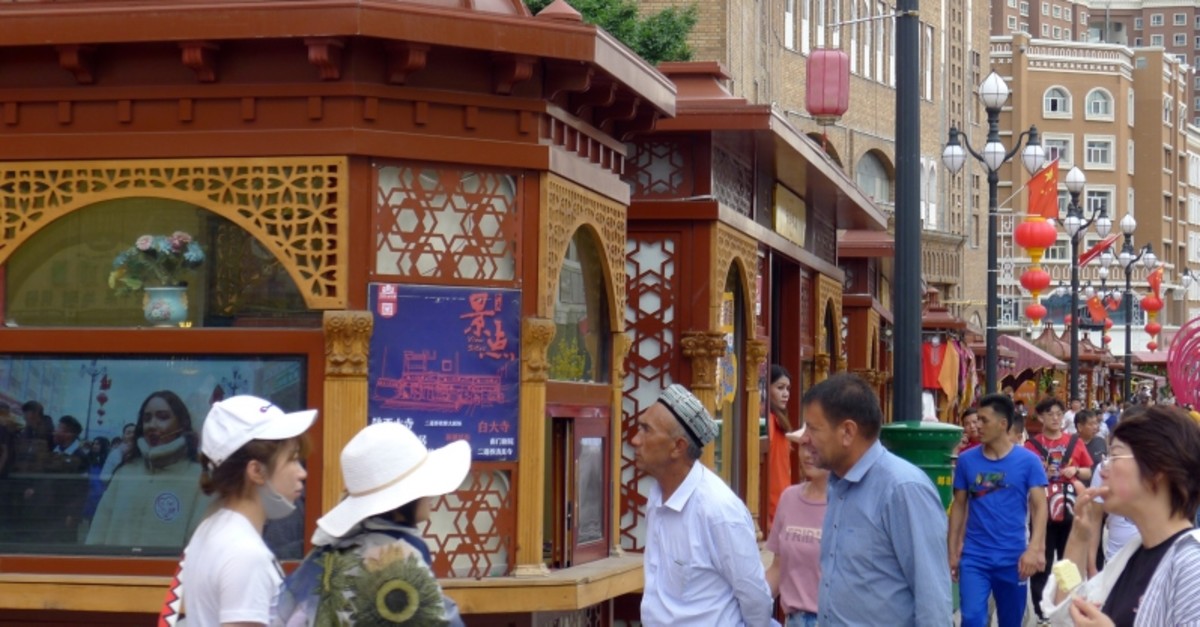 The Chinese government has officially invited a Turkish delegation to the Xinjiang region to observe the situation of the native Turkic Uighur people, Communications Director Fahrettin Altun said in a tweet late Wednesday.

"As the official invitee of the President of the People's Republic of China, Xi Jinping, President Recep Tayyip Erdoğan visited the country on July 2. The two leaders have therefore met for the third time in a month," Altun added, further stating that the leaders discussed trade, bilateral relations, investments, research and development, civil aviation, tourism and culture.

"The leaders have decided to speed up Turkey's Middle Corridor project and China's Belt and Road Initiative, which will lead to the strengthening of the connection between the western and eastern gates of the Historical Silk Road," he said.

"All facets of the bilateral relations between the two countries have been discussed in the talks. President Erdoğan conveyed to his counterpart it is Turkey's sole expectation that Uighurs live in peace, prosperity and welfare; also stating his views and expectations on that matter," Altun concluded.

Turkey has in the past called on China to respect the fundamental rights of Uighur Turks and to shut down concentration camps. China is under fire from governments and human rights watchdogs who accuse the government of arbitrarily arresting more than 1 million Uighurs, torturing and political brainwashing them in concentration centers and prisons.

China's western Xinjiang Uighur Autonomous Region is home to around 10 million Uighurs. The Turkic Muslim group, which makes up around 45% of Xinjiang's population, has long accused China's authorities of cultural, religious and economic discrimination.

President Recep Tayyip Erdoğan was in Beijing Tuesday on an official visit, during which he met with his Chinese counterpart Xi Jinping to weigh in on mutual issues concerning the two countries and exchange views on ways to further strengthen economic and political ties.

Erdoğan's visit came after the G20 summit in Osaka, Japan, held over the weekend, which he followed by paying an official visit to Japan on Monday, during which he held productive meetings with his fellow world leaders.