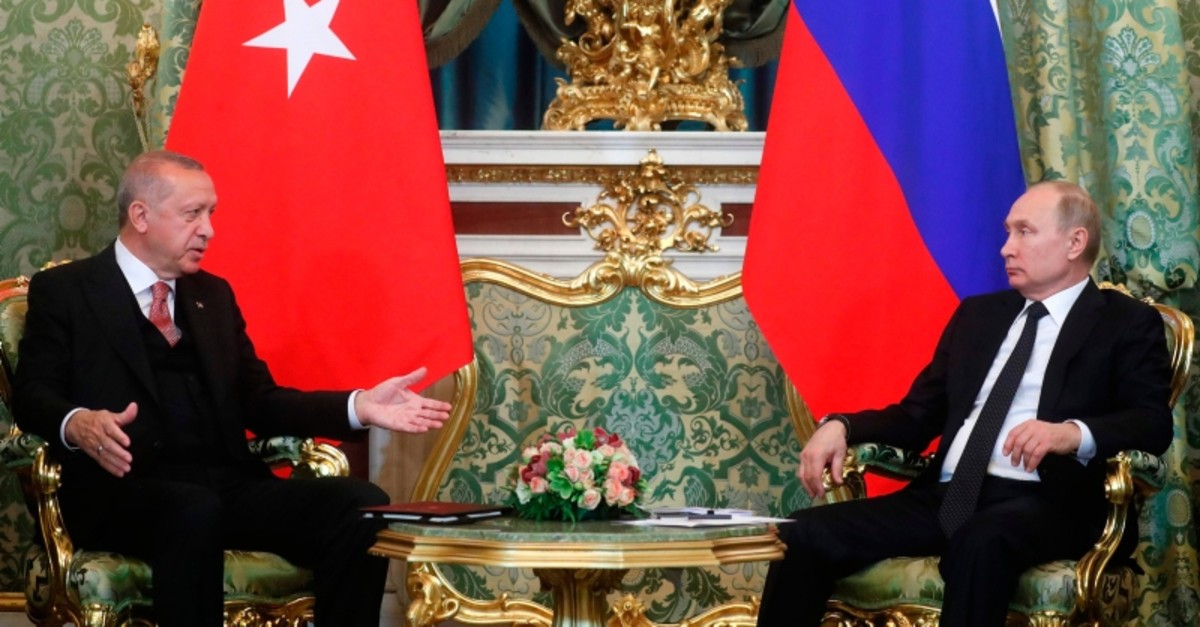 According to reports, Erdoğan also expressed his condolences on the deaths of 14 military officers who were killed in a fire in a nuclear-powered submersible in the Barents Sea on Monday, said Turkey's Presidential Communications Directorate.

On July 1, a fire broke out on a naval deep-sea research vessel in the Barents Sea, taking the lives of 14 servicemen, including seven high-ranking officers.

The militia loyal to Gen. Khalifa Haftar took a hostile step against Turkey last week by abducting six Turkish nationals. Having recognized the Government of National Accord (GNA), Ankara said it sees the action as banditry, warning that Haftar's forces will become legitimate military targets if they do not release the Turkish citizens. Following the announcement, the captives were freed.

In April, Haftar's forces from eastern Libya and loyal to a rival, east-based government, launched an offensive on GNA-held Tripoli which has been widely criticized by the U.N. and aid agencies. Approximately 1,000 people have been killed so far in the violence, mainly combatants but also civilians, and thousands have been displaced.

Haftar's campaign has also raised fears of another bout of violence after the 2011 uprising that toppled and killed longtime dictator Moammar Gadhafi. Since then, the country has sunk into chaos, with rival administrations in the east and the west, and an array of forces and militias allied with both sides.