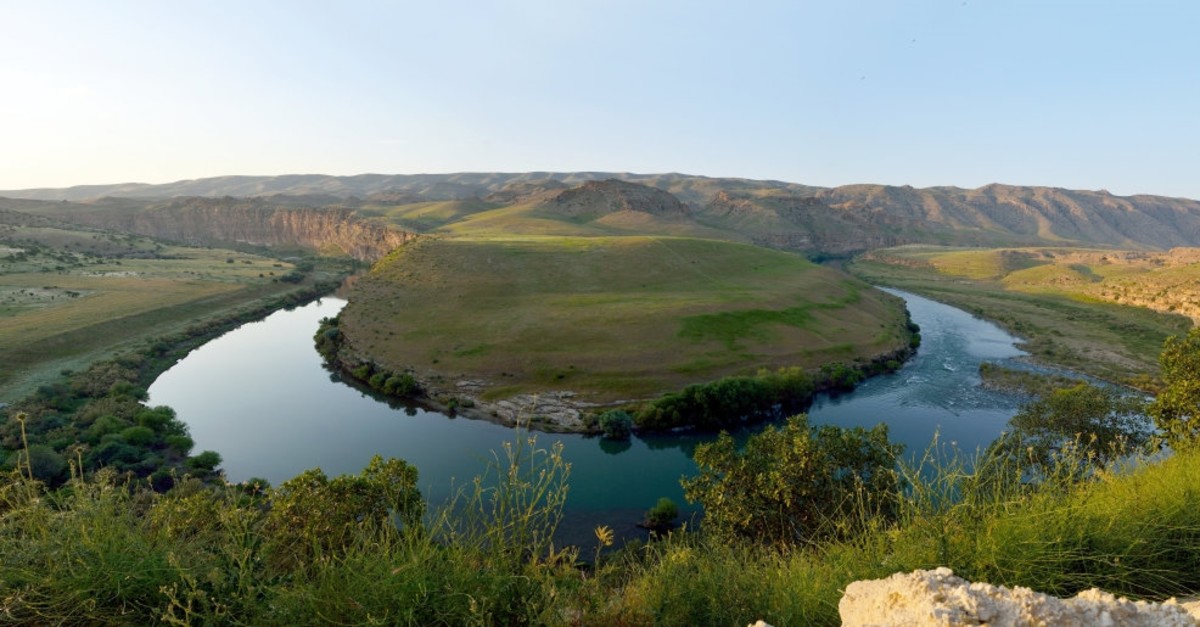 Committed to the principle of equitable, optimal and reasonable sharing of water resources, Turkey maintains the water flow from the Tigris to Iraq, which is plagued by drought due to low precipitation.
by Daily Sabah Jul 13, 2019 12:15 am

The action plan to solve Iraq's water, energy and infrastructure problems prepared by a 50-member working group will take its final shape after discussions with Iraqi officials

Turkish officials are preparing a detailed action plan to find a solution to Iraq's infrastructure problems, particularly for water and energy. The report, prepared by a 50 member working group formed by President Recep Tayyip Erdoğan's special representative to Iraq, Veysel Eroğlu, includes 11 main topics. After five group meetings, the latest one held Thursday in Parliament, an action plan was developed to solve Iraq's energy and infrastructure problems, including water management. The plan – in Turkish, English and Arabic – will take its final shape after discussions with Iraqi officials. After that, the plan will be implemented as soon as possible. Also, a 20 member group, including Eroğlu, will pay an official visit to Iraq on July 17 or July 26.

"They also attach great importance to drinking water projects in Mosul and Baghdad as well as [construction of] dams and ponds," Eroğlu said.

Drought and low precipitation have been a significant problem in Iraq. Last summer, farmers and citizens in the areas of Salahiya, Mhanawiya and al-Shamiya in Diwaniyah province and Basra province protested declining water-related services and the Agriculture Ministry's decision to ban the planting of rice, white and yellow corn, sesame, cotton, millet and sunflower seeds.

In particular, the working group focuses on solving water problems in Basra to prevent diseases emanating from usage of unhealthy water. Also, improving modern irrigation infrastructure and increasing productivity will be priorities for the group. During the studies, it was revealed that 90 percent of Iraq's total water is used in irrigation, meaning wasting water remains a key problem. Turkey will share its own experience with Iraq on the issue.

Mass anti-government protests erupted in Basra due to electricity cuts last July, spread to other southern provinces and eventually hit the capital Baghdad. During the protests that caused the deaths of dozens of people, many official buildings were besieged and stormed.

Former Forestry and Water Affairs Minister Eroğlu was appointed as special envoy to Iraq by Erdoğan at the beginning of this year to resolve water-sharing issues between the two countries.

During his meeting with Iraqi President Barham Salih in January, Erdoğan stressed that there are serious problems in water management in Iraq, adding if the necessary steps are taken, the problem might be solved in a couple of years as this year Iraq received high precipitation. "We do not want the water issue to remain a problem between the countries," Salih said during the meeting and added that they consider Erdoğan's move to appoint a special envoy as significant for the resolution of the problem. Also, in an exclusive interview with Daily Sabah in February, Iraqi Ambassador to Ankara Hussain Mahmood Alkhateeb said, "We are really happy with the decision of President Recep Tayyip Erdoğan, as he appointed a personal representative to go to Iraq with a team of experts to discuss the water issue and to help Iraq overcome the challenges it faces, especially in the dry season," and stressed that the water problem in Iraq is one of the important issues between the two countries.