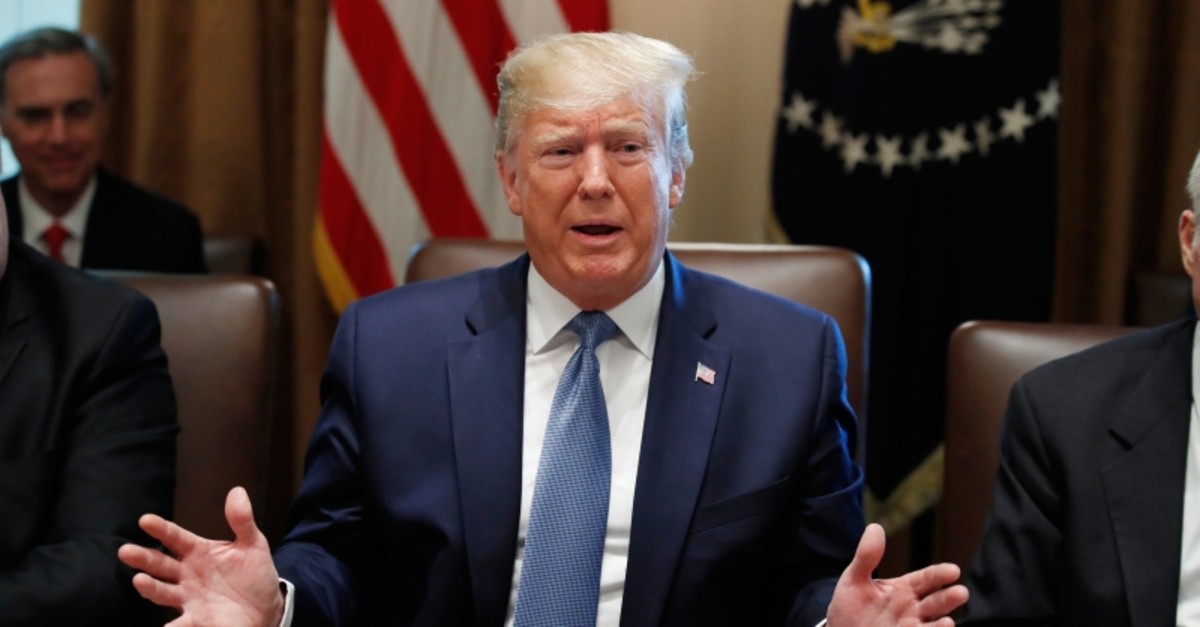 U.S. President Donald Trump said Tuesday that the current situation with Turkey over F-35 jets was not fair, as the country had wanted to buy U.S. Patriot missiles before but Washington had refused at the time.

Trump's comments to reporters, made at a Cabinet meeting at the White House, follow Turkey's purchase of the Russian S-400 missile defense system, which has raised tensions with the United States and other NATO allies.

"The situation with Turkey is very complex and tough. We are in contact with Turkish officials," he said, expressing his reluctance to punish Turkey over its acquisition.

The president said the U.S. repeatedly turned down Turkey's requests to purchase Patriot missile systems in the past and that the whole situation was unfair.

Trump again appeared to blame his predecessor, Barack Obama, for failing to sell America's best alternative to the Russian S-400s — Patriot missiles, made by Raytheon Co. He said Turkey was "forced to buy another missile system."

"All of a sudden, everybody started rushing in saying to Turkey, okay, we'll sell you the Patriot missile."

"Because of the fact that (Turkey) bought a Russian missile, we're not allowed to sell them billions of dollars' worth of aircraft. It's not a fair situation," Trump said, lamenting the jobs that would be lost.

He said Turkey ordered "substantially over" 100 F-35 planes and plans to order more but the U.S. would not sell the fighter jets after Ankara's purchase of S-400s.

He said the U.S. and Turkey were continuing talks to resolve the issue.

"We're working through it, we'll see what happens. But it's not really fair. He (President Erdoğan) wanted to buy our Patriot missile. We wouldn't sell it… And then when he made a deal with another country, Russia, to buy their system that he didn't even want, and then all of a sudden, we say oh, okay, we'll now sell you the patriot. And because of the fact he bought a Russian missile, we are not allowed to sell him billions of dollars' worth of aircraft. It's not a fair situation," he said.