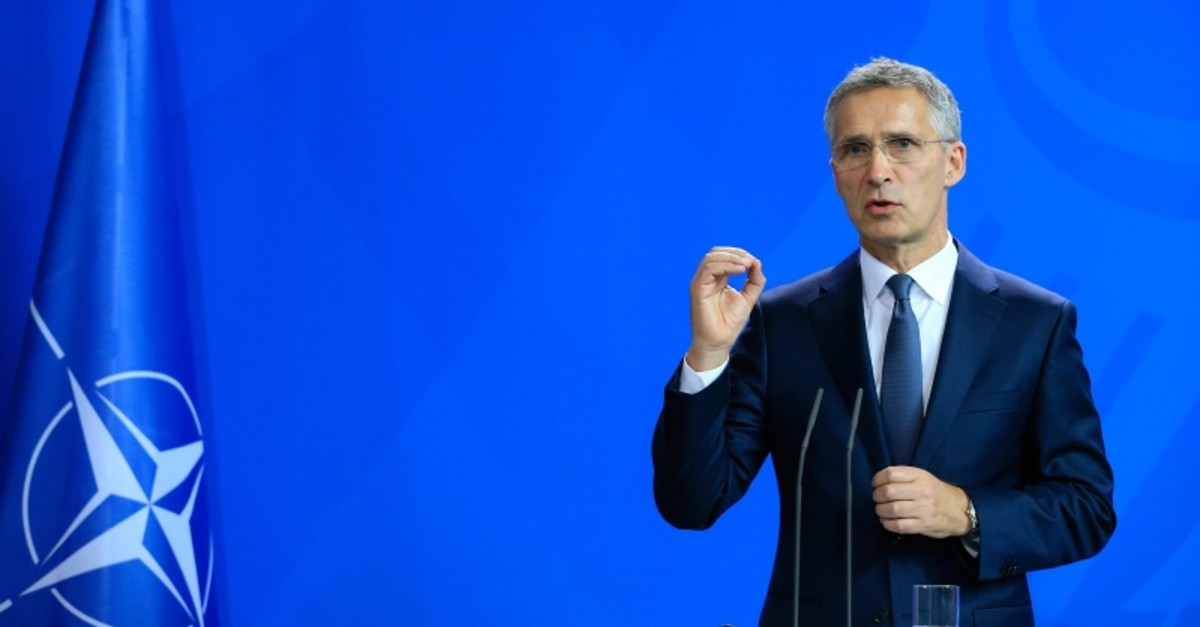 NATO's secretary-general on Wednesday praised Turkey's role in the alliance hours after the U.S. formally announced excluding Turkey from the F-35 fighter jet program due to the purchase of the Russian S-400 air defense system, noting that the relations between Turkey and the bloc are not restricted to the program.

Speaking at the Aspen Institute's annual security forum in Colorado, Jens Stoltenberg said he was concerned over Turkey's expulsion, as he highlighted the country's countless contributions to the bloc.

"I am concerned about the consequences of the Turkish decision because it means Turkey will not be part of the F-35 program," he said.

The U.S. announced it is removing Turkey from the F-35 stealth fighter program, following through on threats to do so over Ankara's purchase of the Russian S-400 air defense system.

Ankara called on Washington to correct its decision, which it said will irreparably damage relations between the two countries.

"Turkey's contribution to NATO runs much deeper and much broader than the F-35. That is important," said Stoltenberg, adding the international coalition in Syria was able to defeat Daesh "because of the contributions of Turkey."

"We used the bases, infrastructure and Turkey played a key part in that fight," he said, adding Turkish troops are contributing to different missions and operations, citing Kosovo and Afghanistan.

He also said that no other NATO member has raised the exclusion of Turkey from the F-35 program "because we all see that we are dependent on each other."

Stoltenberg reiterated that the S-400 could not become part of NATO's shared missile defense but Turkey has aircraft and radars that would remain part of the system.

"My responsibility is partly to try to help solve the issue. But as long as the issue is not solved, we need to minimize negative consequences," he added.

The White House announced on Wednesday that it is no longer possible for Turkey to be a part of the F-35 program and that the Turkish personnel taking part in the program would soon leave the country.

U.S. President Donald Trump blamed the ongoing row over the F-35 on the Obama administration, whom he said created the problem by not allowing the Turkish government to purchase the Patriot missile system.

"As soon as they found out that they were going to have to buy the missiles, comparable missiles, not as good a missile, but a comparable almost missile from Russia - all of a sudden everybody started rushing and saying to Turkey, 'OK, we'll sell you the Patriot missile,'" he told reporters at the White House Tuesday.