Turkey will not bow to EU sanctions on drilling activities, VP says 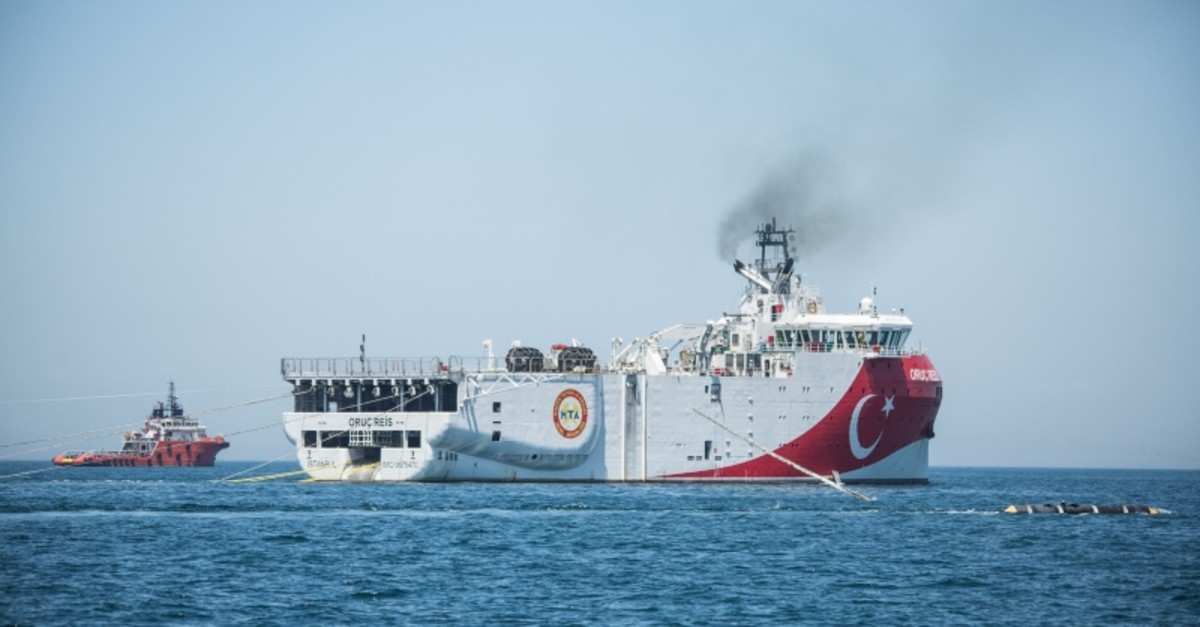 Fuat Oktay's remarks came at an event to mark the 45th anniversary of Turkey's military operation launched to protect Turkish population in Cyprus.

The council said in the statement that in light of Turkey's "continued and new illegal drilling activities," it would suspend civil aviation negotiations and "agree not to hold the Association Council and further meetings of the EU-Turkey high-level dialogues for the time being."

Oktay said that Turkey has always defended from the very beginning that the energy resources in the Eastern Mediterranean should be used as an opportunity for peace and stability in the island.

Stressing that Turkey would never hesitate to take the necessary steps to protect rights and interests of both Turkey and the Turkish Cypriots within their continental shelf in the Eastern Mediterranean, Oktay said, "Turkey is acting in unity as one heart and one voice on this issue."

"We have implemented all the steps that we have always strongly emphasized since the beginning and we will continue to do so," Oktay said referring to Turkey's drilling activities in the Eastern Mediterranean.

"The Greek Cypriot side, which does not accept this, believes that they can stop our country's activities with the perception it has created by abusing its EU membership," Oktay added.

"The Greek Cypriot side did not even agree to discuss the proposal of the Turkish Cypriot side on July 13 on the basis of equality of hydrocarbon resources, including a proposal for the establishment of a joint committee and took a stand on the side of deadlocks rather than a solution," Oktay said.