US stance on FETÖ-linked schools a major disappointment for Turkey 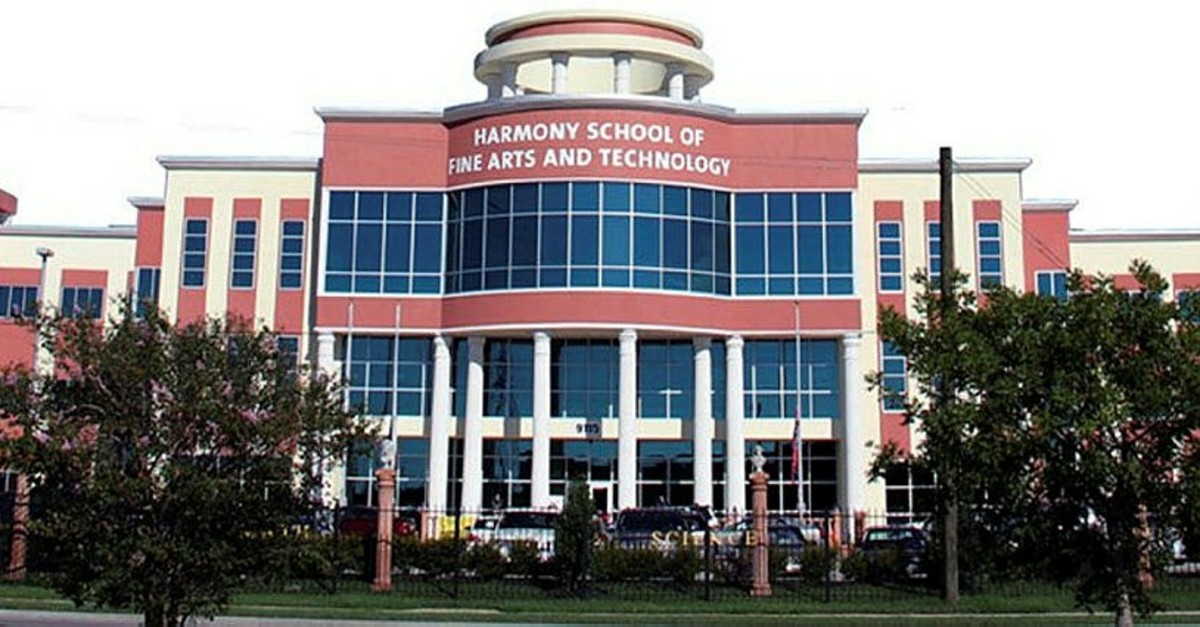 The Harmony School of Fine Arts and Technology is one of the FETu00d6-linked charter schools in Texas, where 46 ,Harmony, schools are operating under umbrella organizations and managed through foundations.
by Eralp Yarar Jul 22, 2019 12:02 am

The United States, Ankara's long-time ally and strategic partner, has caused one of the biggest disappointments for Turkey in the fight against the activities of the Gülenist Terror Group (FETÖ) abroad since the failed coup attempt orchestrated by the group. Turkey established the Maarif Foundation in 2016 to take over the administration of overseas schools linked to FETÖ. It also establishes schools and education centers abroad. As the Maarif Foundation Chairman Birol Akgün stated, the Maarif Foundation has made official contact with 99 countries in this process, appointed directors to 55 countries and took over control of 218 FETÖ-linked schools in 18 countries. Speaking to Daily Sabah, Akgün said that in the last three years, countries which declared FETÖ illegal have transferred the control of these schools to the Maarif Foundation.

"Those countries, which agreed with Turkey's arguments, acknowledged that FETÖ-linked schools in their countries were part of a bigger international organization. Some countries such as Pakistan declared FETÖ as a terrorist group with the decision of high court of justice," he explained.

Due to countries' different approaches, the foundation sometimes follows a strategy of opening its own schools rather than taking over existing FETÖ-linked schools.

"Our foundation has opened 81 new schools in 16 countries in order to meet the educational needs of the Turkish diaspora," Akgün said.

"For example, the United States has not showed any desire to negotiate on the handover of FETÖ schools in the country. They only conducted some financial investigations on some schools," Akgün said.

"The United States has not put forward the issue of transferring FETÖ-related schools. It even transfers a significant a share to these schools in the education system. The organization tries to influence the authorities in their favor by conducting activities at local levels for both schools and other activities," he added.

FETÖ has a considerable presence abroad, particularly in the U.S., including private schools that serve as a revenue stream for the terror group. The U.S. is home to a large community of Gülenists, including group leader Fetullah Gülen. Gülen has lived in self-imposed exile in a secluded compound in the U.S. state of Pennsylvania since 1999.

These FETÖ schools are usually gathered under umbrella organizations and managed through foundations. As an example, 46 schools are named "Harmony" in Texas, 30 schools named "Concept" in and around Ohio; some others are called "Magnolia."

"In Turkey-U.S. negotiations on the fight against FETÖ, the top issue was the extradition of Fetullah Gülen. In the U.S., where a total of 7,000 charter schools operate, nearly 200 FETÖ-linked charter schools are still active. The closure or handover of these schools are not on their agenda for now," Akgün stated.

In the aftermath of the July 15, 2016 coup attempt, Turkey has sped up the extradition processes for members of the FETÖ abroad. Ankara has long been pushing for Gülen's extradition, which is one of the sticking points in relations between Ankara and Washington, but its efforts have remained unanswered so far. FETÖ is accused of using its infiltrators in the military for the 2016 coup attempt that killed 251 people. An unknown number of Gülenists, mostly high-ranking figures, fled Turkey when the coup attempt was thwarted. A large number of Gülenists had already left the country prior to the coup attempt after Turkish prosecutors launched investigations into other crimes of the terrorist group.

Media reports said the country has so far identified some 4,600 suspected members of the group around the world. Turkish courts also sporadically issue arrest warrants for FETÖ members abroad. Ankara has long complained of reluctance from European countries and the U.S. to cooperate in the fight against FETÖ. FETÖ suspects mostly live in the U.S., Germany and Canada. A majority of Turkey's allies in Africa and Asia have shut down FETÖ-linked schools and have already extradited wanted suspects.

NO PROGRESS IN GÜLEN'S EXTRADITION

Gülen, who arrived in the United States in 1999, currently lives in a luxurious retreat in Saylorsburg, Pennsylvania in self-imposed exile. He never leaves the well-guarded compound but often gives interviews to foreign media. Ankara formally requested Gülen's extradition on July 19, 2016 and has been pressing the U.S. ever since, sending hundreds of folders full of evidence implicating Gülen and FETÖ in the coup attempt. The issue has been raised in bilateral meetings between Turkish and American officials in phone calls, letters and other exchanges. Turkey also sought a preventive arrest to keep Gülen in the U.S. after reports emerged that the terrorist leader was planning to flee to another country. While Ankara says evidence shows that Gülen's network formed a quasi-state within the Turkish government and attempted to topple it with the ultimate intent of taking over the state through a coup, the U.S. has been reluctant to extradite him, claiming that there is insufficient evidence to associate him with the July 15, 2016 coup attempt. The issue has created a deep rift in relations between the two countries.

Taking a deeper look at FETÖ's educational activities in the U.S., Akgün said that the history of FETÖ schools in the U.S. can be traced back to the late 1990s.

"Nearly all of FETÖ-linked schools in the U.S. are charter schools. The terrorist organization receives annually $700 million to $800 million from these schools in the U.S. and uses these resources to fund the organization. In addition, cultural centers, language schools and some private schools are controlled by the group," he added. The administrative companies of these foundations seem independent from each other on paper. In addition to these foundations, the group has tax-free foundations and organizations including two small universities.

"Although all these companies and schools seem independent in their organizational structures, we have informed the U.S. officials that they are all controlled by a single center by revealing their links in terms of key executives, unity in visions, missions and discourses," the Maarif Foundation chairman explained.

Despite Turkey's concerns and initiatives, the group continues its activities in all areas including education, culture, commerce, and politics in the U.S.

Also, FETÖ has been used as a political instrument against Turkey in foreign relations. Akgün commented on this function of the group and said: "A negative stance against Turkey in recent years has led some sections to side with the group. In areas where Turkish population concentrates on, they continue to try convincing people to believe their arguments against Turkey. However, we as the Maarif Foundation can say that their reputation within the society has heavily diminished, especially in New Jersey where we are located."

It is necessary to underline that a much more comprehensive struggle is needed to unravel the network and reveal their real agenda, he added.