Ankara steadfast on safe zone as Washington flip-flops on issue 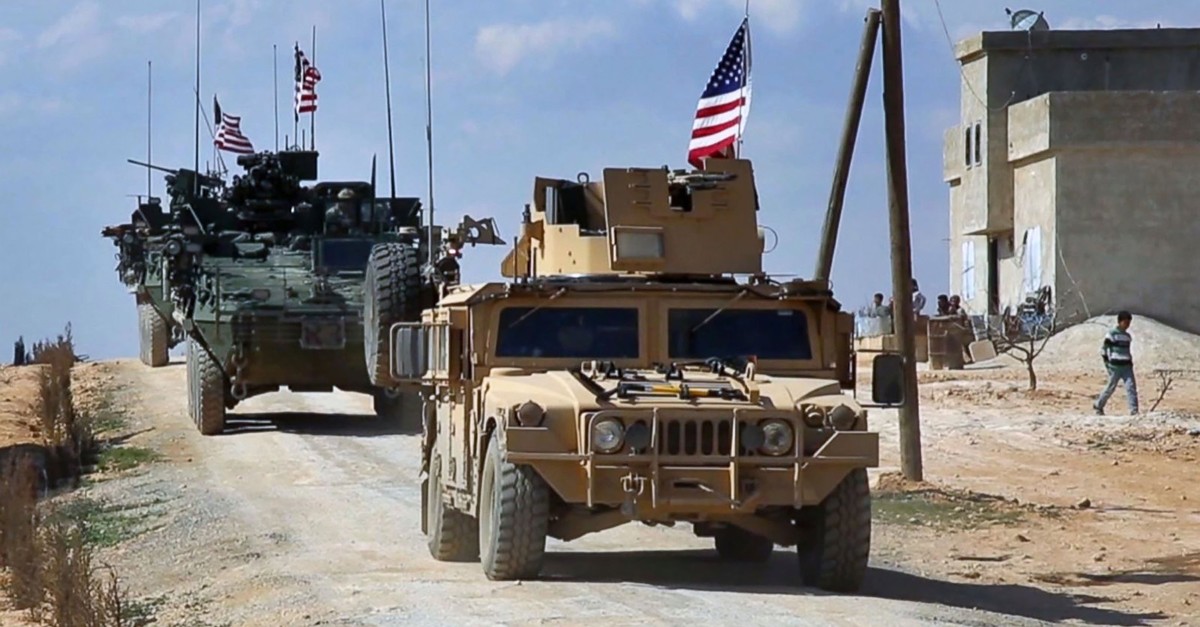 The U.S.u2019 active support to the PKK terrorist groupu2019s Syrian affiliate, the Peopleu2019s Protection Units (YPG), has been a major sticking point in strained Turkey-U.S. relations.
by Şeyma Nazlı Gürbüz Aug 05, 2019 12:06 am

Despite changing dynamics since the beginning of the civil war in Syria, Turkey has maintained its stance and vision regarding a safe zone. On the other hand, the U.S.' inconsistent approach may force Turkey to act on its own

In 2012, President Recep Tayyip Erdoğan first mentioned a safe zone in northern Syria. The vision of the president for a safe zone seven years ago was to have an area cleared of terrorists, reconstructed and recovered from the damage of war so that refugees could return to their hometowns safely. Since then, the number of Syrian refugees is in the millions, the violence has escalated rather than been tamed, and terrorists have gained so much territory that it has created the threat of a terror corridor along Turkey's southern border.

However, despite all these negative developments, there have not been many changes when it comes to Ankara's vision on the issue. When it comes to the vision of the country's allies in the region, especially the U.S., however, it is not easy to be that precise, as the U.S. approach to the issue of the safe zone changes constantly, forcing Turkey to act on its own.

According to Ali Faik Demir, an academic from Galatasaray University, it is clear that the U.S. has tried to come up with a safe zone proposal. However, the country seeks a proposal that will not damage Turkey and be acceptable while not letting the U.S. drop its support for the PKK's Syrian affiliate, the People's Protection Units (YPG), the reason behind the country's imbalanced stance on the issue.

"If Turkey cannot find middle ground with the U.S., then it will have to establish a safe zone in Syria by itself," Foreign Ministry spokesperson Hami Aksoy said Friday during a news conference. Aksoy's statement came after James Jeffrey, the U.S. envoy for the anti-Daesh coalition, indicated on Thursday that disagreements concerning a safe zone and other issues prevent its implementation. Last month, Jeffrey and National Defense Minister Hulusi Akar met in the capital Ankara and agreed to establish a safe zone in northern Syria. The statement by the U.S. Embassy in Ankara following the meeting, however, had a different tone from Jeffrey's recent words, saying, "The discussions were forthright, positive and productive." However, immediately after this statement, Foreign Minister Mevlüt Çavuşoğlu said, "The United States must come with proposals that are satisfactory to us or are close to our proposals." Akar also later informed his U.S. counterpart in a phone call that Turkey expects the U.S. to completely end its support for the PKK and the YPG. Yet, Jeffrey also indicated in his statement that the U.S. would continue its support for the YPG.

"They made it clear that they will continue to support the YPG, which is unacceptable for Turkey," Demir said.

Safe zone on Turkey's agenda since 2012

Although the idea of a safe zone first surfaced in a 2012 statement by Erdoğan, it was revived on Dec. 19, 2018 when U.S. President Donald Trump announced on Twitter his decision to withdraw U.S. troops from Syria and then on Jan. 13 tweeted about establishing a 20-mile-deep safe zone. Yet, following these tweets, the determination of the U.S. on the issue seems to have been lost since the country neither took concrete steps to withdraw its troops nor has it remained determined to implement the safe zone as first proposed as it has tried to reduce the proposed 20 mile area. The U.S. currently has more than 2,000 troops in Syria although it announced last December that it would withdraw entirely from the country. It backtracked from the decision and said in April that some 200-400 of its troops would remain in Syria.

Besides, the country's first moves following these announcements was to call on European powers such as France and U.K. to take part in the region to fill the vacuum that would emerge from the withdrawal of the U.S., a move that is regarded as yet another attempt to continue to protect YPG terrorists. However, even this stance has altered since then as Jeffrey indicated in June that there is no place for European powers in a safe zone.

"The main problem with the U.S. is that different state institutions have different opinions. When Trump says something, the Pentagon states the exact opposite," Demir said, aiming to make sense of the U.S. stance. The issue of withdrawal was actually one of the first to reveal the differences of opinion between Trump and the Pentagon; since the announcement, they have both released diametrically opposed statements. Then-Secretary of Defense James Mattis resigned in protest. In this situation, Trump usually came to the fore as the one who mostly gives the green light to Turkey, while the Pentagon insists on continuing the problematic U.S. Syrian policy. Demir added that what Turkey needs to do at this point to look at the past as a reference to see which U.S. institution's statements reflect reality.

Not first time for U.S. To act unpredictably

Since it is not a first for the U.S. to act unpredictably, looking back at history might be a good reference for future acts. One of the recent ambiguous U.S. actions that damaged Turkey's trust in the country once again concerned its support for the YPG, but this time in Manbij. Turkey and the U.S. agreed on a road map in June 2018 foreseeing the withdrawal of the YPG from Manbij and installing joint Turkish-American patrols, which began in November. However, the process has been sluggish as the terrorist group is still present in the city despite a three-month timetable set for implementing the deal.

Turkey strongly opposes the YPG's presence along its Syrian border, which has been a major sticking point in strained Turkey-U.S. relations, due to the latter's support for the YPG under the pretext of fighting Daesh. The YPG has organic organizational and operational links with the PKK, a group considered a terrorist organization by the U.S., the EU and Turkey. The U.S. has provided military training and given truckloads of military support to the YPG, despite its NATO ally's security concerns. Ankara has pointed out that it will not allow the YPG to strengthen its grip in Syria. Turkey is also prepared to launch an operation east of the Euphrates to eliminate the YPG. However, following the U.S. decision to withdraw from Syria, Ankara decided to put the operation on hold.