Turkey expects US to act as true ally: Erdoğan 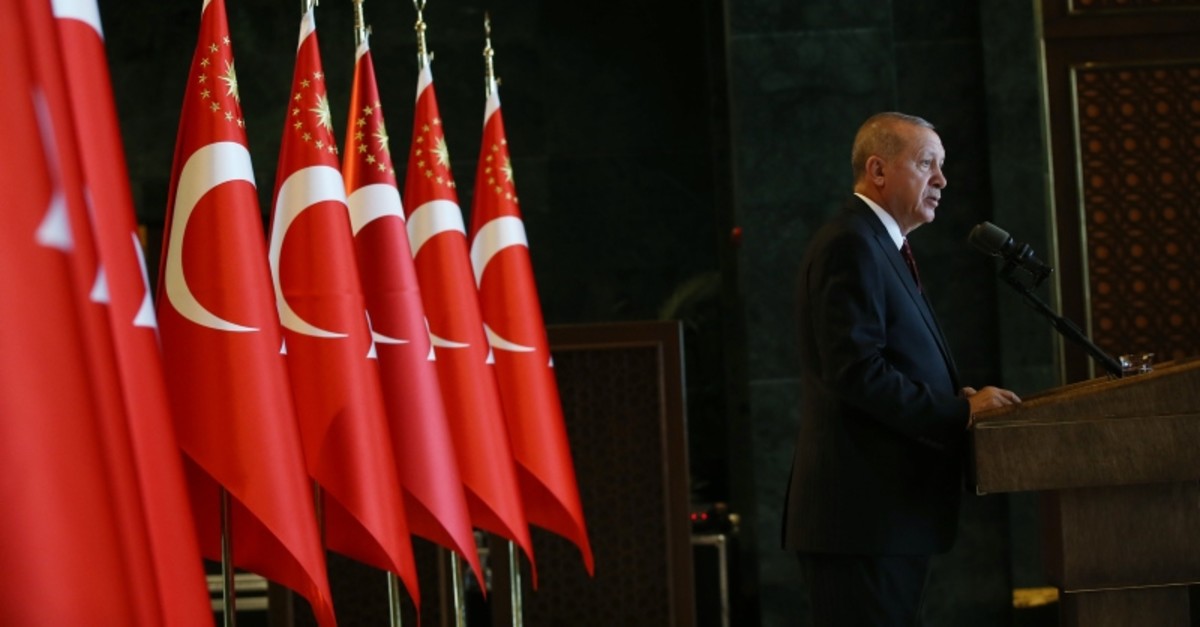 Turkey expects the United States to take steps that are worthy of a true ally, President Recep Tayyip Erdoğan said Tuesday, primarily in regard to partnering in the fight against terror.

"We will defend our national interests by means of soft power, forceful diplomacy or realpolitik as necessary (in Syria)," Erdoğan said at the 11th annual Ambassadors' Conference in the capital Ankara.

Erdoğan said Turkey will soon move into the next stage in the process to eliminate People's Protection Units (YPG) terrorists from northern Syria, as it did in operations Euphrates Shield and Olive Branch.

His comment came just hours after U.S. Defense Secretary Mark Esper said Washington intends to prevent an anti-terror operation by Turkish forces in northern Syria, where the U.S. has backed the YPG, initially in its fight against Daesh terror group. The YPG is the Syrian branch of the PKK, which is recognized as a terror group by Turkey, the U.S. and the EU.

Turkey expects the United States to stop arming the YPG in Syria, Erdoğan underlined Tuesday. He said Turkey will not feel safe until the supply of heavy weapons to terrorists at its southern border is eliminated.

FETÖ orchestrated the failed July 15 coup attempt in 2016, during which 251 civilians were killed, some 2,200 others were injured. Ankara also accuses FETÖ of being behind a long-running campaign to overthrow the state through the infiltration of the police, military and judiciary.

The U.S. decided in July to remove its Turkish partners from the $428 billion F-35 stealth fighter jet program after Ankara asserted its sovereign right to purchase the S-400 system. The U.S. says its NATO ally's purchase of the Russian system endangers the alliance's military intelligence, particularly in the development of the F-35 jets, a claim Ankara rejects.

Erdoğan also touched on the rise of racially-motivated terrorism, stating that the mass shootings in the U.S. over the weekend "show the bloody face of racist terrorism."

Within 24 hours, 31 people were killed in two separate mass shootings in El Paso, Texas, and Dayton, Ohio, carried out by two white men in their early 20s. Initial investigations show the El Paso terrorist traveled to the city on the Mexican border to carry out the attack against Hispanics.

Erdoğan urged that these attackers not be assessed by their ethnicity, color or language, arguing that they are no different than any other terrorists.

He also drew attention to the frequent threats faced by Turkish citizens living abroad, especially at Muslim places of worship.

"It is our responsibility to prevent these racist attacks and find the perpetrators," he said.