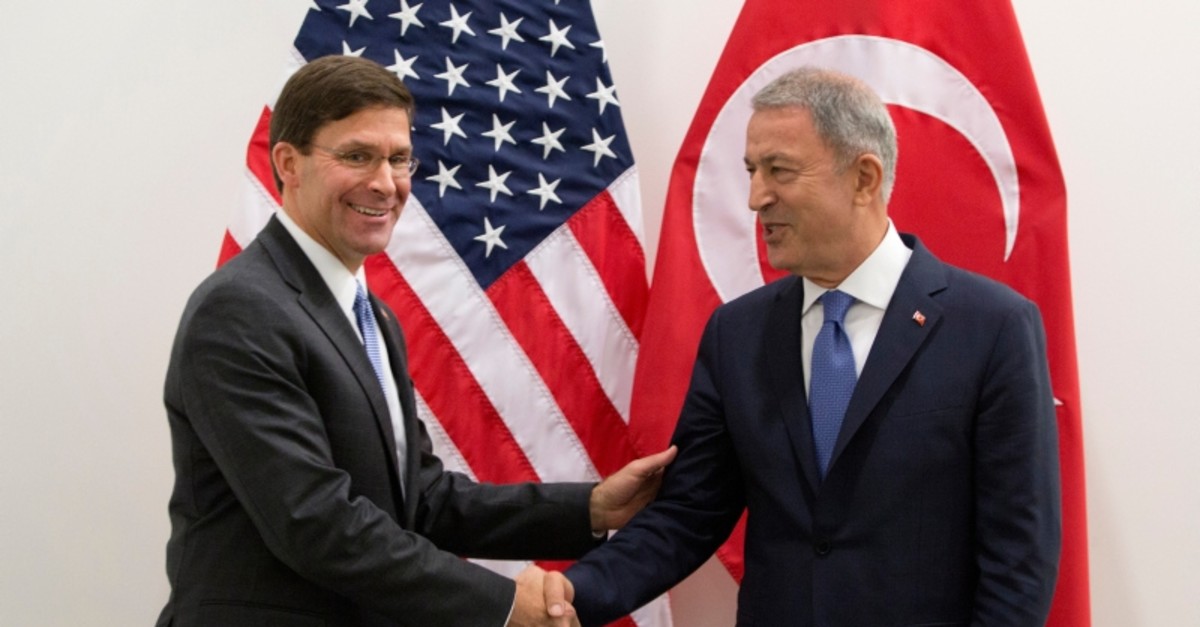 Defense Minister Hulusi Akar and his U.S. counterpart Mark Esper discussed in a phone call Wednesday the planned safe zone to be established by Turkish-U.S. cooperation in northern Syria, and agreed to launch the first phase of the Syria safe zone plan starting from today.

According to a statement by the National Defense Ministry, the defense chiefs also agreed to hold a meeting in Ankara as soon as possible between Turkish and U.S. military delegations to further coordinate the process.

Akar said the safe zone east of the Euphrates river in Syria should be established within the framework of the principles set out in the calendar without losing time, the statement said.

Pentagon also issued a statement later, saying that Turkey and the U.S. will implement the agreed safe zone plan in Northern Syria and the details regarding the envisaged Joint Operations Center will be discussed.

With the establishment of a safe zone in northern Syria with the aim of getting rid of the People's Protection Units (YPG) and PKK terrorists in the region, Turkey hopes to resettle a portion of displaced Syrians currently living in the country.

Turkish military officials and their U.S. counterparts previously discussed details of the planned safe zone, saying that both parties agreed on turning the area into a "peace corridor" and that measures would be taken to ensure the return of Syrians forced out of their country by violence.

The agreement also envisaged to set up necessary security measures to address Turkey's security concerns. The officials planned for a Joint Operations Center to be established in Turkey to coordinate and manage the establishment of the safe zone.

Turkey expects the creation of a 32-kilometer safe zone in northern Syria, which must be cleared of the PKK's Syrian affiliate YPG. Ankara has warned that if the establishment of such a zone is delayed, it will take cross-border military action to remove the terrorist threat at its southern border.