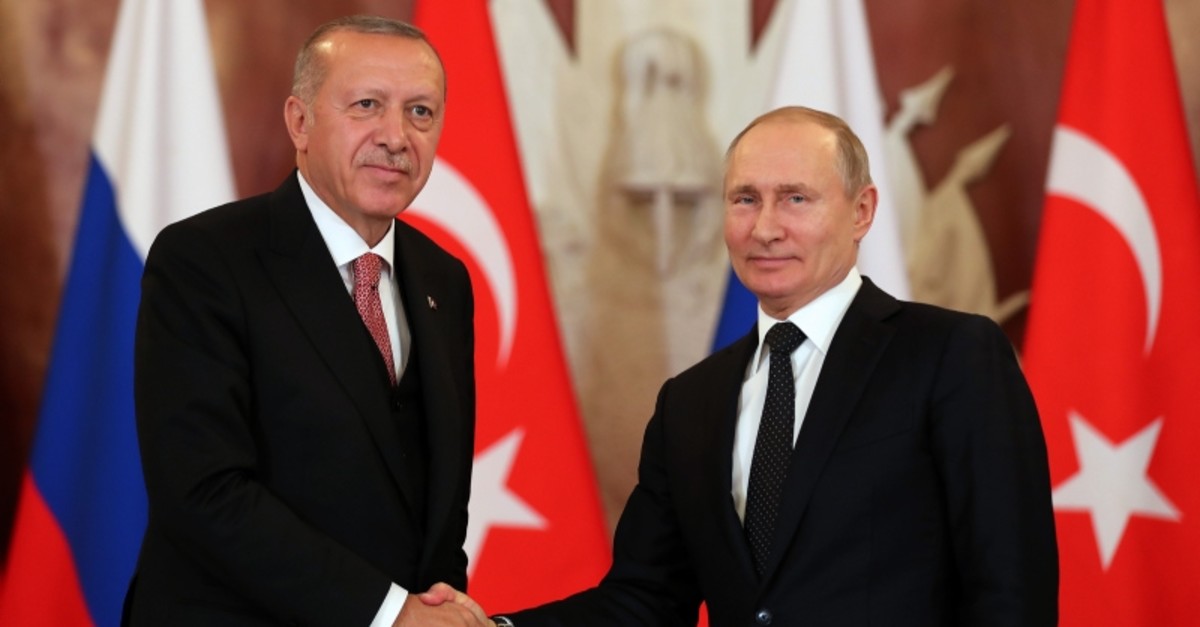 President Recep Tayyip Erdoğan and his Russian counterpart Vladimir Putin discussed in a phone call Friday recent developments in Syria, including the Syrian regime's latest offensive in the northwest, and the situation in Libya.

According to a statement by the Turkish Presidency, Erdoğan told Putin that the Assad regime's attacks and violations in the de-escalation zone in Idlib were causing a major humanitarian crisis and posed a "very serious" threat to Turkey's national security.

"These attacks damage the efforts to regulate the Syrian conflict," it said.

A statement by the Kremlin said both presidents agreed to "activate mutual efforts with the goal of liquidating the terrorist threat" in Idlib.

Later on Friday President Recep Tayyip Erdoğan said he will visit Moscow on Tuesday to hold a meeting with his Russian counterpart Vladimir Putin.

Assad's forces pushed deep into a small cluster of towns and their environs in the Hama countryside Friday morning, encircling opposition forces and Turkey's No. 9 observation point, state media and a monitor said.

According to state-run Syrian news agency SANA, regime troops have seized the villages of Latamneh, Latmeen, Kfar Zeita and Lahaya, as well as the village of Morek, where Turkey maintains an observation post.

Speaking to reporters on Friday, Foreign Minister Mevlüt Çavuşoğlu said the observation point was not under threat and no force could take Turkish soldiers hostage.

Turkish officials previously said the relocation or closure of the 9th observation post was "out of the question" and that it would be reinforced instead.

The de-escalation zone is currently inhabited by 4 million civilians, including hundreds of thousands displaced by regime forces from cities and towns throughout the war-weary country.

The conflict, which entered its 8th year this year, has caused more than 10 million people to be displaced and killed hundreds of thousands of people, according to the U.N.