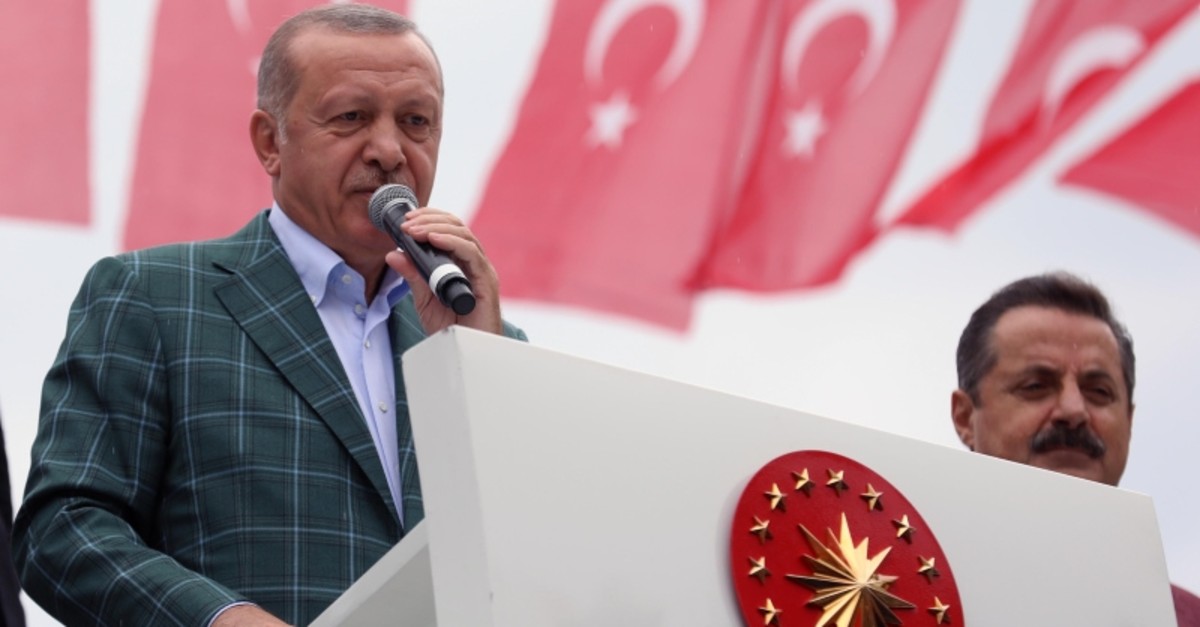 Turkish President reiterated Saturday Turkey's determination to defend its rights in Eastern Mediterranean while addressing a large crowd of people in Yusufeli district of the northeastern province of Artvin.

Criticizing Western states' opposition to Turkey's move in the region, Recep Tayyip Erdoğan said: "We will defend Turkey's rights in Eastern Mediterranean to the full extent despite Western threats."