First phase of safe zone begins, while Turkey's mistrust over previous deals with US lingers 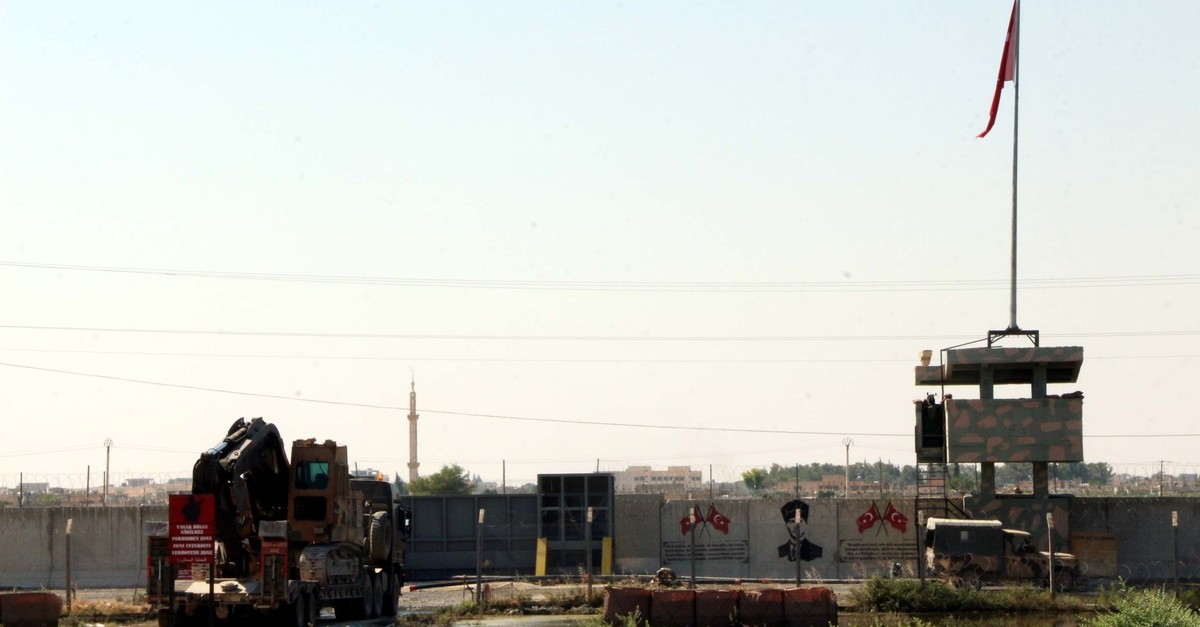 Turkey makes military reinforcements to southeastern u015eanlu0131urfa province as part of the preparations for the establishment of a safe zone in northern Syria, Aug. 22, 2019.
by Daily Sabah Aug 26, 2019 12:11 am

Although the first phase of establishing a safe zone in northern Syria has been launched together with the U.S. after a long period of discussions, Turkey is still approaching the issue cautiously due to its previous failed negotiations with the NATO ally

The first phase of the long-awaited safe zone agreement started over the weekend as Turkey and the U.S. made a joint helicopter flight over the region. Yet, despite these developments, Turkey is still cautious on the U.S. commitment to implementing the other two phases of the agreement as the country has been let down many times before when it comes to agreements with the U.S. National Defense Minister Hulusi Akar announced Saturday that the Turkey-U.S. Joint Operations Center to establish and manage a safe zone in northeast Syria had officially commenced operations at full capacity. The minister also said the first joint helicopter flight would be conducted later that day and that implementation in the field as part of the first phase of the safe zone plan had already started.

Turkish drones carried out surveillance work in the safe zone area last week in preparation for the helicopter flight. Although neither side has revealed details about the center, such as the size of the zone or the command structure of the forces operating there, Akar said: "The command of the center is carried by one U.S. general and one Turkish general." "We have started destroying terrorist positions and targets," Akar added. As its priorities remain the same, Turkey wants to remove the PKK-affiliated People's Protection Units (YPG) fully from the area. According to the agreement, as the second phase of the deal, Ankara demands that all heavy weapons and YPG ammunition in the region be seized and the organization's fortifications, trenches and tunnels be destroyed before setting up the safe zone.

To establish the safe zone, the Peace Corridor as Turkey's National Security Council describes it, the YPG needs to be fully demilitarized. For Turkey, the resettlement of Syrian refugees to that safe zone is a key priority as well.

Ankara and Washington also agreed in general terms about the control and coordination of air space in the region. Recently, a six-member U.S. team arrived in southeastern Şanlıurfa province on Aug. 12.

This milestone followed establishment of the joint coordination center earlier this week, Robertson said in an emailed statement. This flight demonstrates the U.S.'s commitment to address "Turkey's legitimate security concerns on their southern border," the statement noted.

The statement also reiterated the U.S.'s determination to "maintain security in northeast Syria so ISIS cannot reemerge," using an alternate name for the Daesh terrorist group.

The first joint helicopter flight between the two NATO allies allows the coalition and U.S.'s partners to "remain focused on achieving the enduring defeat of ISIS," the statement added.

However, despite these positive steps in forming a safe zone in northern Syria, the U.S. still fails one crucial condition for Turkey: cutting its ties with the YPG and the Syrian Democratic Forces (SDF), and umbrella group dominated by the YPG, which terrorizes the region. The U.S. Central Command (CENTCOM) issued a statement on Aug. 23 and said "Within 24 hours of the phone call between United States Secretary of Defense (SECDEF) and Turkish Ministry of Defense (MINDEF) to discuss security in northeast Syria, the SDF destroyed military fortifications, Aug. 22. This demonstrates the SDF's commitment to support implementation of the security mechanism framework" on the official Twitter account.

The U.S., which has designated the PKK a terrorist organization, still allies itself with the SDF in Syria, which mainly consist of PKK offshoot YPG militants. Turkey wants YPG commanders removed from the SDF's top ranks and Sunni Arabs, together with non-YPG Kurds, included in the lower ranks.

By establishing a safe zone in northern Syria, Turkey hopes to resettle displaced Syrians currently living in the country and get rid of the PKK and its Syrian affiliate, YPG terrorists, in the region.

To reduce tensions, Turkey and the U.S. agreed on a road map in June 2018 foreseeing the withdrawal of the YPG from Manbij and installing joint Turkish-American patrols, which began last November. However, the process has been sluggish as the terrorist group was still present in the city despite the three-month timetable set for implementing the deal. Turkey expects the creation of a 32-kilometer safe zone in northern Syria, which must be cleared of YPG terrorists. Ankara has warned that if the establishment of such a zone is delayed, it will take cross-border military action to remove the terrorist threat on its southern border. Turkey previously conducted two offensives into Syria, against Daesh and the YPG, in 2016 and 2018. Operations Euphrates Shield and Olive Branch liberated the region from the YPG, PKK and Daesh terrorists, allowing hundreds of thousands of displaced civilians to return to their homes. The YPG is the Syrian offshoot of the PKK terror group, which has been responsible for the deaths of nearly 40,000 people in Turkey, including many children, women and infants, for more than 30 years.