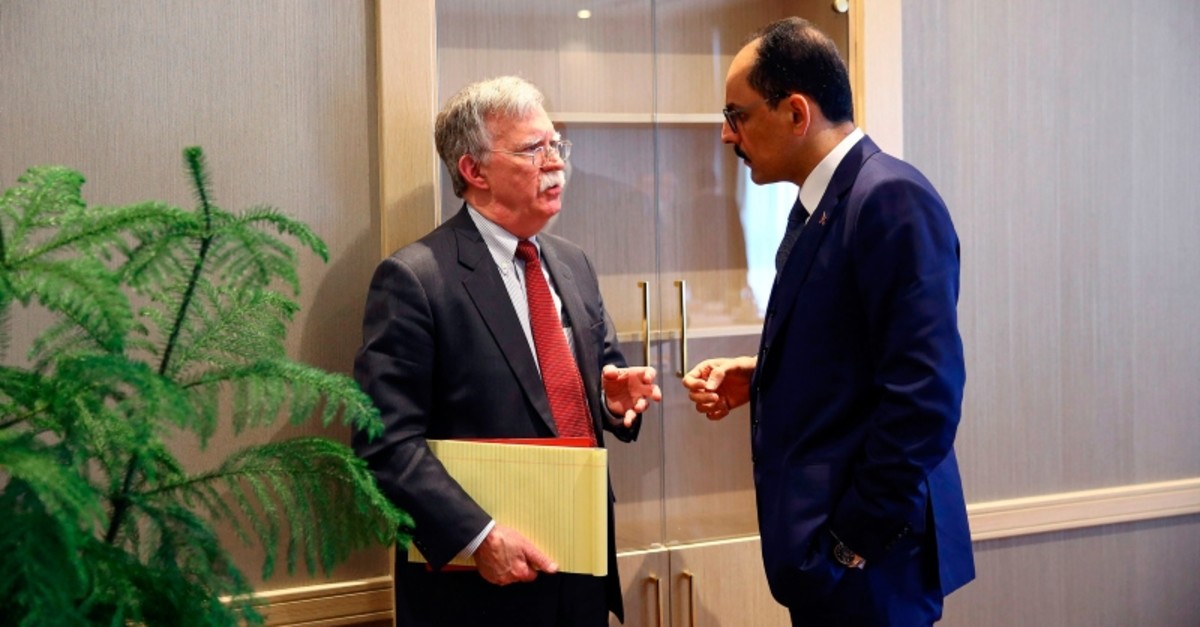 Presidential Spokesperson Ibrahim Kalın held a phone call with his U.S. counterpart National Security Adviser John Bolton to discuss an array of issues, including the latest developments in Syria and the proposed safe zone, as well as bilateral trade ties.

Diplomatic sources said Kalın conveyed to Bolton that the Turkish side had completed preparations for the realization of the Turkish-U.S. joint operation plan without delay.

The call comes a day after President Recep Tayyip Erdoğan slammed international powers over their inaction on the establishment of a safe zone in northern Syria.

He said the safe zone was nothing more than a name as no other country except Turkey was willing to take action. He also warned that the de-escalation zone in the Idlib region was slowly disappearing because of military attacks by Assad regime forces.

Last Saturday, the Turkish president asserted that Turkey will apply its own plan of action if Turkish soldiers are not allowed to control the safe zone in Syria. In three weeks, on the sidelines of the U.N. General Assembly session, Turkey will use the last possibility to find a compromise with the U.S. on building a safe zone along the eastern line of the Euphrates River, he said.

In addition, Kalın and Bolton also discussed U.S. Commerce Secretary Wilbur Ross's upcoming visit to Turkey on Sept. 6, the importance of the $100 billion bilateral trade target and how it will accelerate economic ties between the two countries.

During the visit, Turkish and U.S. delegations will be holding a series of meetings with businesspeople from both countries to discuss potential partnerships and sectoral studies together.

The duo also exchanged views on the situation in Libya and the fight against terrorism.