Turkey may open gates to Europe if no help given, Erdoğan says 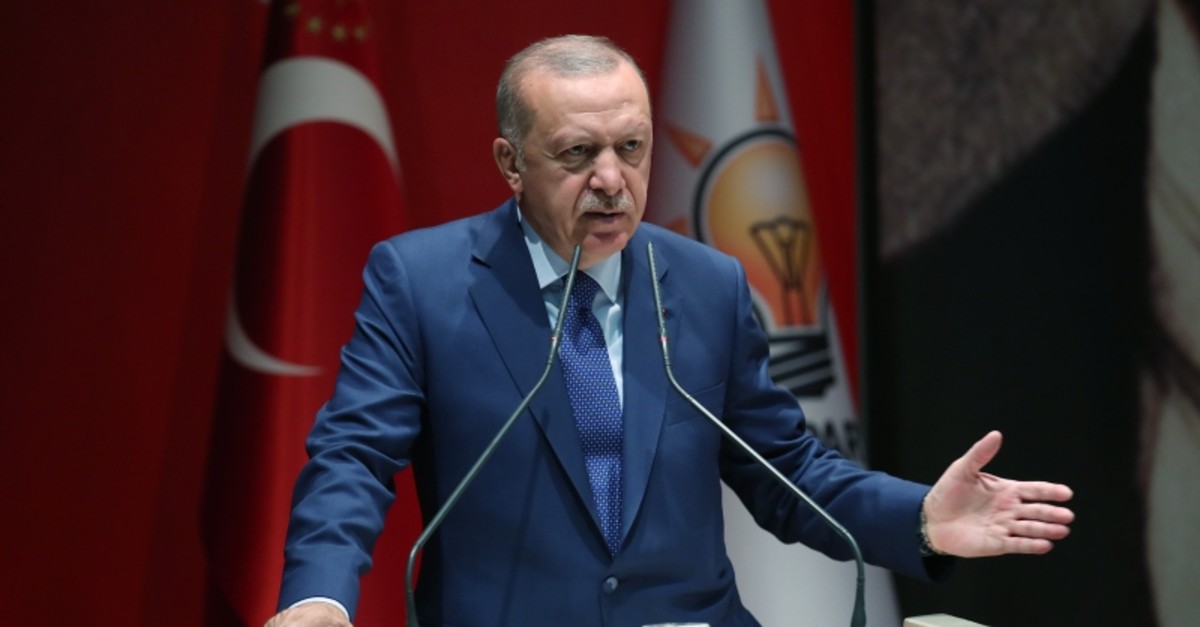 Turkey has been left alone to deal with the refugee flow from war-torn Syria and it may have to open the doors to Europe if it does not receive the necessary assistance from the international community if the planned safe zone inside Syria is not established soon, President Recep Tayyip Erdoğan said.

Speaking to the members of the Justice and Development Party (AK Party) on Thursday, Erdoğan said Turkey is determined to actively establish the safe zone east of the Euphrates River by the end of September.

"Our goal is to resettle at least 1 million Syrian refugees in the safe zone that we will establish along the 450-kilometer border line," Erdoğan said, as he highlighted that Turkey is currently taking care of over 3.6 million refugees and has not received the help from the European Union.

Turkey has welcomed millions of people escaping the Syrian conflict since 2011, spending over $37 billion worth of resources for them