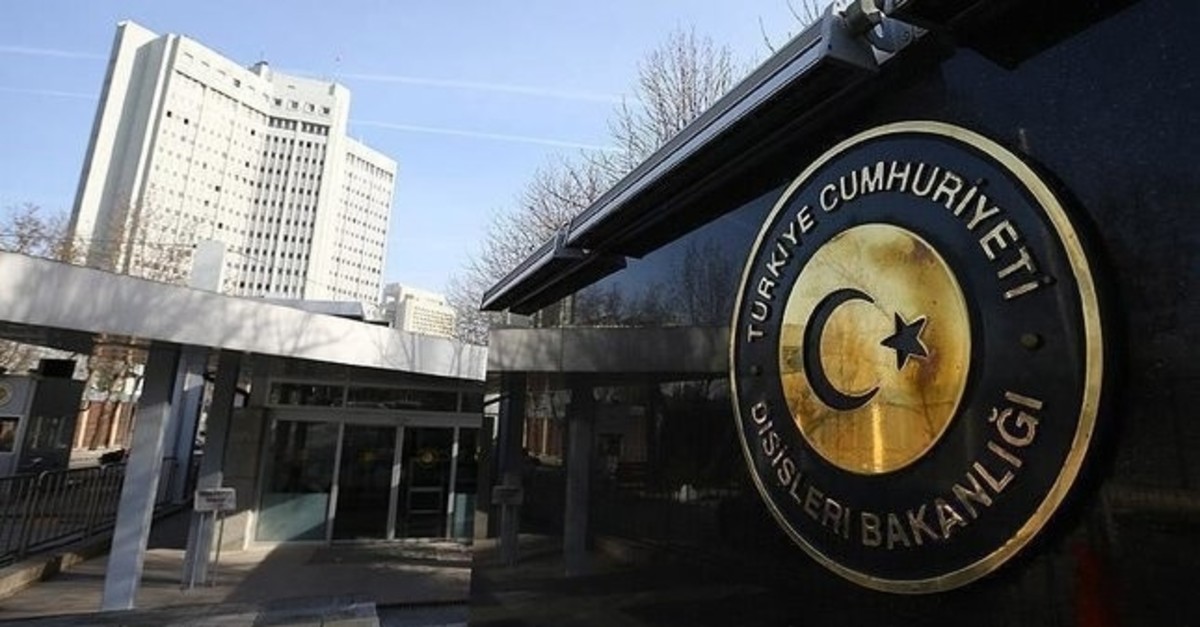 In the demonstration, a group of protesters reportedly members of the political movement of President Michel Naim Aoun, whose "Ottoman state terror" allegations against Ottoman Empire sparked fury in Turkey, opened up a poster depicting a Turkish flag doctored to include a human skull.

Marking the country's 100th anniversary, President Aoun recently blamed the Ottoman Empire for "state terror" before the foundation of Lebanon.

Previously, releasing a statement, the Foreign Ministry strongly condemned and rejected his "baseless and biased" comments accusing the Ottoman Empire of practicing state terror in the region.

The statement said that Aoun's comments had unfortunate and irresponsible characteristics that did not meet with the level of friendship between the two countries.

"In the history of the Ottoman Empire, there was no 'state terror.' In contrast to allegations, there was long-lasting stability in the Middle East during the Ottoman era. This period was a time when people from different religions and languages lived together in peace and mutual tolerance," the statement added.