Turkey hasn't given up on F-35 program, Presidential Spox says 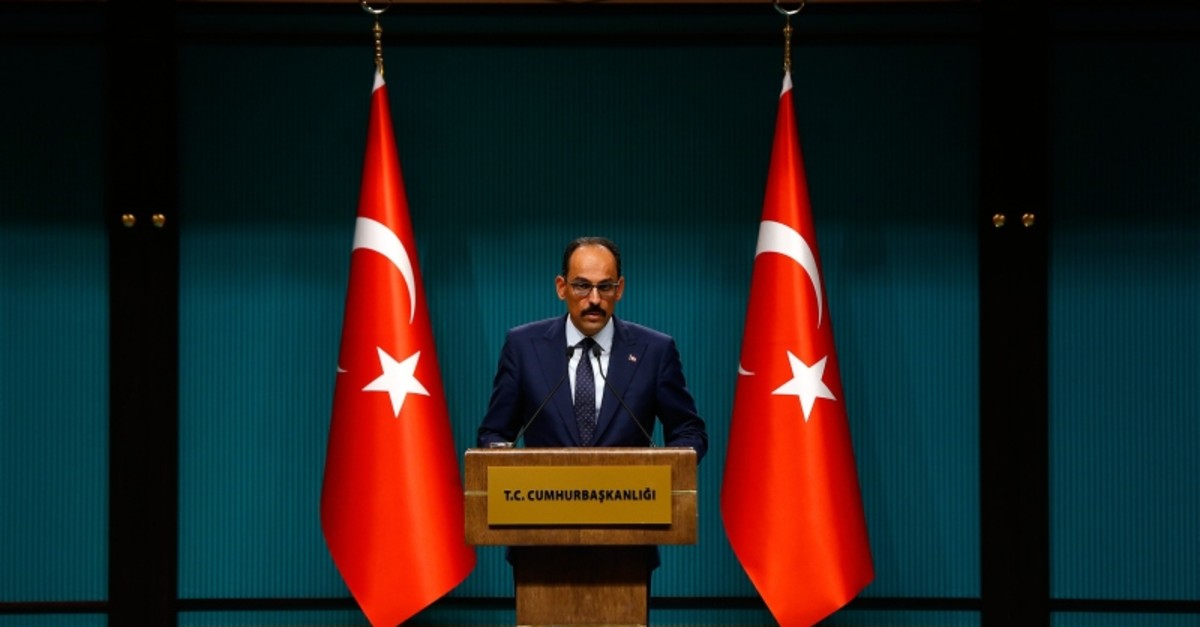 Turkey has not given up on F-35s, and it will not be easy to remove Ankara from the fighter jet's production program, the country's presidential spokesman said on Tuesday.

"We have not given up on the F-35s, it is not easy to remove Turkey from that program either. We believe that the crisis will be resolved sooner or later," Ibrahim Kalın told reporters following a Cabinet meeting at the presidential complex.

In July, the U.S. suspended Turkey's involvement in the F-35 program, saying its purchase of the Russian S-400 missile defense program could endanger the fighter jets, a claim Turkey has consistently denied.

Turkey produces some parts of the F-35 fighter jets and also is a partner in the jet program, and has warned any effort to remove it from the production chain will be very costly.

Turning to ongoing efforts to establish a safe zone east of the Euphrates River in northern Syria, Kalın said if Turkey encounters any stalling or misconduct by the U.S., Turkey could set up the zone by itself.

"We cannot confirm the information coming from the U.S. side that the field is completely safe. We need to confirm it through our own sources," he said, alluding to Turkish demands that the zone be rid of the PKK/YPG, a terrorist group the U.S. has sometimes allied itself with.

The agreement also envisaged setting up necessary security measures to address Turkey's security concerns, including clearing the zone of the terrorist YPG/PKK.

Turkey has complained of previous U.S. stalling over the PKK/YPG leaving the northern Syrian town of Manbij.

In its more than 30-year terror campaign against Turkey, the PKK -- listed as a terrorist organization by Turkey, the U.S. and the EU -- has been responsible for the deaths of some 40,000 people, including women, children, and infants. The YPG is its Syrian branch.

Touching on protests against terrorism in Turkey, Kalın voiced support for mothers and families staging a sit-in outside provincial offices of the Peoples' Democratic Party (HDP) -- long accused of having links to the PKK terror group -- in the southeastern Diyarbakır province.

The protest started on Sept. 3, when one mother began protesting against alleged recruitment of her teenage son by the PKK.

Kalın accused the international press of ignoring the "important" protests, which have been going on for almost two weeks.