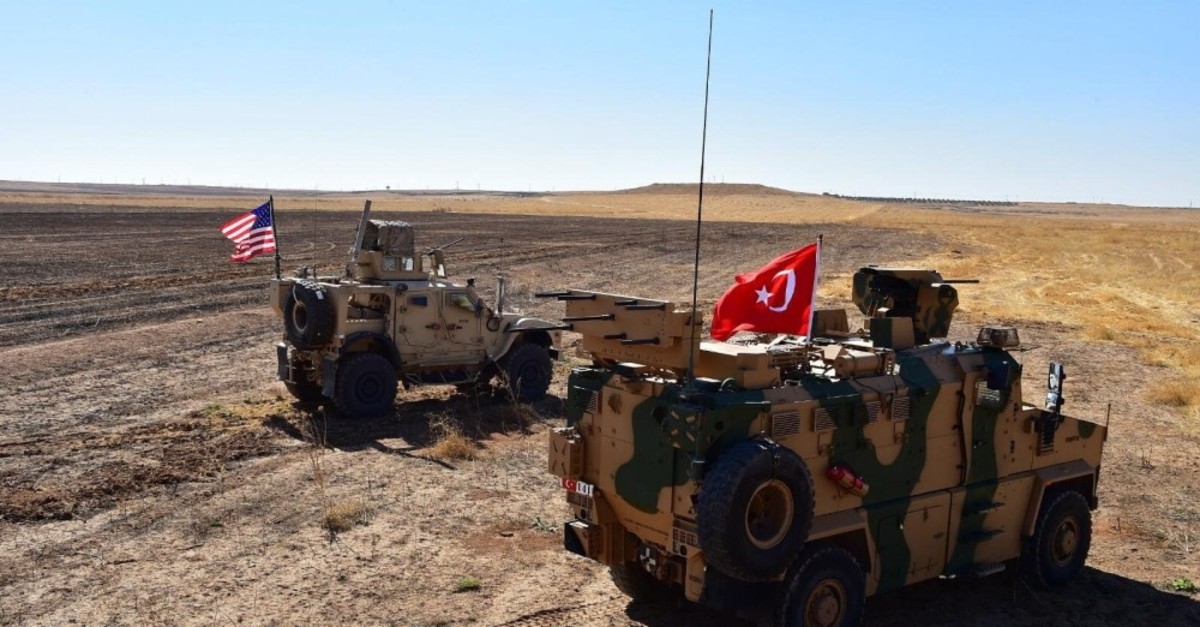 Turkey and the U.S. have launched their first joint patrol east of the Euphrates in Syria, while Turkish officials have maintained a cautious approach due to the sluggish progress of Washington in previous deals

Ankara remains skeptical toward the deal with the U.S. to establish a safe zone in northern Syria meant to appease Turkey's security challenges and relieve the refugee burden due to unfulfilled promises given in previous deals and its contradictory actions in Syria. "This is not an agreement but a consensus, which already raises questions about how binding it is," said Murat Aslan, a security analyst and academic at Hasan Kalyoncu University, referring to the deal between security officials from Ankara and Washington on Aug. 7 to set up a safe zone and develop a "peace corridor" running from the Euphrates river to the Iraqi border. The deal aims to facilitate the return of displaced Syrians living in Turkey to their home country and provide security for Turkish border settlements and military outposts. Stressing that there has been no official announcement about the details concerning the consensus between the two countries, which, according to Aslan, again raises suspicions, the academic added the return of Syrians after the establishment of the safe zone is of vital importance as the refugee problem causes an economic, security and occupational burden for Turkey.

Turkey's distrust of Washington dates back to unfulfilled promises of the Barack Obama administration, particularly concerning ending the U.S. support for PKK-affiliated People's Protection Units (YPG) in northern Syria. Washington's support of the Syrian Democratic Forces (SDF), an umbrella group dominated by the YPG, has remained the most important security concern for Ankara since 2014. 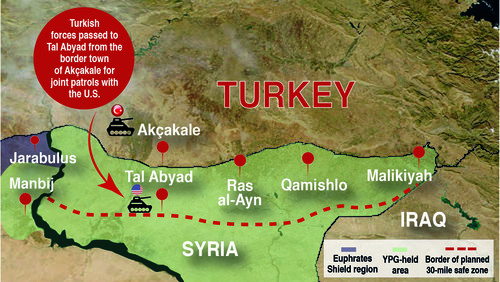 Since Obama's term, thousands of truckloads of weapons have been delivered by Washington to the YPG. Despite the U.S. promising to retrieve the weapons, later remarks from the White House changed, suggesting they cannot retrieve all of the weapons, which, according to Ankara, may be eventually transferred to the PKK to be used in its terror campaign against Turkey – a campaign that has already claimed nearly 40,000 lives.

The Aug. 7 consensus was the second agreement between the two NATO allies regarding the region. Another source of Turkey's mistrust toward its ally reportedly derived from Washington's indifference during the first consensus, known as the Manbij road map, which was agreed on in June 2018. The deal foresees the withdrawal of the YPG from Manbij and installing joint Turkish-American patrols, which began in November. However, the process has been sluggish as the terrorist group was still present in the city despite a timetable to implement the deal.

Aslan noted that despite no concrete steps being taken, Manbij remains an important topic for Turkey for the country's national security interests. "While we are focused on the east of the Euphrates, it should not be neglected as it has a vivid economy that could be used directly by terrorists as a source," he said. Also in May 2017, the U.S. started distributing arms and equipment to the YPG for an offensive against Daesh-stronghold Raqqa, despite Ankara's offers to carry out a joint offensive in the province.

Turkey has no patience for another sluggish deal

While the National Defense Ministry said on Twitter that the Turkish Armed Forces and U.S. personnel conducted the first joint ground patrol as planned to establish a safe zone east of the Euphrates in northern Syria, President Recep Tayyip Erdoğan warned that Ankara expected a quick execution of the deal.

"If the safe zone east of Euphrates with our own soldiers is not established by the end of September, we will have no choice but to go our own way," the president said.

He added that Turkey will not tolerate a halfhearted implementation that does not address Turkey's national security problems. "This is not something to be completed by three or five helicopter flights, five or 10 vehicle patrols, the presence of a couple of soldiers in the region only for show. We must bring the whole region with its cities and rural areas to a safe status to settle 1 million people there," Erdoğan said.

Referring to Erdoğan's words, Aslan said while the Defense Ministry is only focused on one thing, namely taking the agreed steps in military terms and establishing the safe zone, Erdoğan also has to consider different aspects, like the economy and humanitarian issues.

"For example, Turkey's institutions such as the Disaster and Emergency Management Authority (AFAD) and the Red Crescent have been pouring sources into the area and will continue to do so. The military and the U.S. do not focus on the return of the Syrians," he said.