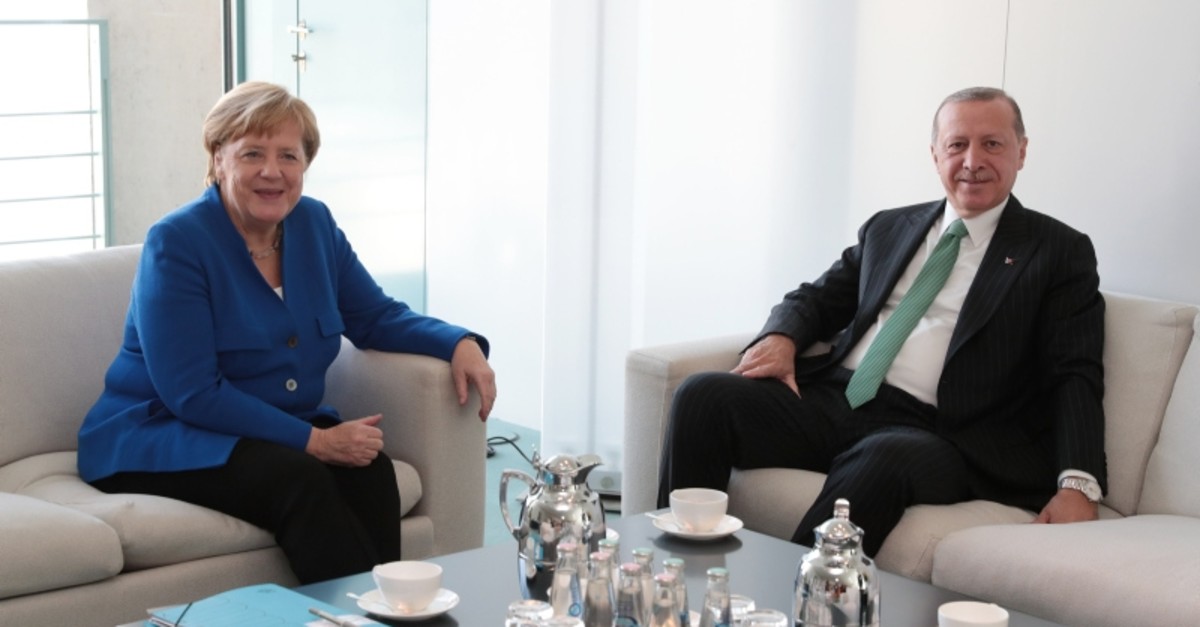 Erdoğan and Merkel discussed migration, developments in Syria, Libya and bilateral relations, the directorate said in a statement.

Turkey has been pressing the EU -- of which Germany is a powerhouse member -- to fulfill its obligations to do more to help in the migrant and refugee crisis.

Erdoğan had earlier warned that Turkey cannot deal with a renewed migration wave from conflict-torn Idlib, Syria, saying if the EU does not step up, Turkey might open the doors for migrants to cross into Europe.

The president had also said that Turkey so far spent around $40 billion for refugees, while support from the EU to Turkey totaled only around 3 billion euros ($3.34 billion), breaking the EU's pledges in a 2016 deal with Turkey to stem irregular migration.

Turkey currently hosts some 3.6 million Syrian refugees, more than any other country in the world.