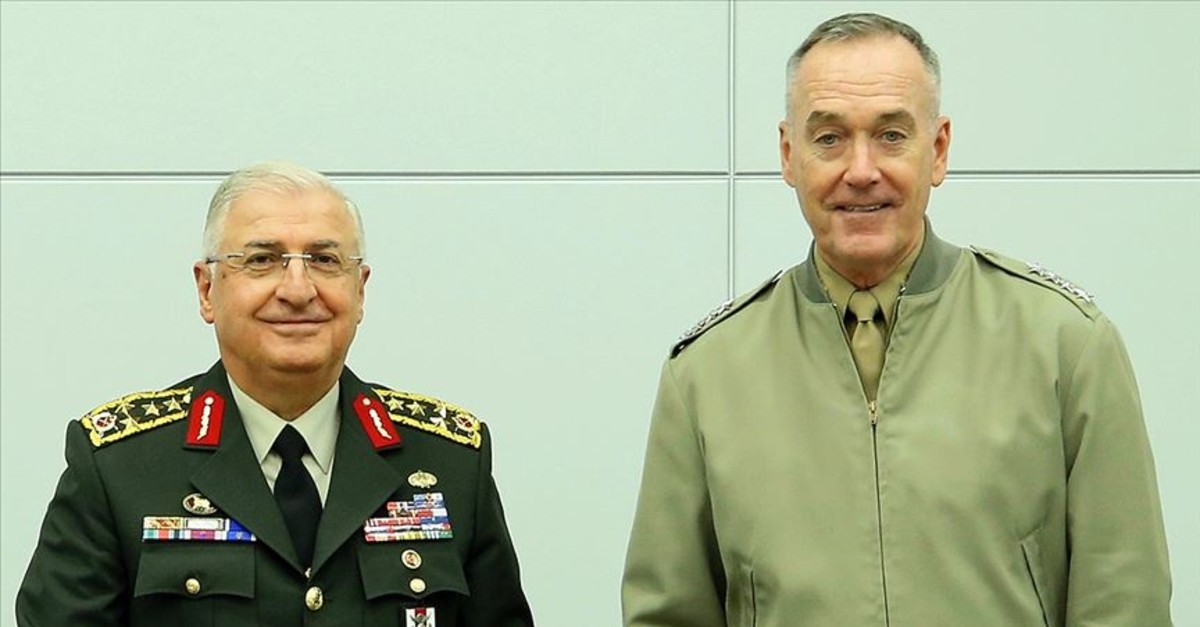 Turkey's chief of general staff and his U.S. counterpart discussed a safe zone in Syria along Turkey's border on the sidelines of a NATO conference in Slovenia, the Turkish Defense Ministry said Saturday.

Gen. Yaşar Güler and Joseph Dunford held a bilateral meeting in capital Ljubljana where a two-day NATO Military Committee Conference is being held until Sept. 15, the ministry said in a statement.

The Turkish military chief shared Turkey's expectations about the safe zone east of the Euphrates in Syria, a recent hot topic between the U.S. and Turkey.

Ankara attaches importance to the safe zone in terms of its fight against YPG/PKK terror groups.

The agreement also envisaged setting up necessary security measures to address Turkey's security concerns, including clearing the zone of the terrorist YPG/PKK, a group the U.S. has sometimes been allied with, despite Turkey's objections.

In its more than 30-year terror campaign against Turkey, the PKK -- listed as a terrorist organization by Turkey, the U.S. and the EU -- has been responsible for the deaths of nearly 40,000 people, including women and children. The YPG is the group's Syrian branch.