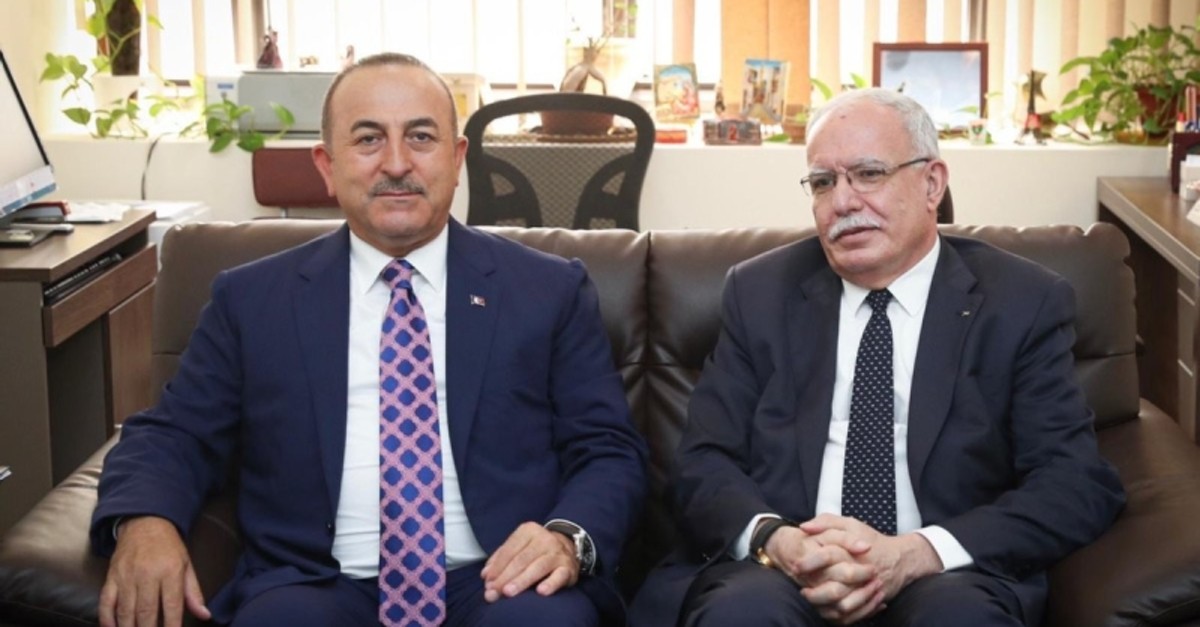 The meetings with Palestine's Riad al-Malki and Jordan's Ayman Safadi were held in Jeddah, Saudi Arabia on the sidelines of the Organization of Islamic Cooperation (OIC) conference.

Çavuşoğlu met al-Malki amid comments by Israeli Prime Minister Benjamin Netanyahu on applying Israeli sovereignty to the Jordan Valley and Dead Sea if he wins the Sept. 17 elections.

"Discussed w/my brother FM Riad Malki of #Palestine latest regional developments, particularly #Israel's reckless aggression. #Turkey will continue to uphold the Palestinian cause in every forum and always support the Palestinian people," Çavuşoğlu said in a tweet after the meeting.

"Met w/FM @AymanHsafadi of #Jordan. Will continue to strengthen our cooperation w/Jordan through our joint efforts not only in our bilateral relations but also in the defense of the Palestinian cause," Çavuşoğlu tweeted after meeting.

In an earlier tweet after the emergency meeting of OIC, he blasted Israel's illegal policies and said the international community "should finally put an end to Israel's violent policies&initiatives of expansion of illegal settlements."

Çavuşoğlu also said the international community "should ensure that Palestinians live in a free #Palestine, in peace and dignity."

Roughly 70,000 Palestinians -- along with some 9,500 Jewish settlers -- currently live in the Jordan Valley, which is a large, fertile strip of land that accounts for roughly one-quarter of the West Bank's overall territory.