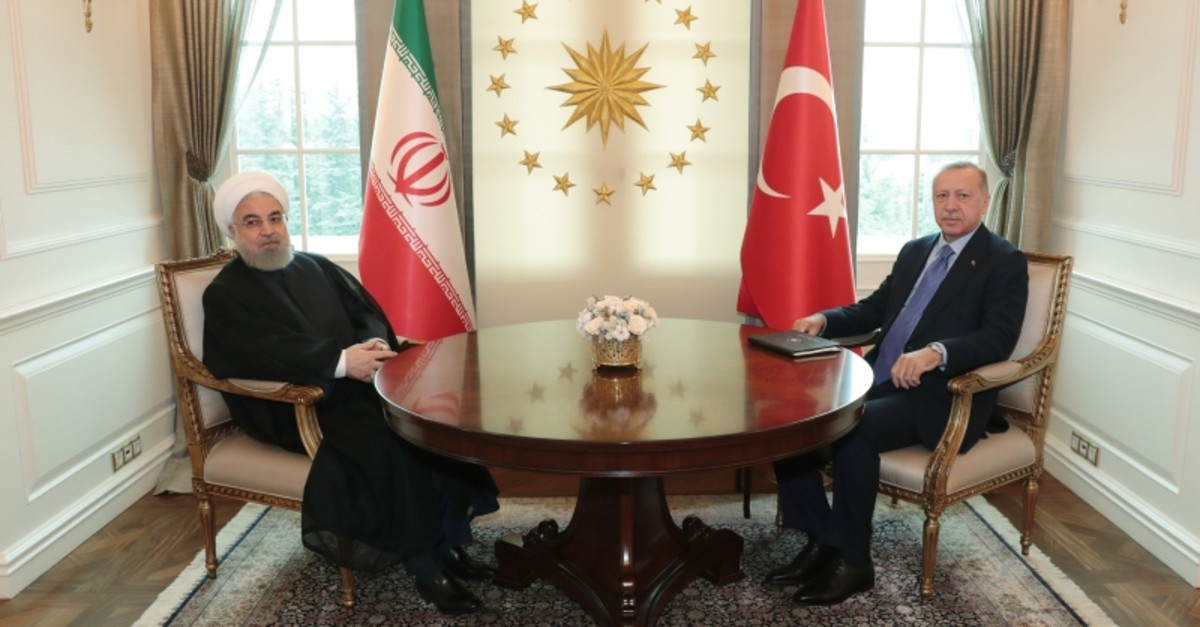 President Recep Tayyip Erdoğan met his Russian and Iranian counterparts Vladimir Putin and Hassan Rouhani on Monday ahead of key meeting on Syria.

The developments in Idlib, refugees and a political solution to the lingering conflict in Syria will be on the table at the fifth trilateral summit with the participation of Turkish, Russian and Iranian leaders in Astana format.

"It is aimed to evaluate the developments in Syria, especially in Idlib, to end the conflict environment, to provide the necessary conditions for the voluntary repatriation of refugees and to consult the joint steps to be taken in the future in order to establish a permanent political solution," the Turkish presidency had said in an earlier statement. 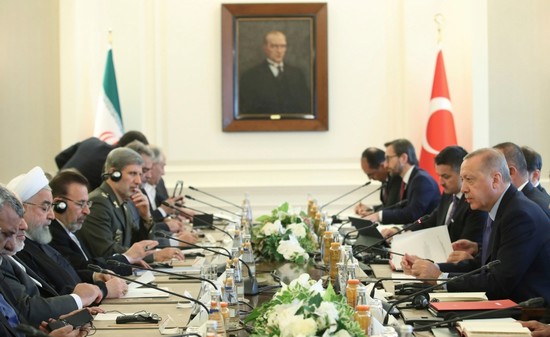 Erdoğan first greeted Rouhani at the Çankaya Presidential Mansion in Ankara and the two leaders and accompanying delegations proceeded to a closed-door meeting that lasted nearly two hours. Bilateral relations, as well as regional and international developments, were expected to be discussed. 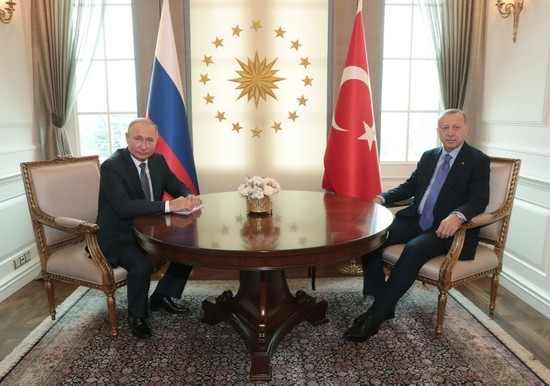 Erdoğan later met with Putin, who arrived in Ankara earlier in the day, for a closed-door meeting that lasted around one-and-a-half hours and also attended by delegations. 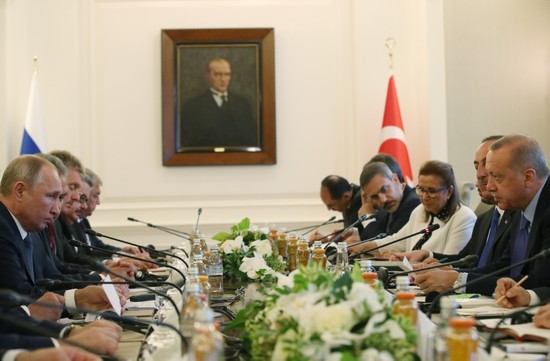 The Russian and Iranian presidents also met before the trilateral summit. 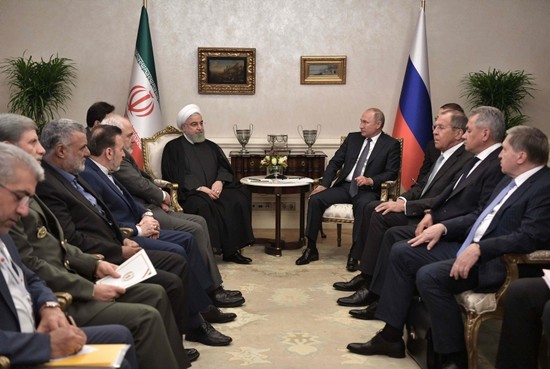 Rouhani arrived in Ankara on late Sunday to attend the summit. Speaking to reporters at the Mehrabad Airport in Tehran ahead of his visit, Rouhani said Sunday that Syria's future belongs to its people.

"Apart from the stability and security of the region, I hope that Ankara's trilateral summit will take effective steps and that the three countries can agree to help the people and the future of Syria," he said.

"We have always emphasized that the future of Syria belongs to the people of this country, and other countries should help the Syrian people in this regard," Rouhani said.

He recalled that Monday's summit would be the fifth meeting of this format in the last two and a half years, underlining that the three countries "have been guarantors of the cease-fire in Syria".

Rouhani said combating terrorism and countering foreign interference in Syria, return of the Syrian refugees, reconstruction and constitutional reform, as well as elections in 2021 are among the important issues that will be discussed at the summit.

The Iranian president stated that there were still parts of Syria facing trouble, including the eastern Euphrates region and added that the illegal presence of the U.S. was disturbing peace in Syria.

He said the main concerns of the three guarantor states were the intervention and aggression of Israel in Syria and its support for the terrorists, and the regime's attacks on the Syrian people and infrastructure.

Rouhani went on to say that regional issues must to be resolved by regional countries through dialogue.

Rouhani said the U.S. was supporting Saudi Arabia and the UAE in Yemen by supplying them weapons. "If we want full security in the region, the U.S. intervention should stop."

"We are ready to have friendly relations with all our neighbors. The best way to resolve our country's economic problems is to have close economic ties with our neighbors," he concluded.

National Defense Minister Hulusi Akar also met on Monday with his Iranian counterpart Amir Hatami in the capital Ankara. Akar received Hatami with a military ceremony at the Turkish Defense Ministry, where national anthems of both countries were played. Hatami greeted the escort of honor in Turkish language.

Following the ceremony, the ministers held a meeting in which regional security and defense issues were discussed.

The summit on Monday is a follow-up of the landmark Astana talks on Syria.

The Astana peace process aimed at ending the Syrian conflict was launched in January 2017 by Russia, Iran and Turkey. So far 13 rounds of talks have been conducted in Kazakhstan's capital Astana, which was recently renamed Nur-Sultan.

The zone is currently inhabited by about 4 million civilians, including hundreds of thousands of people displaced in recent years by regime forces from cities and towns throughout the war-weary country.