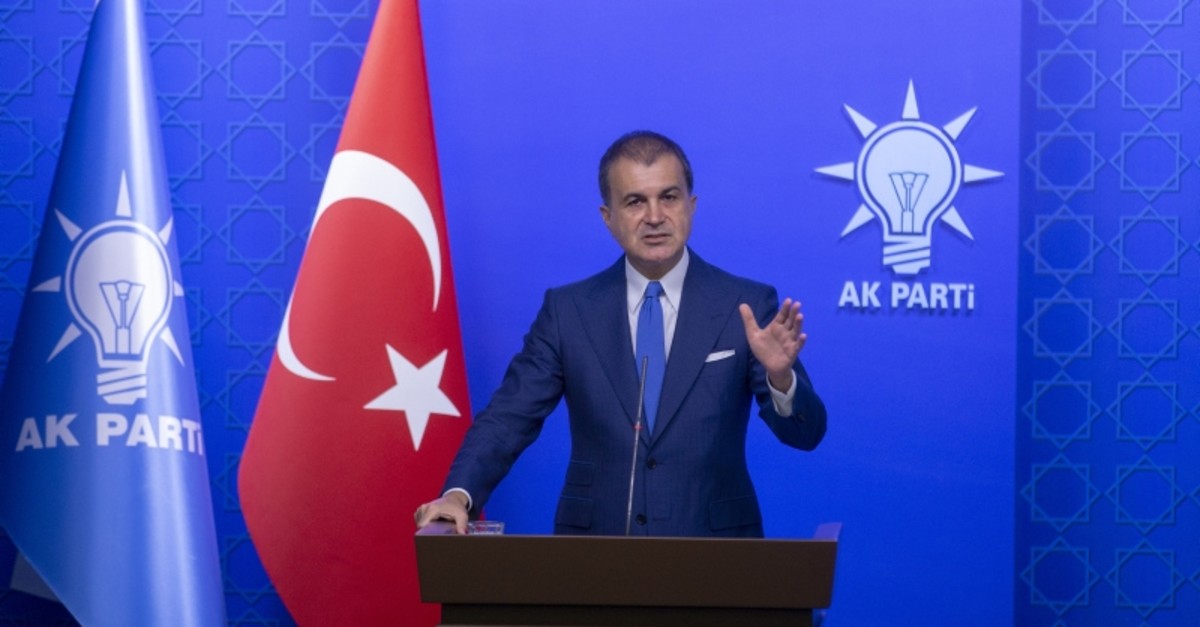 Turkey is seeking a political settlement to the lingering conflict in Syria and the elimination of threats on its southeastern border, the country's ruling Justice and Development Party (AK Party) said Wednesday.

Referring to a trilateral summit on Syria in Turkey earlier this week, party spokesman Ömer Çelik said: "It was extremely important for all three leaders to oppose these separatist agendas."

Turkey has often highlighted a terror corridor along its border with Syria, referring to the terrorist PKK-linked People's Protection Units (YPG) presence there.

State heads of Russia, Iran and Turkey attended the summit, reiterating that the peace process in Syria has to be led and owned by its people.

"Turkey continues to work with other parties as well as with Russia to control the situation in Syria's Idlib," Çelik added.

Last September, Turkey and Russia agreed to turn Syria's northern Idlib province into a de-escalation zone in which acts of aggression would be expressly prohibited.

In its more than 30-year terror campaign against Turkey, the PKK -- listed as a terrorist organization by Turkey, the U.S. and the EU -- has been responsible for the deaths of some 40,000 people, including women, children and infants. The terrorist YPG is the PKK's Syrian branch.