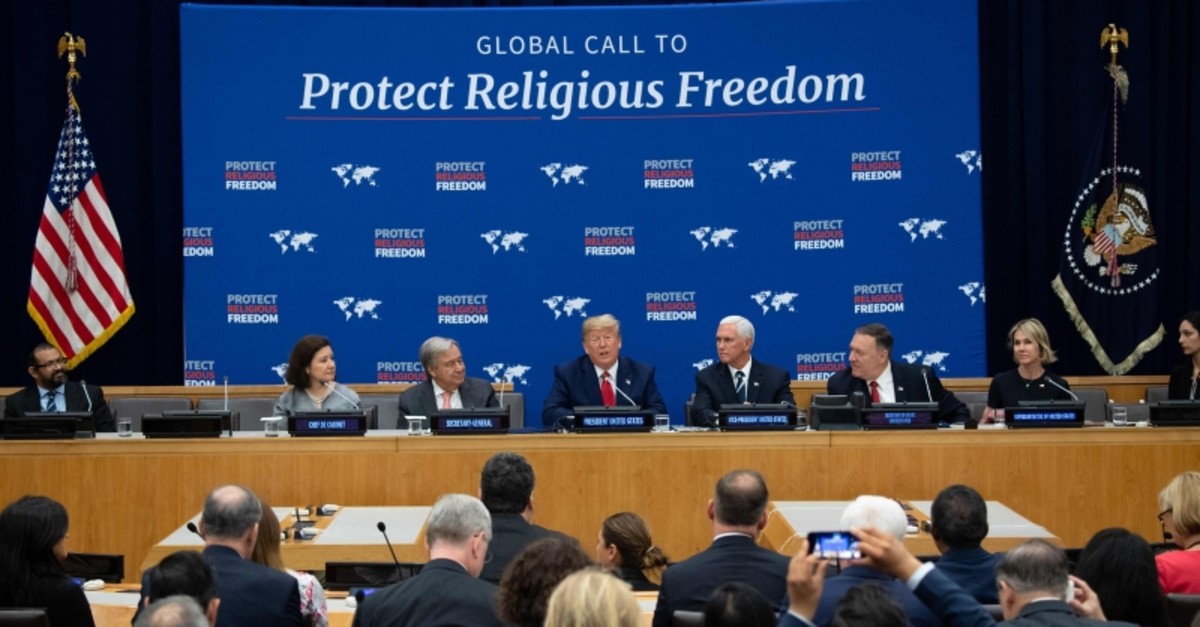 Trump said his administration was "thrilled" to secure Andrew Brunson's release following "a very short and respectful negotiation with a very strong man, and a man who has become a friend of mine, fortunately, President [Recep Tayyip] Erdoğan of Turkey."

"I called the president and I said 'he's an innocent man.' They'd been trying to get Andrew out for a long time," Trump said, referring to the Obama administration during an event on religious freedom at the U.N. 74th General Assembly. "I don't think they tried too hard unfortunately. But I want to thank President Erdoğan, and I want to thank you pastor for being here with us today."

Brunson, who was released in October after being charged in the Turkish province of Izmir with being a member of the Gülenist Terror Group (FETÖ), was among attendees at the U.S.-hosted session.

"We ask the governments of the world to honor the eternal right of every person to follow their conscience, live by their faith and give glory to God," Trump said, as he announced an additional $25 million in funding to protect religious liberty, as well as religious sites and relics.

U.N. Secretary-General Antonio Guterres used his time addressing the panel to lash out against religious persecution, saying it is "totally unacceptable" for individuals to have their religious freedoms curtailed in the modern age.

He further criticized those who seek to exploit religion for their own ends, cautioning "we must be vigilant about attempts to instrumentalize religion and identity to restrict the full enjoyment of rights by others and to perpetrate or justify inequalities."