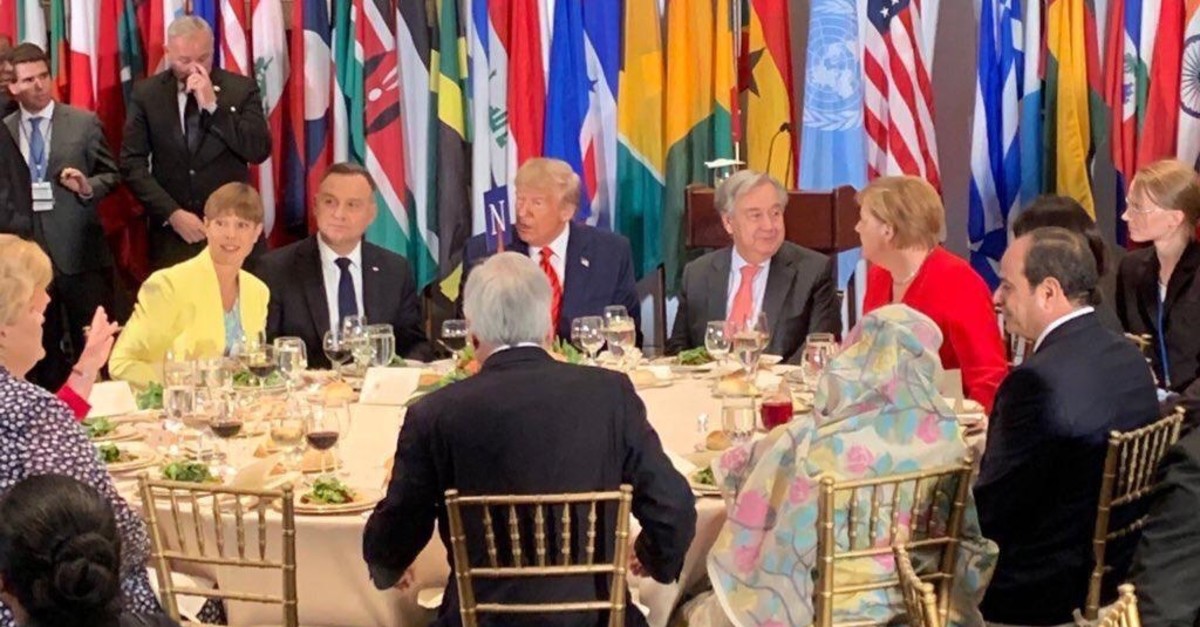 Erdoğan was expected to be on the same table with Trump after the United Nations General Assembly, yet due to el-Sissi's presence, he and his delegation reportedly went back and sat for lunch at another table. Trump previously called el-Sissi his "favorite dictator," a remark that shocked the audience due to its brazenness.

Erdoğan also previously urged U.N. to launch an official investigation into the death of Egypt's first and only democratically elected President Mohammed Morsi.

"They didn't make the slightest intervention as the country's first democratically elected president suffered for more than 20 minutes. They didn't deliver his remains to his family or let him be buried in his hometown per his will," Erdoğan said, blaming Abdel Fattah el-Sissi for Morsi's death.

"Sissi is a tyrant, not a democrat," Erdoğan said.

"I hope the U.N., which found Turkey's stance on Jamal Khashoggi's murder right, will also handle the suspicious death of Morsi," Erdoğan said.

Erdoğan said Turkey would also use every available resource within the confines of international law to shed light onto Morsi's death.

Morsi was elected president in 2012 but was ousted in a military coup a year later. The military, then led by incumbent President Sissi, crushed the Muslim Brotherhood movement in a major crackdown, arresting Morsi and many others of the group's leaders, who have been in prison undergoing multiple trials ever since the coup.

According to his family, Morsi had diabetes and kidney disease and had not been provided with proper medical treatment.