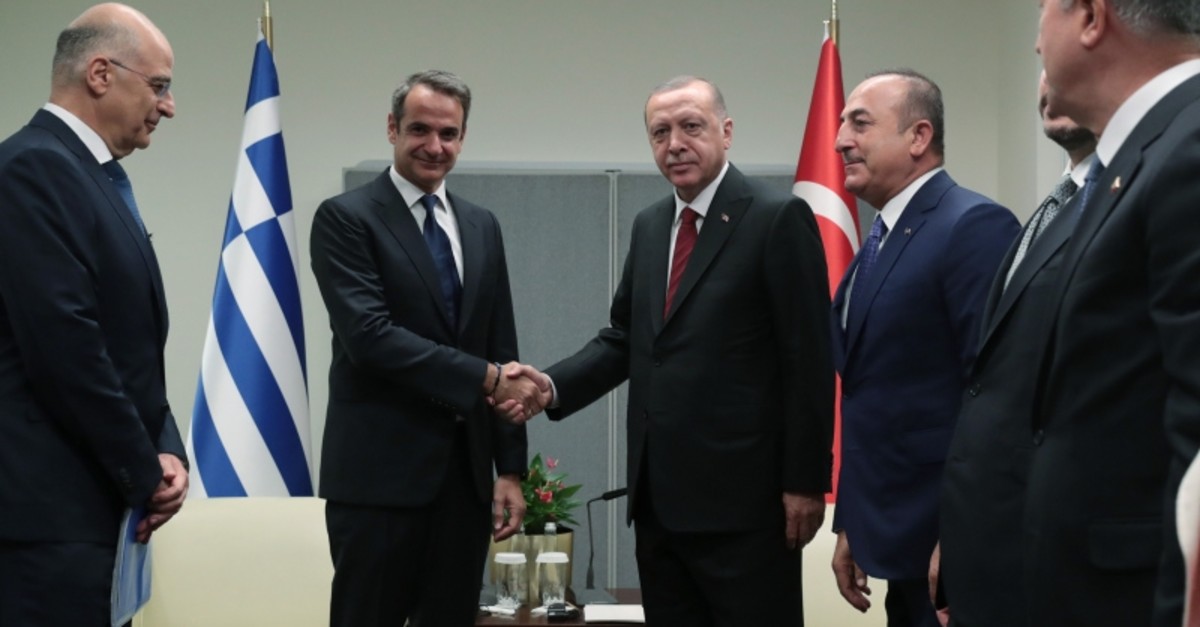 President Recep Tayyip Erdoğan on Wednesday continued his busy schedule of meetings with world leaders on the sidelines of the 74th session of the United Nations General Assembly in New York.

Erdoğan later met wtih Fayez al-Sarraj, chairman of the Presidential Council of Libya, at the Peninsula Hotel where the Turkish president is staying this week.

Erdoğan also met with the Prime Minister of Czechia, Andrej Babis, in a meeting that was closed to the press at the Peninsula Hotel.

Earlier in the day, he met with Croatian President Kolinda Grabar-Kitarovic at the U.N. Headquarters.

Erdoğan will be in New York through Friday. He addressed the General Assembly Tuesday morning on the first day of general debate.

His visit to New York has included numerous meetings with other heads of state and government and with religious groups including Muslim and Jewish leaders.